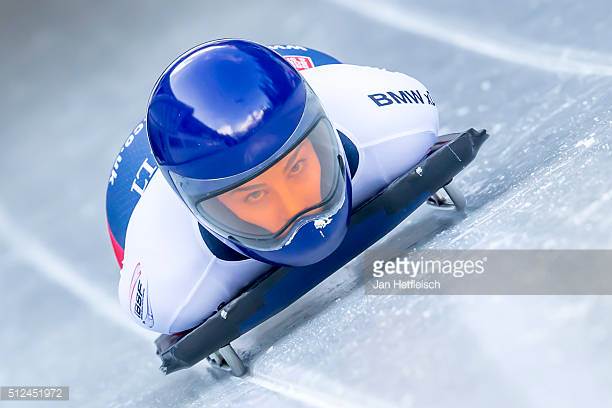 The 32-year-old Wrexham slider finished 15th overall after producing two runs that were both among the top 10 fastest times in Altenberg.

But Wales’s Olympic bronze medallist was left to wonder what might have been having been lying 18th after the first day.

“Tough trying to come back from such a disappointing first day but I left it all out there today,” said Deas on twitter.

Deas’s first run on Friday of 58.58 secs proved to be her quickest of the championships – and was well over a second faster than her opening run on Thursday.

The time was the seventh fastest of all the sliders and moved her up to 16th spot.

Then on her final run, Deas clocked 58.73 – the eighth quickest overall on that run – to move her one place up the final standings in 15th spot.

You have to take your 🎩 off to 🇩🇪 Tina Hermann – having been 11th after Run 1, she’s somehow retained her 🌍 title! 🇬🇧 @Pitterbread1 & @skeletonlaura finished 14th & 15th respectively, with @BroganCrowley 23rd. Loelling took 🥈 & Nikitina 🥉 #worldchamps

Deas’s aggregate time of 3:56.76 was 3.79 secs slower than Germany’s Tina Hermann who became the first slider to win four world titles, adding to her victories in 2016, 2019 and last year.

The 27-year-old triumphed after lying 11th following the first run. She responded by setting the fastest time on the next three runs.