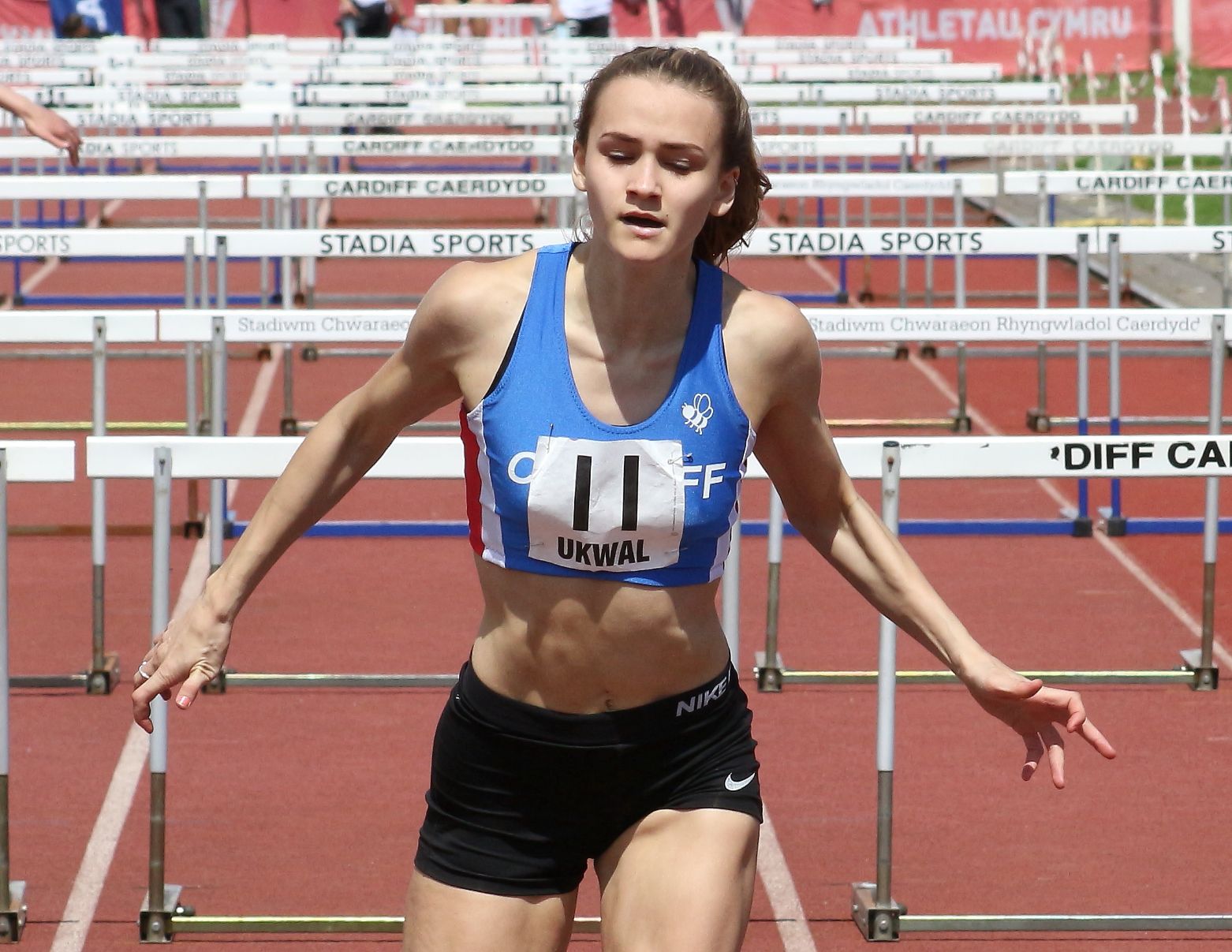 Lauren Evans and Lemarl Freckleton were two of the stand-out performers on the first day of the Welsh Athletics Championships in Cardiff on Saturday.

With members of the Welsh Commonwealth Games athletics team announced on Wednesday being introduced to the crowd, Evans celebrated her own selection for Birmingham in fine style.

The Cardiff heptathlete, who received an invitation to join Team Wales direct from the Commonwealth Games Federation, marked the achievement by winning the 100m hurdles Welsh title at the city’s International Sports Campus in Leckwith.

Evans’ success was particularly impressive as it was achieved against a line-up which featured multiple Welsh 100m and 400m hurdles champion Caryl Granville, who represented Wales at the last Commonwealth Games in Australia.

In a thrilling photo-finish, Evans claimed the Welsh title in 13.62 – the same time clocked by Granville.

The time would have been a new personal best for the 21-year-old, but for a 3m/s tailwind.

However, Evans was delighted with the performance especially as it followed on from a wind assisted 13.72 in the heats and a legal 13.84 personal best at last month’s England Athletics Combined Events Championships in Bedford.

“A couple of sub-14 second runs, I know it was windy but to be sub-14 consistently now is great,” said Evans.

Especially following on from the excellent performance in Bedford which ultimately clinched her place in Birmingham.

“I’m so happy,” said Evans of her selection. “I managed to get the performances I needed in Bedford. Every event pretty much, apart from one went my way.

“But I’m so happy with the hurdles. Sub-14 has been a long time coming, so that helped push my points up and everything was solid after that.

“I’m so excited about the Commonwealth Games, it’s a great opportunity! I knew it was a possibility, but I still had to get a certain standard. It’s just putting it together over two days. I can’t wait!”

Freckleton was equally thrilled with his Welsh title after a number of silver medals at Welsh outdoor champs.

“I’ve had a lot of silvers. I think I’ve got about five or six, but this is my first senior title outdoors.

“It feels like a weight has just been lifted. It wasn’t something that we were expecting this year especially as I’ve had a lot of work and stuff going on. So, it’s incredible, it’s been a long time coming. The feeling is unmatched.

A “lot of work and stuff going on” is something of an understatement. Freckleton’s music career has rocketed over the past couple of years.

“It’s been insane. It’s probably got even bigger this year. I’m so lucky that I’m able to still do stuff that I love like athletics, as well as make music and stuff. So yeah, it’s been class . . . a good two years for me!

“I’ve got a new project coming out that we’ve been working on, I’m going to LA in September for a while to live and do some writing, etc.

“I’ve got a documentary on the BBC coming out this year. So yeah, a lot on music-wise.”

But there is always time for athletics.

“You just make room for it,” said Freckleton. “People go to the gym, they work out etc. I just go to the track every morning to do my session. I just make time for it because I love it so much.”

After clocking a time of 21.53 in the final, having won his heat in 21.57, Freckleton said he feels he can go faster.

“This is only my second run over 200m this year, so it’s early still for me. I’m going to keep plugging away. I reckon there is a fair bit left in me.”

It was Pembrokeshire’s James Tomlinson who took the Welsh title with a distance of 54.58m.

Elsewhere in the throws, Swansea Harrier Bethany Moule won the women’s javelin title thanks to a best of 42.84, while Cornwall’s Patrick Swan took the shot put title with a distance of 17.46.

Other track highlights saw Nia Riley, of Liverpool Harriers, win the women’s 800m title in 2:13.91, while Joseff Morgan, of Menai Track and Field won the men’s title in 1.57.11.

Teen sprint sensation Nel Desir, of Cardiff Archers, produced a dominant display in the under-15 girls 200m winning in a wind-assisted time of 24.30, which was faster than Hannah Brier’s championship best performance of 24.87 set back in 2012.

There was an equally impressive win for Swansea Harrier Libby Hale in the girls 800m where she was the runaway winner in a time of 2:15.56.

Full results from Saturday’s action and a full schedule of Sunday’s second day can be found on the Welsh Athletics website.