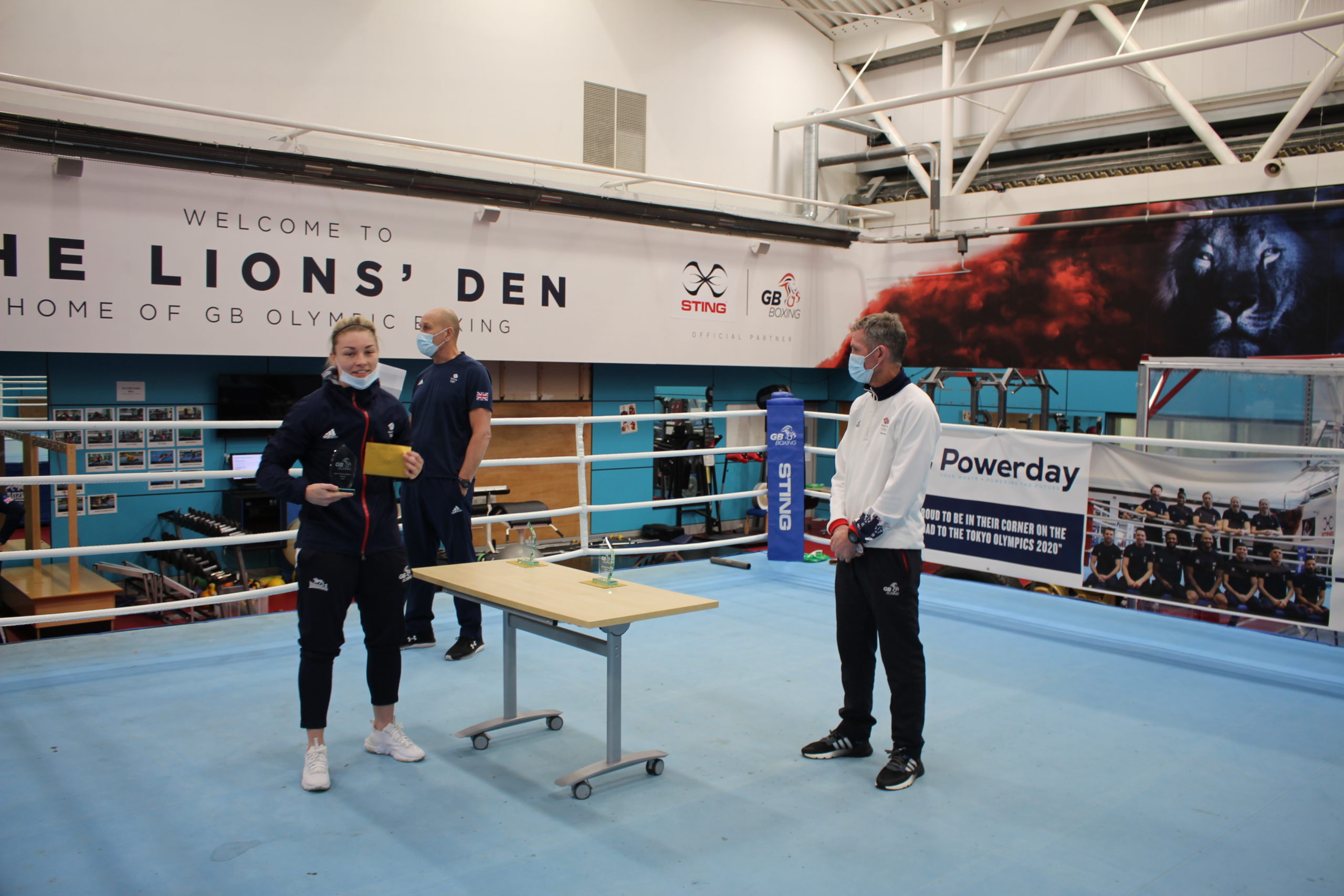 Lauren Price has been named GB Boxing’s Best Female Boxer for the third year in a row.

The 26-year-old picked up the top gong in a belated ceremony at GB Boxing’s gym at the English Institute of Sport Sheffield under strict social distancing protocols.

Middleweight Price won the world championship in October 2019 and in September 2020 was ranked No.1 in the world by the international governing body, AIBA.

The Newport fighter retuned to the ring after a 16-month absence last month to take silver in a tournament in Hungary.

Price is targeting this summer’s Olympics when she will be looking to add Games gold to her world, European and Commonwealth games titles.

GB Boxing’s Performance Director, Rob McCracken said: “2020 was a very usual and severely disrupted year when many of the boxers did not get to compete.

“However, several members of the squad did get the chance to box and have made great progress in the last 12 months so it we felt it was important to recognise their success and achievements.

“Despite the challenges, all of the winners have had a very good year in 2020 and thoroughly deserve their awards.”