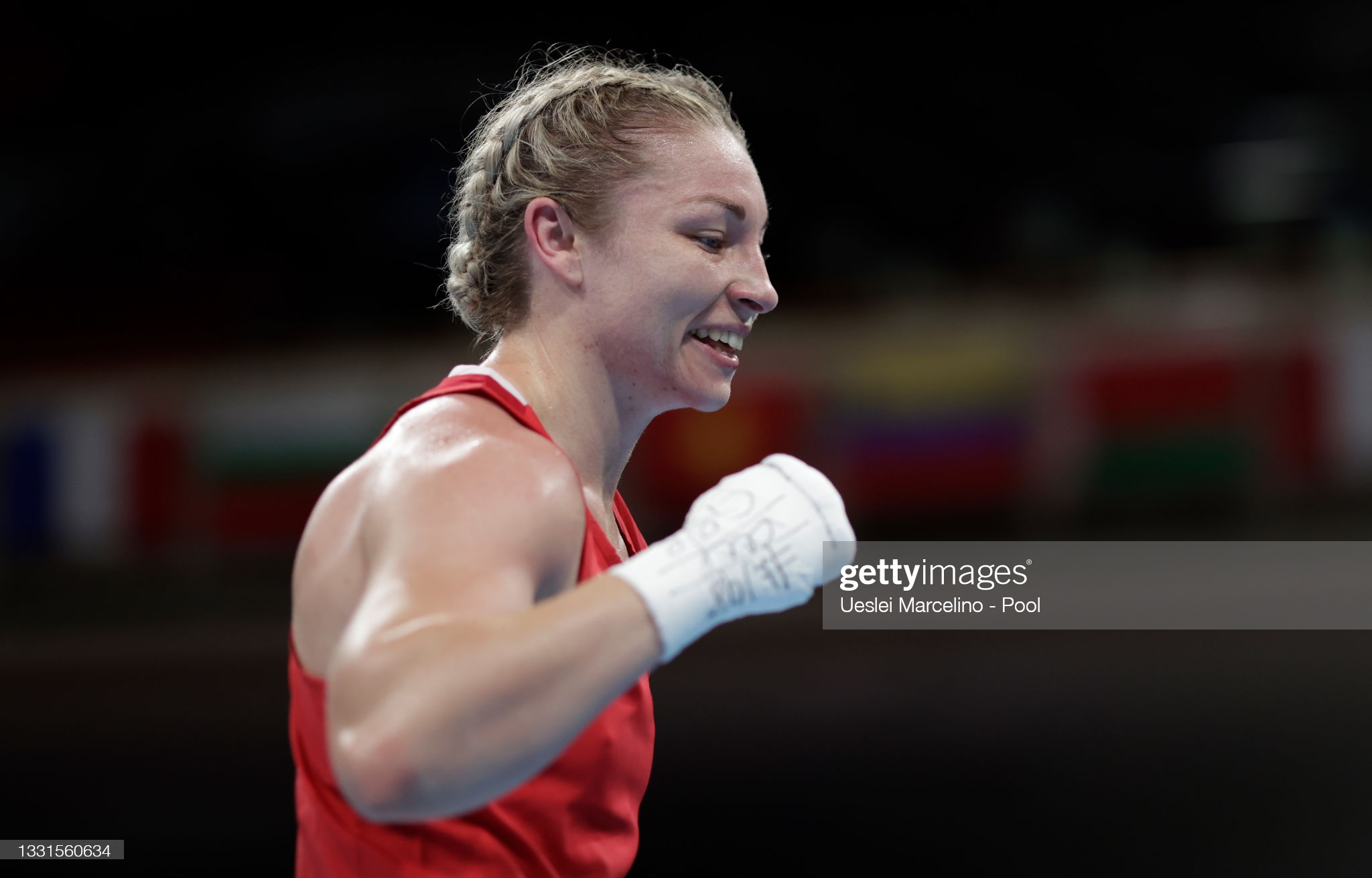 Lauren Price insists she holds no fears about facing old foe Nouchka Fontijn in a shoot-out for an Olympic final.

The Welsh boxer has her sights set on a gold medal after guaranteeing herself at least a bronze for Great Britain with a quarter-final victory in Tokyo.

Price, the world champion from Ystrad Mynach, will face Fontijn of the Netherlands in the semi-finals after beating Panama’s Atheyna Bylon, 5-0, on Saturday.

She will go head-to-head with Fontijn next Friday, the opponent who initially beat her in the World Championship final two years ago before Price successfully overturned the judges’ scorecards on appeal.

“The rivalry between me and Nouchka is one of them really,” said Price, who will become the first female boxer from Wales to win an Olympic medal.

“But we are all top class girls and it’s who is better on the day, but I don’t fear her. I’ve beat her before so I’m ready to go.

“I always want to go on and I believe that I am in the best shape of my career. I’ve got five days off now so it’s a case of going back, doing the right thing and a bit of light training. I don’t want to slug around in my room for five days.”

Price, 27, says the prospect of breaking new ground as a Welsh female boxer is driving her on.

The former Wales international footballer added: “I was the first girl in the Commonwealth Games (to win a medal in 2014 and then to win gold in 2018). I’m making history all the time, it’s a bit crazy really.

“But I am just loving the journey. It hasn’t really sunk it yet that I’m an Olympic medallist but I’m over the moon.”

“This has been my dream since I was an eight-year-old. Just to be an Olympian, let alone medal. I cannot really put it into words what it means to me yet.

“I was a bit emotional in the ring as soon as it finished as I knew the decision as we get the scores as we go along. It was kind of hard to hold it in, but it’s been emotional this week as well seeing the whole team medalling.

“I listened to my corner and I’m an experienced girl now. But they know me inside out and as long as they are talking me through the fight then I’m 100% confident in how it’s going.

“When I go back to the corner and get a little tap on the shoulder I know I’ve done well. I just keep it going and listen to them. I have got every faith in them and that’s a big thing as well. I’m just over the moon really.”

For her part, Fontijn said she was happy to fight an opponent that deserved to be in the medals round.

“Our last four or five matches were all very close so it’s going to be an exciting match and we need to prepare very well for that,” the Rio silver medallist said.

“I know a lot of people think she’s the only one on my mind but the only thing on my mind are medals and she’s just one other opponent.”