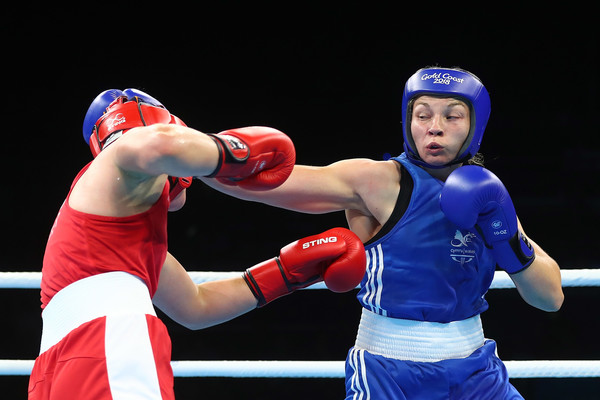 Lauren Price and Rosie Eccles are both certain of winning a medal at the Bocskai Memorial Tournament in Hungary.

World and European champ Price ended a 16-month spell out of the ring with victory over Gabriele Stonkute in Debrecen.

The Newport fighter beat the Lithuanian by unanimous decision to seal her place in the semi-finals.

Back after 1️⃣6️⃣ months and she’s already secured a medal & a place in the semi-final – congrats, Lauren. 👏 pic.twitter.com/0QJHUefBmj

Price, who also won Commonwealth Games gold in 2018, is certain of winning bronze at least.

Middleweight Price has not fought since winning the world title by beating Dutch veteran Nouchka Fontijn in October 2019.

Eccles is also guaranteed at least a bronze after stopping quarter-final opponent Nora Halasz of Hungary in the 69kg category.

The Caldicot welterweight followed up her victory over Italy’s World Championships silver medallist Angela Carini in her opener.

Eccles had been out of the ring for almost a year but her performances will boost her hopes of qualifying for the Olympics.