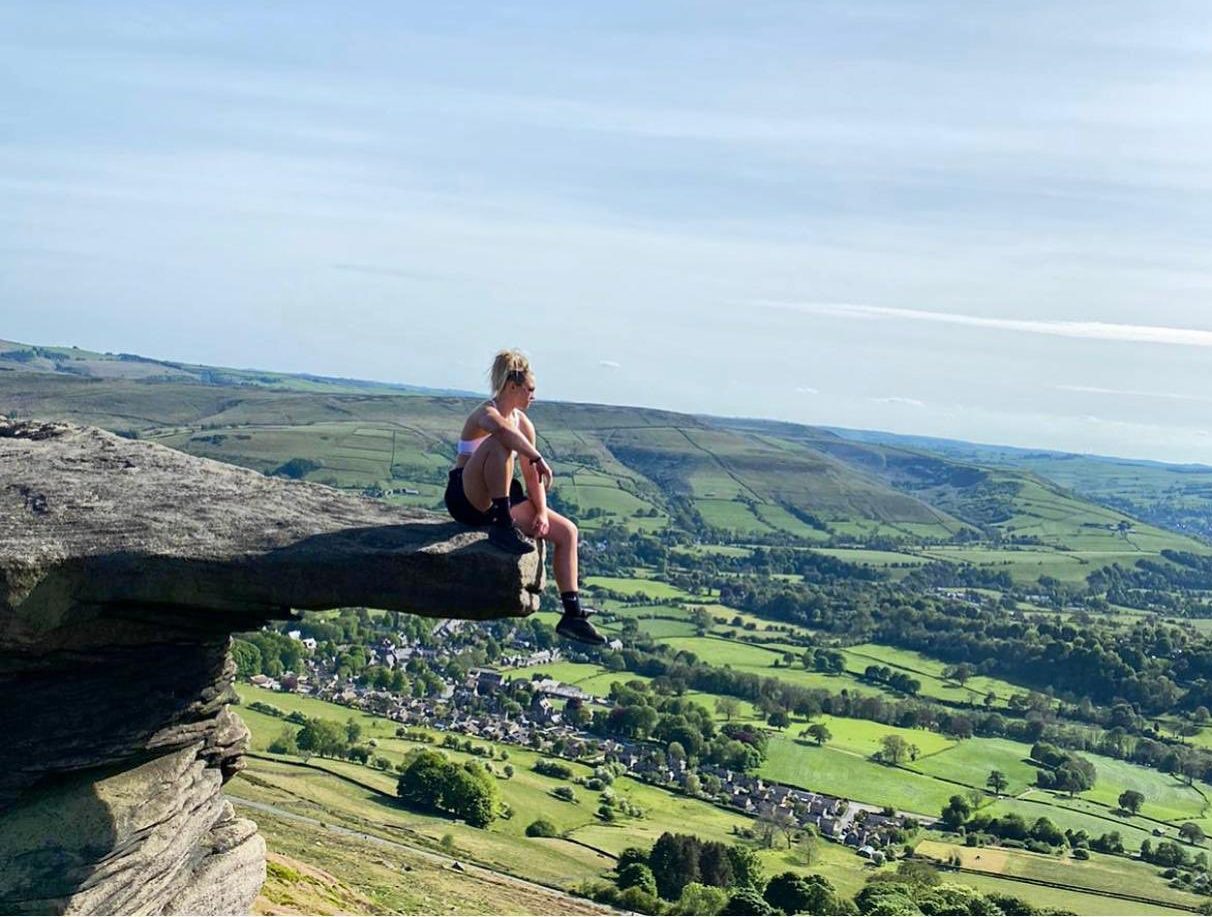 Lauren Price at Bamford Edge in the Peak District.

World boxing champion Lauren Price was ready to realise her ambition of reaching an Olympic Games when the coronavirus swept in to scupper her plans in March.

The 26-year-old from Newport was less than 24 hours away from fighting for her place in Tokyo at a qualifying tournament in London before organisers determined it too risky for the tournament to continue.

Instead of basking in the glory of another momentous moment in her career, Price headed for lockdown in her flat near the GB training base in Sheffield, with team-mate Kariss Artingstall for company.

Price says: “I was devastated at the time because I had put in so much hard work and we were in a great place as a team, both physically and mentally.

“But you can either dwell on it or take it as a positive. Athletes live a selfish life, being away all the time doing what we love – definitely boxing is my life but it opens your eyes when you can’t see your family.”

Price, who is now back training in a social-distancing environment in the GB gym, will be one of the favourites at the delayed Tokyo Games after clinching her first world title in Russia in October last year.

And she is determined to use the enforced delay to wipe away her frustrations and emulate two-time champion Nicola Adams by standing on top of an Olympic podium.

“The last couple of years have been a bit mad,” she says. “It’s good to be back but I think it’s done us all good to have a break as well. I think in the long run it will do us a lot of good.

“We have no idea when we’re going to box again and it is a struggle sometimes to get motivated, but I look at the bigger picture and it gives me another year to improve.”

Bike rides of over 30km, off-road in the Peak District, and even feeding the ducks replaced sparring under the gaze of GB coach Rob McCracken.

Price is now back in socially distanced training and revealed the impact of an early quiet word from McCracken, also Anthony Joshua’s trainer.

“In the first couple of days, Rob came up to me and said ‘we’ve been away for a long time but you still look sharp.

“That gave me such a boost and so much confidence to hear it from him, to know that I’d done good work in lockdown and kept ticking over.

“Being back with the coaches makes it feel more real and it’s nice to get feedback like that again.”

Price has nearly got the set in the amateur boxing game, crowned world champion in 2019 after a successful appeal of a split decision initially in favour of Netherlands’ Nouchka Fontijn.

She beat Fontijn, silver medallist in Rio, to European Games gold earlier last year and also topped the podium at the 2018 Commonwealth Games.

All that remains, then, is an Olympic gold medal she has coveted for nearly 20 years, when she decided as a child she’d either go for gold or play football for Arsenal.

“Being an amateur boxer, the Olympics is the pinnacle and it’s the biggest sporting event in the world.

“I remember watching Kelly Holmes in 2004 and I’ve wanted to be a part of it since then.

“I represented Team GB at the European Games and that gives you a taste for it. That was great, so I can’t imagine what an Olympics is going to be like.

“It’s been my dream since I was eight years old, so that’s not going to change.”