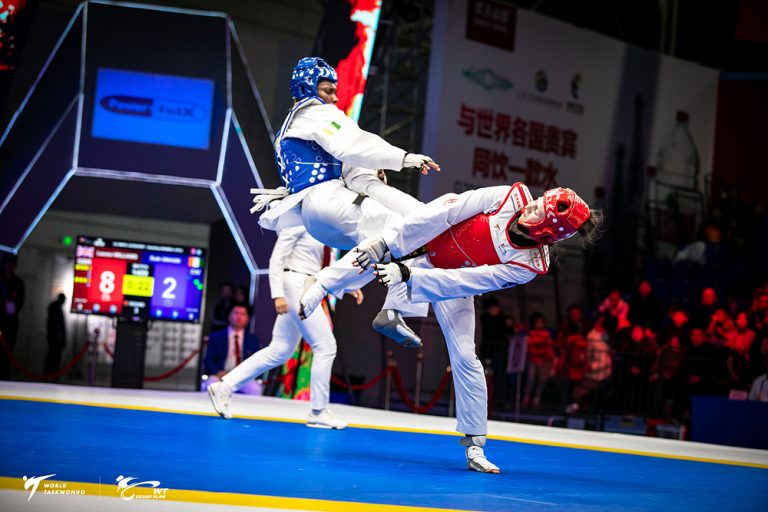 Lauren Williams was hoping to make it a hat-trick of titles but had to settle for silver.

Lauren Williams is switching her focus towards the Tokyo Olympics after narrowly losing her European Taekwondo crown after a hard-fought battle in Sofia.

The Gwent fighter lost out 13-10 to Croatia’s Matea Jelic 13-10 in the -67kg category having battled through an injury-hit build-up to the championships.

Williams was hoping to make it a golden double for Wales with Jade Jones having triumphed in the -57kg category on Friday.

She was also hoping to emulate Jones by claiming a hat-trick of titles following her victories in Montreux in 2016 and Kazan in 2018.

4 weeks ago, I tear a knee. 8 days ago, I snap an ankle .. fast forward 7 days I make a 4th European Final 👏🏼 I. am. Proud! Owning this silver medal!! pic.twitter.com/6AJSOSMzgE

“For the first 10 minutes or so after losing I was gutted,” said Williams.

“But I am really proud of myself for getting this far and for what I have achieved.

“My preparation was far from ideal but I still made the final and got major experience again under my belt.

“So, I am happy and content with what I have done. And there is so much more to work on which I am excited about.”

Williams, who has qualified a spot at the Olympics in Tokyo, had booked her place in the final with a 18-8 victory over Turkey’s former world champ and double Olympic silver medallist Nur Tatar in the semi-final.

The 22-year-old had guaranteed herself a medal after overcoming Farida Azizova from Azerbaijan 16-12 in the quarter-final.

Williams opened her campaign in the Bulgarian capital by beating Denmark’s Jasmin Andersen 26-15.

“I came for gold but on reflection, I am more than happy,” she added.

“But I didn’t get to the ring alone. So, a huge thanks to my coach Mike Harvey and the guys you don’t see from strength and conditioning, physio and the psych team at GB Taekwondo. They were a massive support in the lead up to these championships.

“Now, it is time to go back, rest up and hit the ground running for the one when it really matters.”