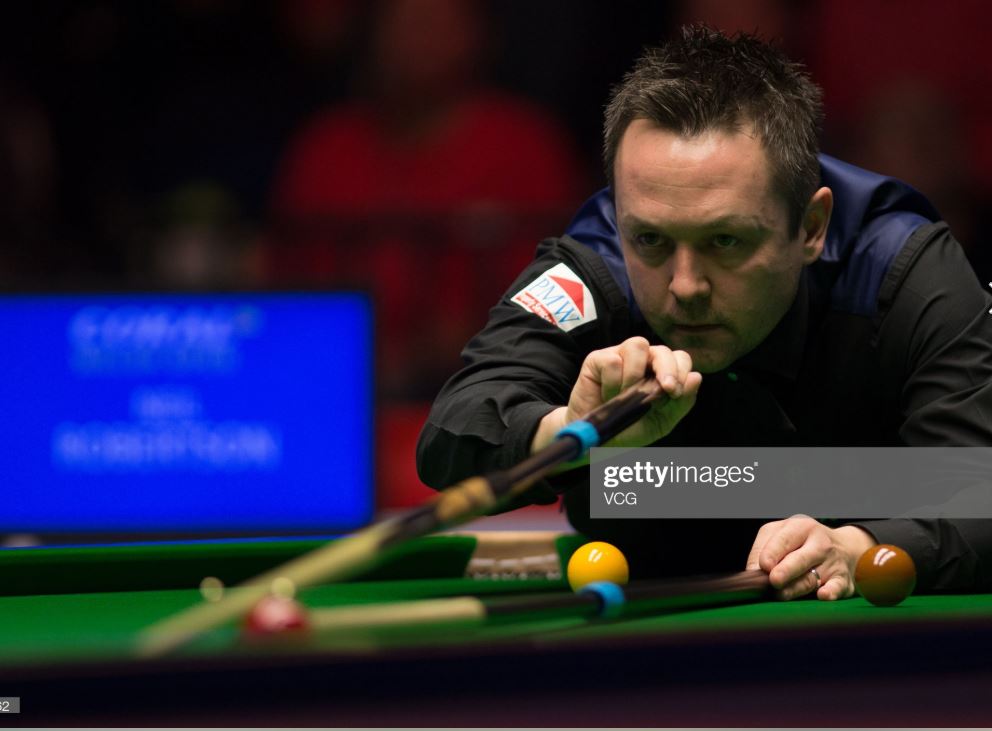 Lee Walker claimed one of the biggest scalps of his 25-year career by knocking world number one Judd Trump out of the 19.com English Open.

The Gwent player had tasted victory just once this season before the tournament began, but made it three wins in as many days to set up a last 16 clash with Gary Wilson.

In a high quality match, Walker stunned the world champion by taking the opening two frames with breaks of 74 and 67, only for Trump to reply with back-to-back centuries.

Another half-century was enough to leave the 43-year-old needing one frame for victory – and when he coolly compiled a 65 break in the sixth to leave Trump needing snookers, the match looked over.

But the ‘Juddernaut’ battled on, and when Walker hit the black trying to escape a snooker on the yellow – and then committed another foul – suddenly Trump could tie with all the colours.

He potted yellow and green, but after another safety exchange, Walker rolled in a long brown to clinch a memorable 4-2 win.

“It was a bit nervy out there towards the end – not what you want at my age!” said the Newport-based professional.

“I think that’s up there with the best game I’ve ever played, in terms of the quality of the match as a whole.

“My form in practice has been good, but it’s always difficult to take that into a match.

“You need the rub of the green a little bit, especially against these top players.”

The gulf in rankings – Walker is currently 80th in the world – is mirrored by their respective earnings.

World champion @judd147t is knocked out by Lee Walker in the #EnglishOpen.

Since the beginning of last season, Trump has amassed £1.2m in prize money – while Walker has less than £23,000 to show for his efforts.

This victory guarantees at least £7,500, trebling his season’s earnings so far.

“It’s very hard for us players lower down the rankings to go far in a tournament because of the format,” said Walker, a world championship quarter-finalist back in 1997.

“Chances are, you’re going to be drawn against a top 16 or top 32 player in the first round.

“It’s quite easy to go six or seven matches without winning – and when you lose in the first round, you don’t usually pick up any prize money.”

Walker looked to heading home from Crawley on Wednesday night as he slipped 3-0 behind to Robbie Williams in their second-round match.

And he claimed his stunning comeback gave him just the boost he needed ahead of a meeting with the in-form Trump.

“The way I played to win last night gave me a lot of confidence today,” said Walker.

“At 3-0 down, Mark Williams had the car started – he was ready to give me a lift home!

“It was nice to keep him waiting!

“And to beat the world number one and world champion on a TV table is very pleasing.”

While Walker has carved a successful career as snooker coach over the last decade, he has also drawn attention for the speed at which he plays the game.

As in golf, slow play has come under increasing scrutiny recently.

World number 80 Lee Walker pulls off a shock 4-2 victory over world number one Judd Trump to advance to the Last 16! #EnglishOpen pic.twitter.com/ZKQi3nKpcQ

And the ‘average shot-time’ clock makes for pretty uncomfortable reading for Walker – of the 128 players on tour, he is ranked the second slowest.

“I don’t play slowly to deliberately try and put opponents off,” he insisted.

“It’s just that there’s so much pressure out there.

“I do think I’ve speeded up a bit recently, though!

“I’m trying to play a bit quicker – you can see that in some of the breaks I’m knocking in.”

Walker already has the satisfaction of having progressed further than any of his compatriots at the K2 Arena.

Dominic Dale – the only other Welshman to reach the last 32 – fell to a 4-2 defeat at the hands of China’s Tian Pengfei.

Trump was not the only top-16 player to taste defeat in the third round.