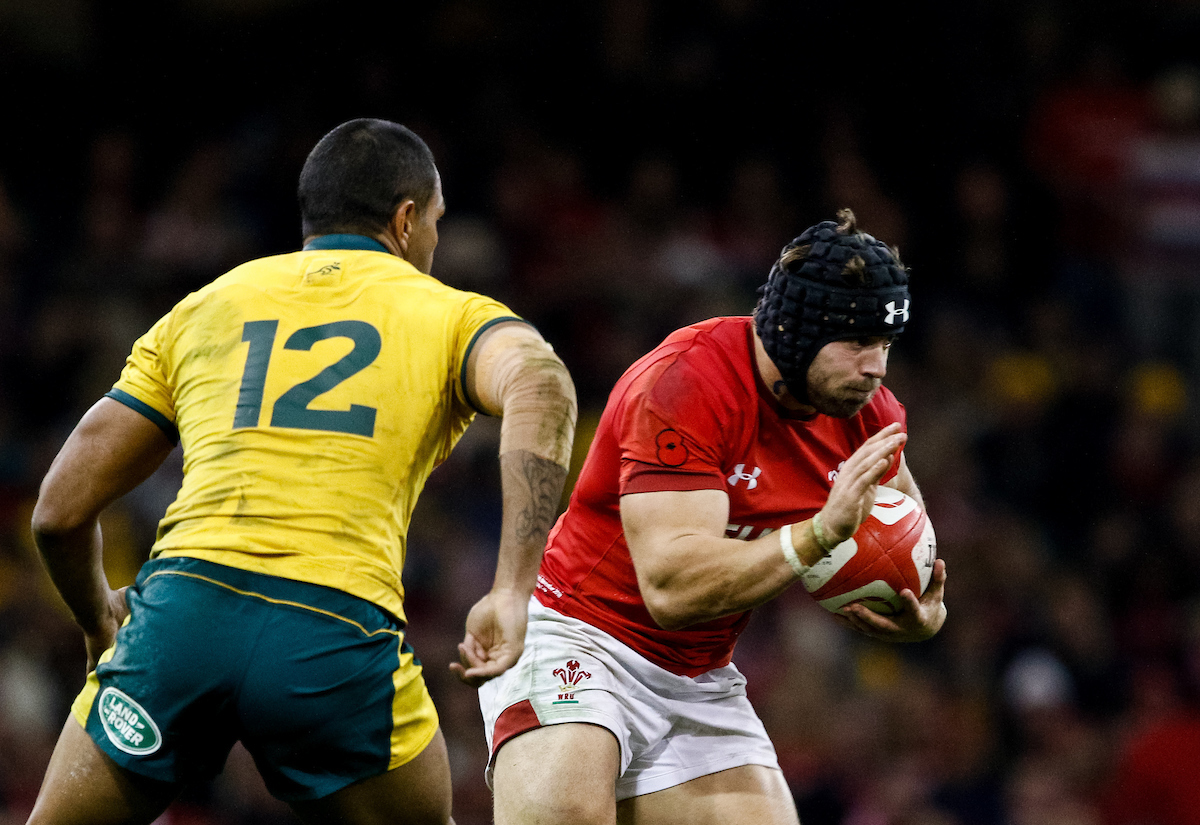 So when is a late tackle, not a dangerous or intentional late tackle? When it lays out a player in front of the referee and forces him to miss three months of rugby, obviously.

New Zealand referee Ben O’Keeffe, Irish TMO Simon McDowell and Kiwi Citing Commissioner Keith Brown should be hanging their heads in shame at the news from the Scarlets today that Leigh Halfpenny is likely to be out of action for another month or more due to the concussion he suffered on 10 November against Australia.

O’Keeffe and McDowell decided that Wallaby wing Samu Kerevi’s contact in the 74th minute with the Welsh full back was merely a ‘rugby incident’.

It concussed the player, incensed Wales coach Warren Gatland and started a fight among irate fans in the stand.

Also in the dock should be World Rugby, who experienced a shocking autumn with late and high tackles going unpunished all over the northern hemisphere.

For Halfpenny still to be missing at the start of the Guinness Six Nations Championship next month shows what an appalling decision it was from O’Keeffe to downgrade the contact.

Halfpenny’s latest setback comes on the same day that Ospreys centre Ben John has announced his retirement from the game at the age of 27 after a year spent trying to overcome a concussion injury suffered against the Scarlets on Boxing Day 2017.

The world governing body have made some positive steps to try and make the game safer in the area of contact with the head as they belatedly try to get to grips with the whole area of concussion.

But those attempts are being undermined by referees making mistakes and for those errors to be compounded by officials reluctant to take to task the men in the middle.

What is needed is a much more open, process where wrong decisions can be admitted to without fear it will ruin a ref’s career.

Scarlets head coach Wayne Pivac, who has been without Halfpenny over the Christmas and New Year period, said: “Leigh has seen the specialist and he won’t be used for the next three to five weeks. He’ll continue training and then he will be reassessed.

“It will be somewhere between three to five weeks, but these things take time. We will pass on the medical information to Wales and it will then be Warren’s call as to what he does.

“Leigh is running, he’s training, but from time to time he’s been having bouts of headaches.”

Bath No 8 Taulupe Faletau has not played since breaking his arm in October while Liam Williams has only just returned to action for Saracens. Aaron Shingler and Ellis Jenkins are long-term casualties.

“Leigh is world class. He’s as frustrated as anybody is, but his health and well-being comes first,” said Pivac.

“Lots of players have come back from it (concussion) before. There’s no reason why that won’t happen with Leigh.”

“Justin Tipuric and Aaron Shingler have had spells out, and both those players have returned to the top of their game at some point.”

Wales’ opening Six Nations game is against France in Paris in February 1, followed by an appointment with Italy in Rome eight days later.

Halfpenny, 30, went off late in the Australia match after being on the receiving end of a late challenge from Kerevi, who avoided any punishment.

He was selected to play for the Scarlets against Cardiff Blues 10 days ago, but was a late withdrawal after suffering headaches.