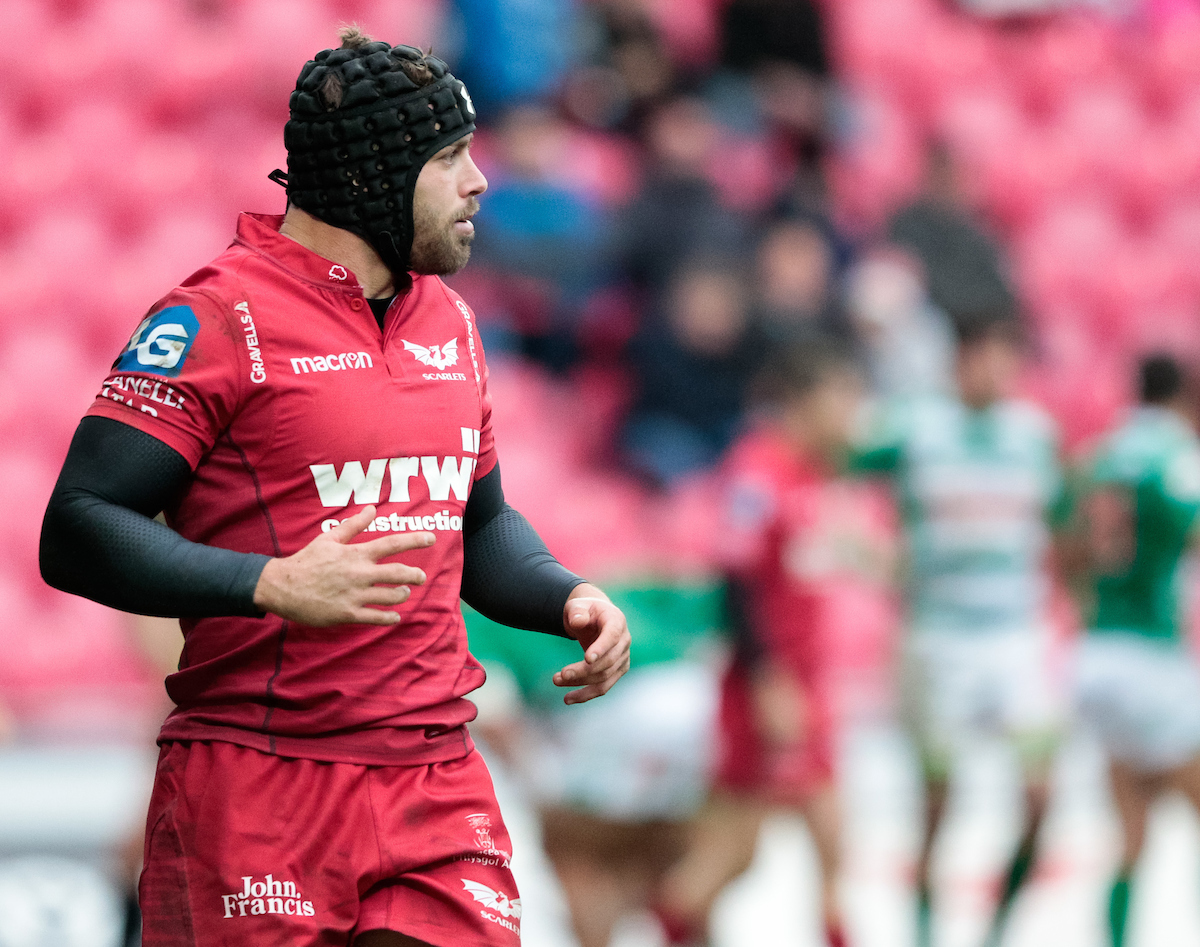 Leigh Halfpenny has been labelled a true champion by Scarlets coach Brad Mooar after his goal-kicking decided a tense derby against Cardiff Blues.

The Blues had been resurgent but they missed the chance to record a hat-trick of festive Welsh derby victories as the Scarlets sneaked a 16-14 win before a sell-out crowd at the Arms Park.

After wins over the Ospreys and the Dragons, the Blues were narrow favourites for victory but poor goal-kicking cost them the match.

Halfpenny made them pay with three penalties and the conversion of a try from Gareth Davies.

The Blues’ tries came from Owen Lane and Josh Adams, with Jarrod Evans and Jason Tovey each adding a conversion.

Halfpenny will have to challenge Liam Williams for a the No.15 spot next season when his Wales teammate rejoins the region, but Mooar insisted both players still have a huge part to play in the team’s future, however they decide to fit them into the line-up.

Mooar said: “Leigh is in a real purple patch in his career at the moment. He is a champion, he is loving his rugby and is bouncing into work.

“He is an absolute professional in how he prepares; for our younger players watching a bloke prepare week by week you can set your watch by how he trains.

“There is no fear of not putting the work in, it is a matter of saying, ‘mate – you have done enough, time to come off now!’

“It is no surprise that he kicks the goals, takes the high balls, covers the ground and is always in the right position on the field.”

The victory lifted the Scarlets to the top of Conference B of the Guinness Pro 14 but Mooar was guarded about the relevance of that position in January.

🗣 “Massive win for us. Sometimes you’ve just got to grind it out. We had a bit of illness in the camp this week, and the good thing about illness is it’s just weakness leaving the body, isn’t it?” pic.twitter.com/FOEzvBWzOr

He added: “It is nice, but we are not getting ahead of ourselves. There is a lot of rugby to be played, we will take it game by game.

“We will put the league to bed for a while and focus on the two European games that are coming up. Toulon is going to be a cracker at the Parc next week.

“We will keep our feet on the ground and realise there is a lot where we need to get better. We need to get the job done in these next two games and then send as many guys as we can to the Six Nations with Wales.

“The factors that won us that game was outstanding goal-kicking from Leigh Halfpenny, Gareth Davies’ superb try and a hell of a spirit from the group at the end.

“We have had a good week and our guys have done a super job at the breakdown.

“We had opportunities to take the game away but we did not take that and left them in the game but we held on.”

Cardiff Blues head coach John Mulvihill: “It is a very disappointing changing room because that is a game we should have won.

“It is the best defensive performance we have had in a year and a half. We scored two tries to one and that score for them was an intercept so they were going nowhere.

“But you can’t give a team like that so many penalties and we let them off the hook with indiscipline in attack. We did not mount enough pressure and did not take our points.”