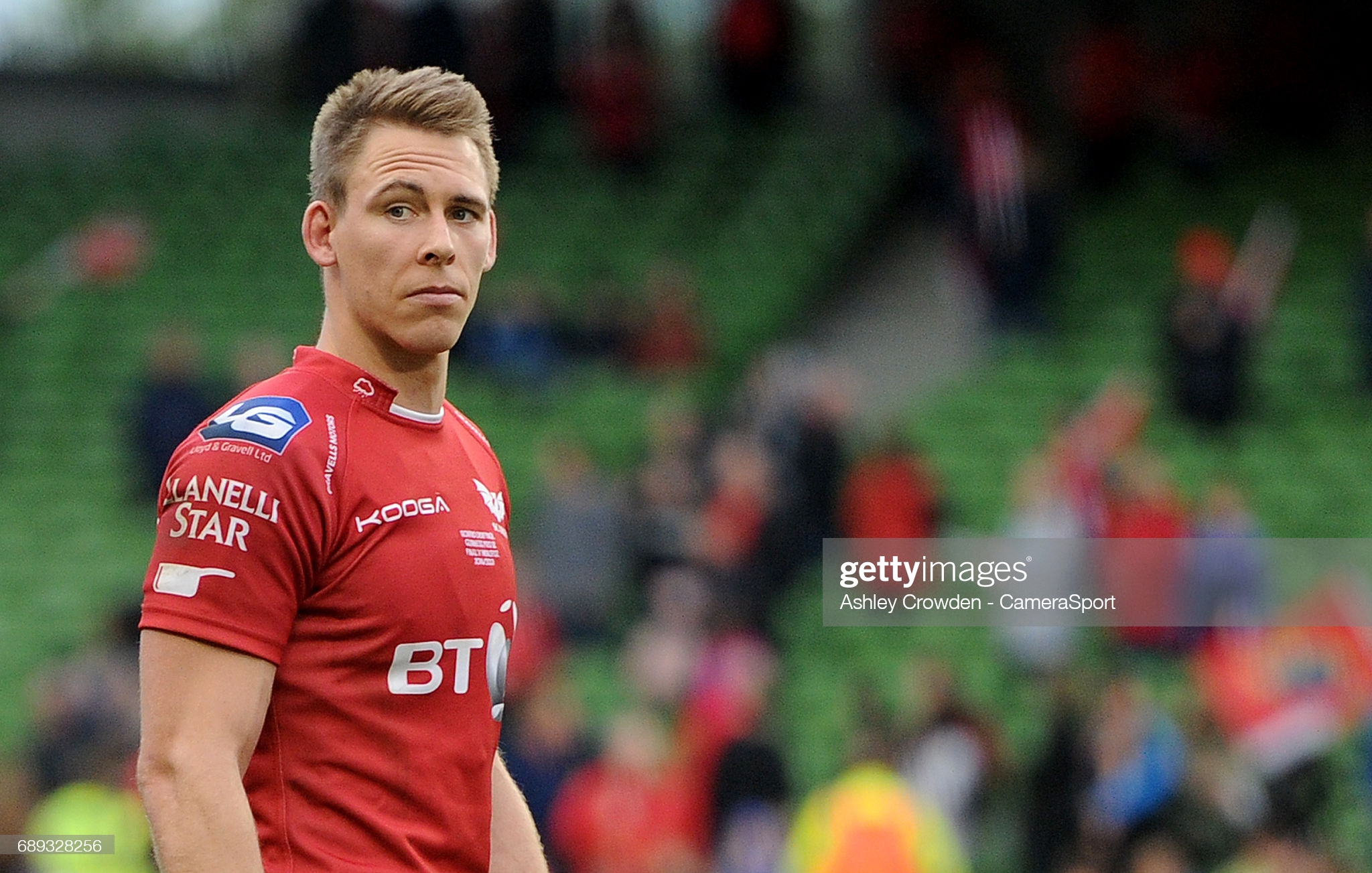 Scarlets coach Glenn Delaney has defended Liam Williams after his sending off against the Cardiff Blues which could cost Williams his Wales place at the start of the Six Nations.

The Wales full back was sent off in the 37th minute to ruin Scarlets’ chances of a hat-trick of Welsh derby wins, as the Blues ran out victors, 29-20 at Cardiff City Stadium.

Williams rushed headlong into a ruck and clashed heads with prone Blues flanker Shane Lewis-Hughes and, after TMO replays, the wing was ordered off.

He was picked on TV cameras muttering to referee Craig Evans about “playing touch rugby” but the Lions star is now set to face a disciplinary hearing which could ban him from at least some part of the Six Nations which begins on February 7 when Wales play Ireland.

Scarlets head coach Delaney said: “The referee slowed it down well enough to look at it and when you slow stuff down so much.

🟥 Liam Williams sent off after making direct contact to Shane Lewis-Hughes’ head in the ruck.

“It didn’t look like much at real speed but once they’ve slow it down and decided what they felt it was, that’s the result we got.

“Liam’s obviously a quality player and he was adding to the occasion. It takes away the opportunity for him to play for us, which is a shame, but we battled on.”

Delaney insisted he did not hear Williams’ comment to Evans but added: “He’s just apologetic and he’s a good, honest man.

“He just feels disappointed that he’s not out there with the boys to keep playing. It’s a shame he didn’t get to see the contest out.”

Cardiff Blues assistant coach Richard Hodges, who was in charge of the team on the night following John Mulvihill’s departure in the week, said: “I have a degree of sympathy for him but it’s the way it’s being refereed now.

I’m a big Liam Williams #WM fan but entering a ruck like that when the ball was won was pointless and reckless. The disrespect to the referee was pathetic. Liam’s a worldclass player but he let himself down and probably lost the game for the Scarlets.

“I don’t think there is any malice in there at all but unfortunately it’s the letter of the law nowadays.

“I think the referee can only make one decision there. It’s certainly a big game changer.”

At the time Williams was dismissed, the Blues were starting to control the match, with an inspirational performance from outside half Jarrod Evans ensuring that his side put a difficult period behind them.

Poor results had culminated in the departure of head coach Mulvihill earlier in the week with Dai Young appointed interim director of rugby.

The Blues’ tries came from Willis Halaholo, Tomos Williams and Rey Lee-Lo, with Evans adding four penalties and a conversion.