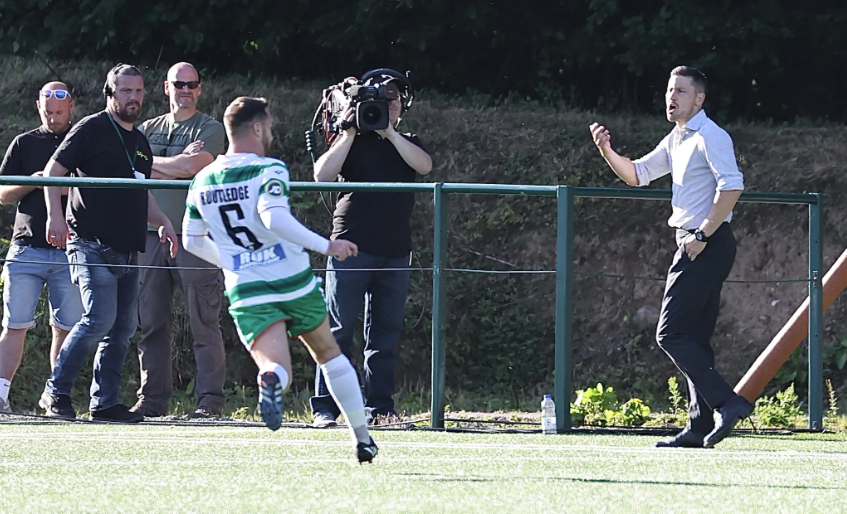 The Cymru Premier champions endured a frustrating night at Park Hall, registering a single shot on target as they found themselves unable to find a response to a 2-0 first-leg deficit.

The result brings an end to The New Saints’ European campaign, who have now been eliminated from the Champions League and Europa Conference League qualifying rounds at the first hurdle.

“I’m disappointed to be out but I’m really proud of the players, their effort and commitment to get in the game,” said Limbrick .

“We picked an attacking team – we picked two strikers up top, played a diamond and a winger at right-back, but we’ve just got to accept that we were just a little bit short compared to the opposition.”

“We wanted to get on the front foot and press them high. I thought we were probably a little bit unlucky with some of the chances we created, but we didn’t work the goalkeeper enough and weren’t clinical enough,” admitted Limbrick.

Promising striker Kristall Ingason almost snatched a win on his final European outing for the Vikingur before joining Norwegian side Rosenborg, but was denied by Connor Roberts.

“If you look over the two-legs, they’re a very good side. We’ve got to accept that they’re at a very good level and they’re probably one of the better European teams that I’ve coached against, said Limbrick”

The New Saints will now turn their attentions towards the new domestic season which will commence on the weekend of 6th August after they were drawn against rivals Connah’s Quay in the Nathaniel MG Cup second round draw.

Saints will visit the defending Cup holders in the pick of ties from the second round draw, before starting their league campaign against Newtown the following weekend.

Newtown are the sole Welsh representatives left in Europe this summer.

They face an uphill struggle however to remain in the Europa Conference League, trailing 4-1 to Spartak Trnava ahead of Thursday evening’s second-leg at Park Hall (6.00).

Should the Robins complete a shock comeback, they would almost certainly face Polish side Rakow, who have a 5-0 first-leg lead over Kazakhstan’s Astana.

Don’t miss out on the action – email sales@newtownafc.co.Uk to secure your ticket pic.twitter.com/Q6cn09OktA