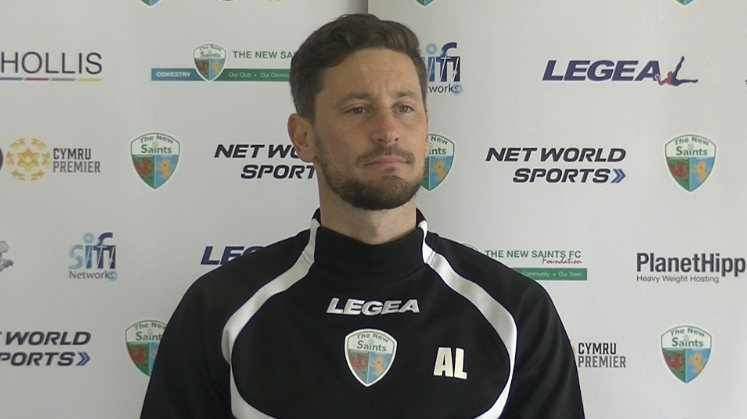 The New Saints have announced the shock departure of head coach Anthony Limbrick following their elimination from the Europa Conference League this week.

A goalless draw at home to Vikingur Reykjavik brought the Saints’ disappointing European campaign to an end on Tuesday night.

The Cymru Premier champions were unable to progress in either the Champions League or Europa Conference League qualifying rounds.

A brief statement released by the club on Thursday afternoon read: “The New Saints Football Club have relieved first team Head Coach, Anthony Limbrick, of his duties with immediate effect, with a view to agreeing a mutually agreed termination of his contract.

The club would like to thank Anthony for the work he carried out at the club and will be making no further comment on the decision at this time.”

Limbrick became the first Australian to manage in the Cymru Premier when he was appointed as Scott Ruscoe’s successor in April 2021.

In his only full season with the club, the Saints comfortably won the Cymru Premier title, finishing 21 points clear as they completed a league and Welsh Cup double.

The New Saints got this summer’s European campaign off to a promising start after defeating Northern Irish side Linfield 1-0 in the home leg of their Champions League first round tie.

But two late goals from Linfield in the return leg saw them crash out 2-1 on aggregate.

They were unable to fare much better in the Europa Conference League, losing 2-0 in Iceland to Vikingur before Tuesday evening’s 0-0 draw.

After that draw, Limbrick admitted his side had fallen short of quality, although there was little indication his own future at the club was in doubt.

The New Saints now face a race against time to appoint a successor before the start of their Cymru Premier campaign against Newtown on Saturday 13 August.

Newtown were the last remaining Welsh club to be competing in Europe but fell to a 2-1 defeat to Spartak Trnava, losing 6-2 on aggregate.

Newtown threatened to stage an unlikely comeback after Aaron Williams slotted the ball home from the penalty spot after the Slovaks had handled inside their own box on 33 minutes.

Spartak were forced to make changes in the second period to see off the threat from the Robins, who continued to push.

Newtown’s necessity to open up to force their back into the tie ultimately proved to be their downfall however, with the visitors striking back twice to put the result beyond doubt.

Manager Chris Hughes was able to reflect positively on the result and believes his side’s European run bodes well for their forthcoming league campaign.

“When we were in our shape and block, I don’t think they could break us down. We had to open the pitch up because we wanted to try and get that second goal, we weren’t able to do that but I’m really pleased,” he told Sgorio after the game.

“It’s been a really good month with the result against the Faroese team and now it gives us something to kick on with into the domestic league.”