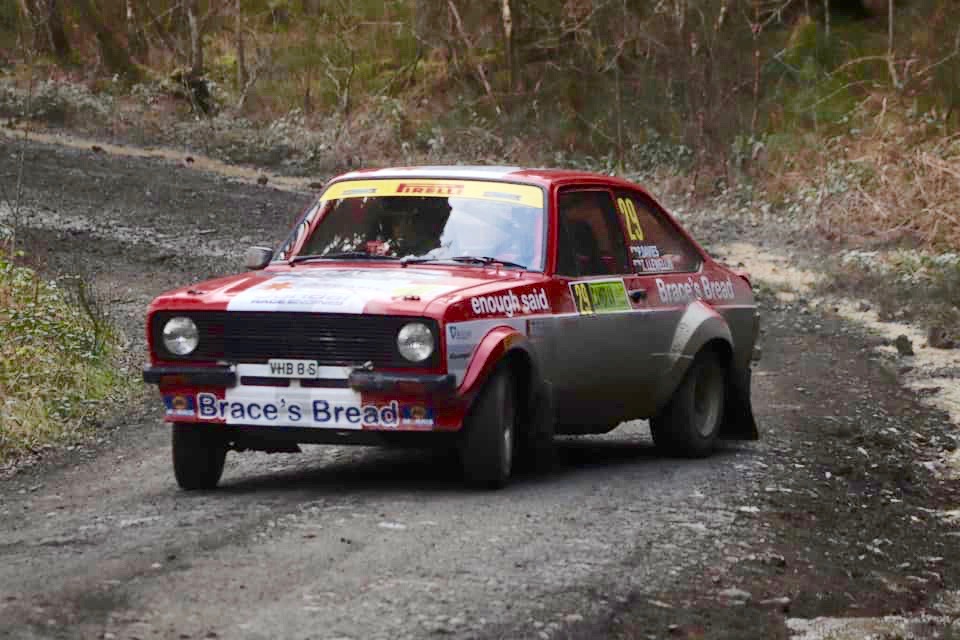 Teenage driving talent Tom Llewellin was on impressive form on the Cambrian Rally.

Tom Llewellin will move up to the British Historic Rally Championship this season – and the 18-year old driver will be a force to be reckoned with if his warm up outing on last weekend’s Visit Conwy Cambrian Rally is anything to go by.

Using the opening round of the Pirelli Welsh Forest Rally Championship as a shakedown, Llewellin took his Group 4 historic-spec Escort Mk2 to ninth overall on the Interclub section of the event. He was 17th after the opening two tests, before setting an incredible seventh fastest time, against a host of more powerful four-wheel drive opposition, in Penmachno – for which he received the John Bont Penmachno Challenge Award.

Co-driven by Peredur Davies, not only was Llewellin the first two-wheel drive competitor home at the finish, he won the H3 class by an amazing 4mins 39.9secs.

With events in Kielder and the Yorkshire forests, plus big events like the Jim Clark in Scotland and the Ulster Rally, and much greater competition, the British Historic Rally Championship will be a big step up for Llewellin. But he’s looking forward to the challenge, and continuing in the wheel tracks of his father Dai, who as a double British Rally Champion remains Pembrokeshire’s fastest farmer!

“The Cambrian Rally was a good warm up to the British Historic Rally Championship,” said Llewellin. “That series is a big step up in terms of competition and budget, as there are a lot of very good and experienced drivers and we’ll be rallying further afield than we have ever done before.

Llewellin tested a PCRS-run Hyundai i20 R5 last year as his prize for winning the Welsh Junior title, which was an Onthepacenoteuk incentive organised by former works co-driver Craig Parry.

“We tried to get a deal in place to rally a four-wheel drive car this year, but it didn’t quite come off,” added Llewellin. “Rallying’s an expensive business, but having said that I’d like to think we’d be able to get out in a modern car on a few events this year and see what we can do. It depends on how many sheep we sell back at home!”

The British Historic Rally Championship starts with the Rally North Wales on 28 March.