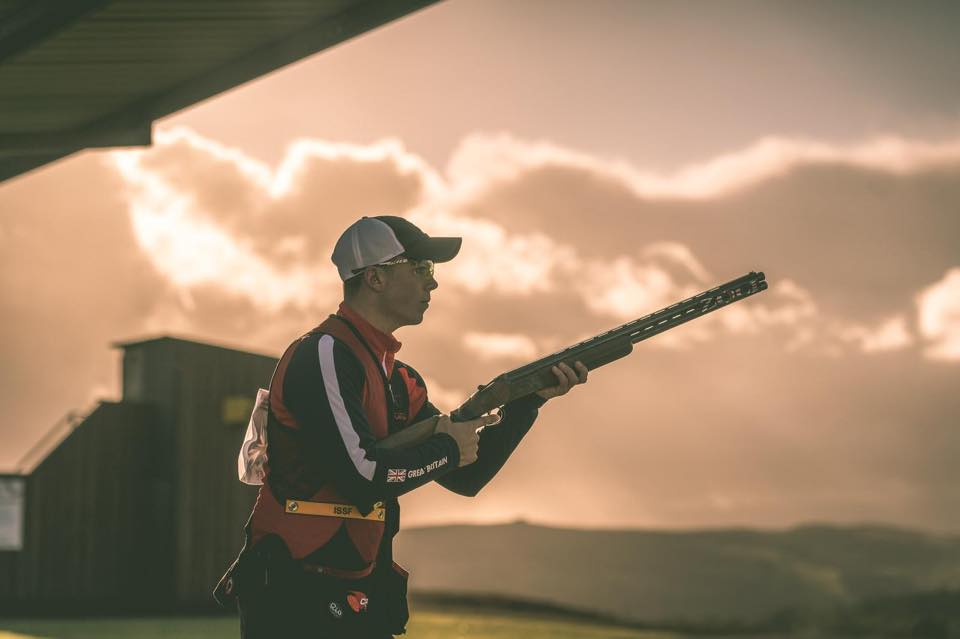 Ben Llewellin has retained his status as British number one Olympic Skeet shooter after a very busy and highly successful season concluded last weekend with him winning the British Shooting Shotgun Grand Final for the second time in a row.

The 24-year old Pembrokeshire marksman was the highest placed of the 12 competitors who went into the final, having won gold and two silvers in the three qualifying events.

In wet, windy and difficult conditions at the Fauxdegla Shooting Ground near Wrexham, Llewellin shot an impressive 123 out of 125 targets in the heats, and then became British Champion for a second time with 56 out of 60 targets shot in an even more difficult final.

The North Wales event topped an incredible season for Llewellin, in which he won silver at his first Commonwealth Games in Australia back in April, as a proud member of Team Wales.

He has also contested two World Cup events in Malta and Tucson Arizona, the European Championships in Austria and a World Championship event in South Korea.

Having previously been sixth in the world, Llewellin expects to be in or near that same position when the new world rankings are released on Monday.

Llewellin’s aim now turns to the next Olympic Games, and the all-important eight qualifying competitions in 2019 that he hopes will take him to Tokyo in 2020.

“I was very pleased to win gold at the British Shooting Grand Final and retain my title – it was the perfect way to end my 2018 season,” said Llewellin.

“The highlight of the year was winning silver at my first Commonwealth Games on the Gold Coast, and now my attention is on qualifying for my first Olympic Games in Tokyo.

“Internationally this year, it’s been a little bit frustrating. In the World Cup I missed out on the final in Malta by two targets and in Tucson by one target, and then in the European Championships in Austria I missed out on the final by one target again. Then, in the World Championships, I shot 123 out of 125 to qualify for the final – but the light in South Korea was very awkward and I was unsure what type of glasses to wear. I eventually finished sixth, which whilst annoying was actually very good experience and a lesson learnt the hard way. I’ll never make that mistake again.

“There are eight qualifying competitions next year for the Olympic Games. Having just missed out on going to Rio, the focus for next year will be very much aimed at qualifying for Tokyo 2020.”