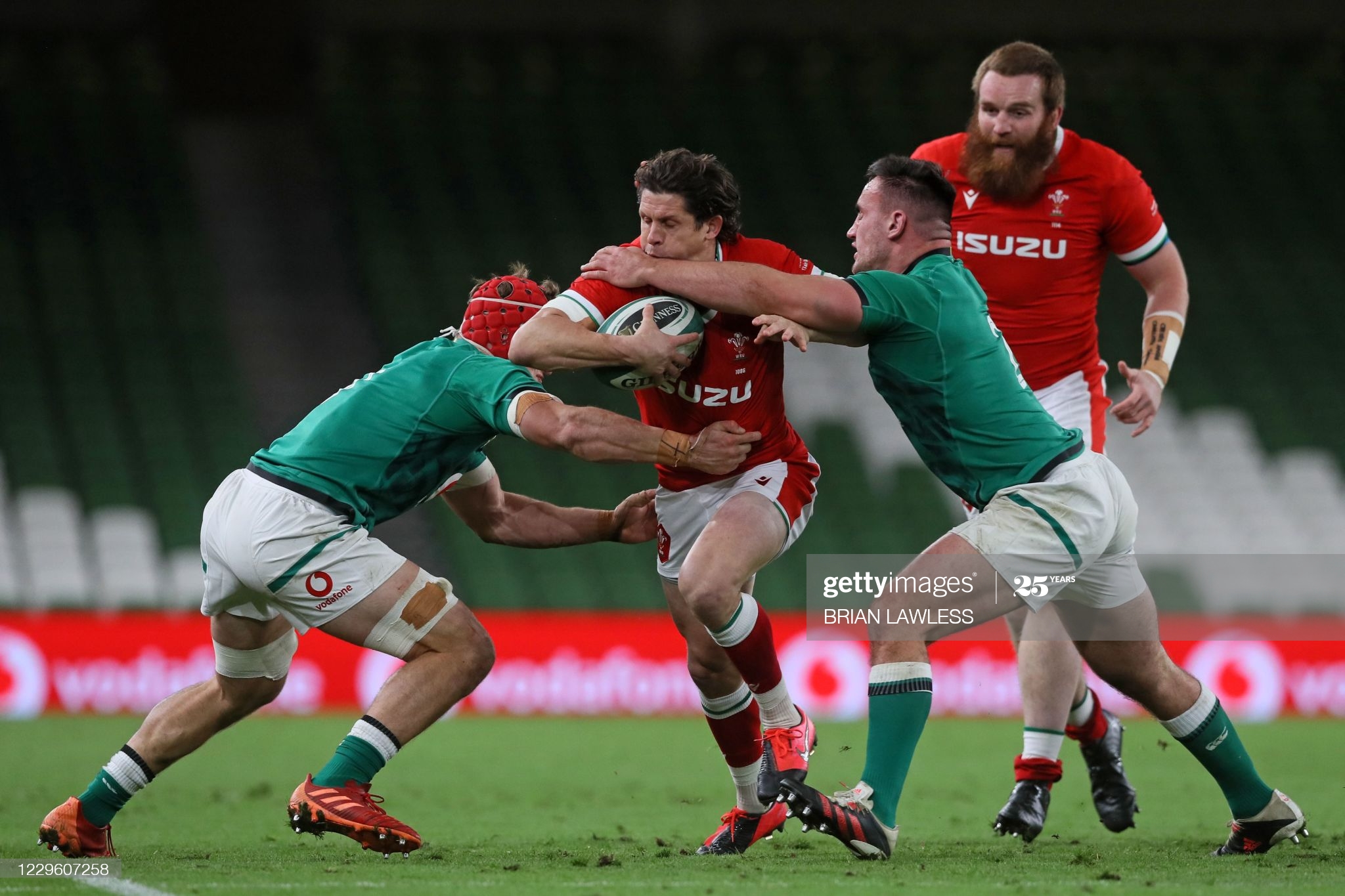 Lloyd Williams admits Wales are in a transition period under head coach Wayne Pivac but insists there are reasons to be optimistic.

The scrum-half injected some much-needed pace into the Wales team when he came on as a replacement in the 32-9 Autumn Nations Cup defeat against Ireland.

But a sixth straight defeat has left Wales knowing Saturday’s game against Georgia in Llanelli is a must-win – with Six Nations champs England looming large on the horizon.

From @stpetersrfc in Cardiff to the world stage, @BristolBears fly-half @Sheedy95 describes how it feels to win his first Wales cap.

“When you are playing one type of rugby for 10 years, it doesn’t change overnight, and I think it is realistic to expect a bit of a transition period,” said Williams.

“The boys are all confident with how we are trying to play, so it is just a case of getting used to it and bringing it to fruition.

“We just need to keep working on the small things

“It wasn’t the result we were after, but there were elements of the performance that we can take a lot out of.

“There are reasons to be optimistic. We just need to keep working on the small things, and the bigger picture will take care of itself.”

Wales’ fourth straight loss to Ireland was their heaviest against the opponents for six years.

And the run of six straight defeats – the only wins coming against the Barbarians and Italy in the Pivac era – is the worst streak since 2012.

And Wales captain Alun Wyn Jones, who won his 150th Test cap in Dublin, admitted: “We are not scoring enough points.

“We also can’t shy away from the fact we regressed in the set-piece. It’s difficult when you don’t have the ball.

“I have been through a couple of periods like this in the past.

“You don’t want to learn on the job, but we will have to now. The learning curve is always there, but now it has got steeper.”