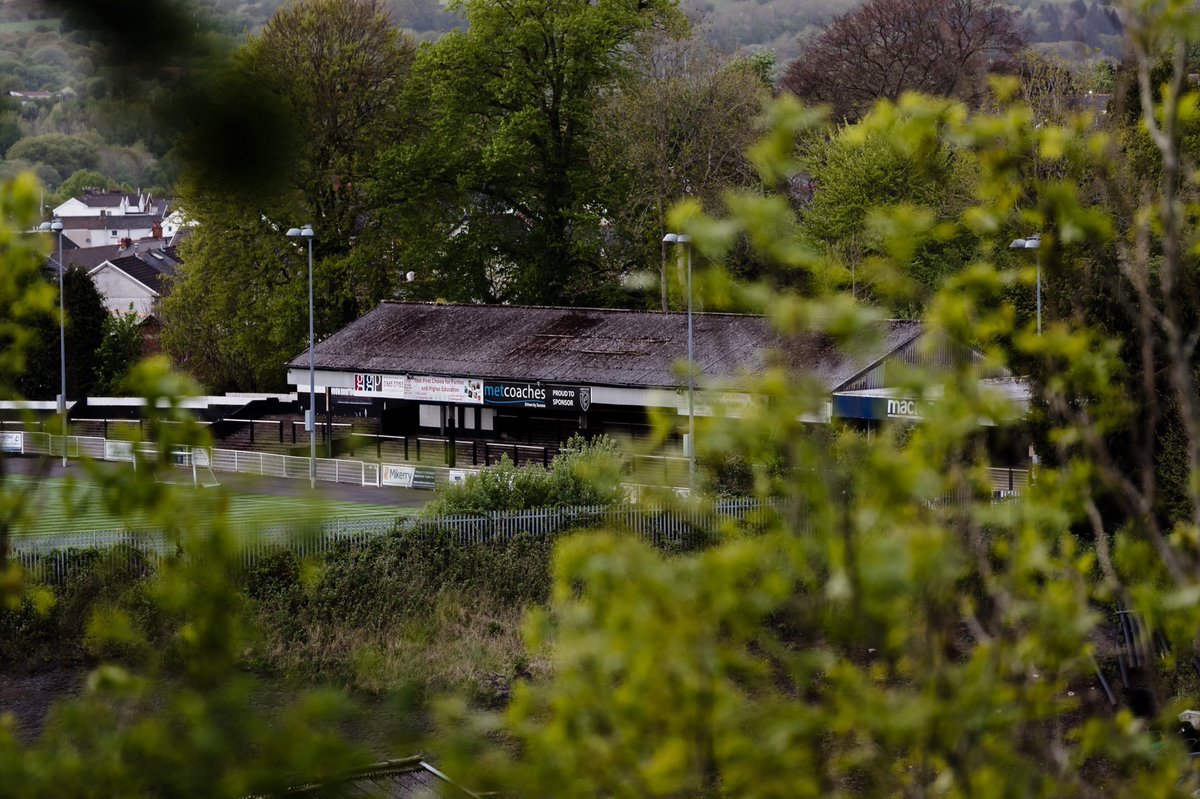 Merthyr Town will not house matches this season. Pic: @Sameoldsmiths

Mothballed Merthyr Town insist they can defy predictions and emerge from their 12-month hibernation.

The Southern League outfit have been written off for dead by some of their own fans after deciding to hide for a year and pull the covers over their heads until Covid-19 has gone away.

The decision to suspend all fixtures and withdraw from the league for a season was taken by the club’s board without consulting their supporters or members.

Tighter lockdown restrictions have followed in the town and been extended to much of south Wales, leaving the club believing they made the right call.

The move has since been approved by the Southern League and Merthyr will be able to resume their place in the league in 12 months’ time.

The step aside left many fans furious but chairman Howard King insists they had no option as continuing to play in an empty stadium would have left them bankrupt by November.

In a town that houses statues of three of Welsh sport’s boxing greats – Eddie Thomas, Howard Winstone and Johnny Owen – Merthyr is place rarely accused of lacking fighting spirit, but in this case the club believe they will live to fight another day.

“If we had tried to start the season we would have been bankrupt by mid-November,” said the former FIFA referee King.

“With new restrictions in place, we would have had to start playing matches behind closed doors.

“We are in the English system, but the situation for us as a Welsh club differs to those in England. In England, the clubs are classed as playing within community football and so up to 400 people can attend their games.

“In Wales, we had been given no permission by the Welsh government to have any fans in and the reality is that without any fans we would have quickly gone bust.

“Everyone around the club still feels shell-shocked, but we had to make the decision quickly before the league fixtures got under way, so we had no time to speak to the membership. We wouldn’t have been able to get 140 of them together in a room, anyway.”

The Martyrs – who once boasted crowds of 20,000 at their Penydarren Park ground back in the fifties – have got rid of their entire playing squad.

Only manager Gavin Williams has been kept on with a mission to build a new squad from scratch in time for the 2021-22 season.

Assistant manager Ashley Thomas is one of the backroom coaches who has been told to go, but he backs the decision and insists football will return to Merthyr.

“I’ve have been at Merthyr for seven years and things are never easy in this club or in this town,” says Thomas.

“This is a terrible situation. No-one wants to go without football for a year – least of all the players.

“But I think it’s maybe for the best. We couldn’t risk going bust, but at least this gives the club the chance to come back next year and go again.

“Some of the players will be picked up by others in Wales or England, but some won’t that. That’s an awful thing for them, but the most important thing is that football survives in the town and will be here again when this pandemic is over.”

Premier League clubs need to help lower leagues – but government have to step in too | @RobbieSavage8 https://t.co/Ivai9GDEsh

Having considered the request, the Southern League approved Merthyr’s mothball plan and given that restrictions across South Wales have increased since then, it would appear they had little option but to give their blessing.

As Covid-19 infection rates increase around the country and tighter lockdown laws are imposed, it could well be that more clubs follow Merthyr’s lead and the fulfilment of the current fixture list must be in some doubt.

A statement from the Southern League read: “Following a formal request by Merthyr Town to the Pitching In Southern Football League that it does not participate in the 2020/21 season, but retains its place in the Premier Division South due to the restrictions imposed on the club by Welsh Government, the matter has been discussed by the League’s Board and by the FA Alliance Committee.

“The application was duly accepted and therefore the club’s fixtures for the 2020/21 season will be expunged.”

On the playing side, the break up of the current squad has begun with Merthyr defender Ismail Yakubu joining Cymru Premier club Penybont.

One thought on “Locked Down And Locked Out . . . But Merthyr Town Vow To Return To Fight Another Day”