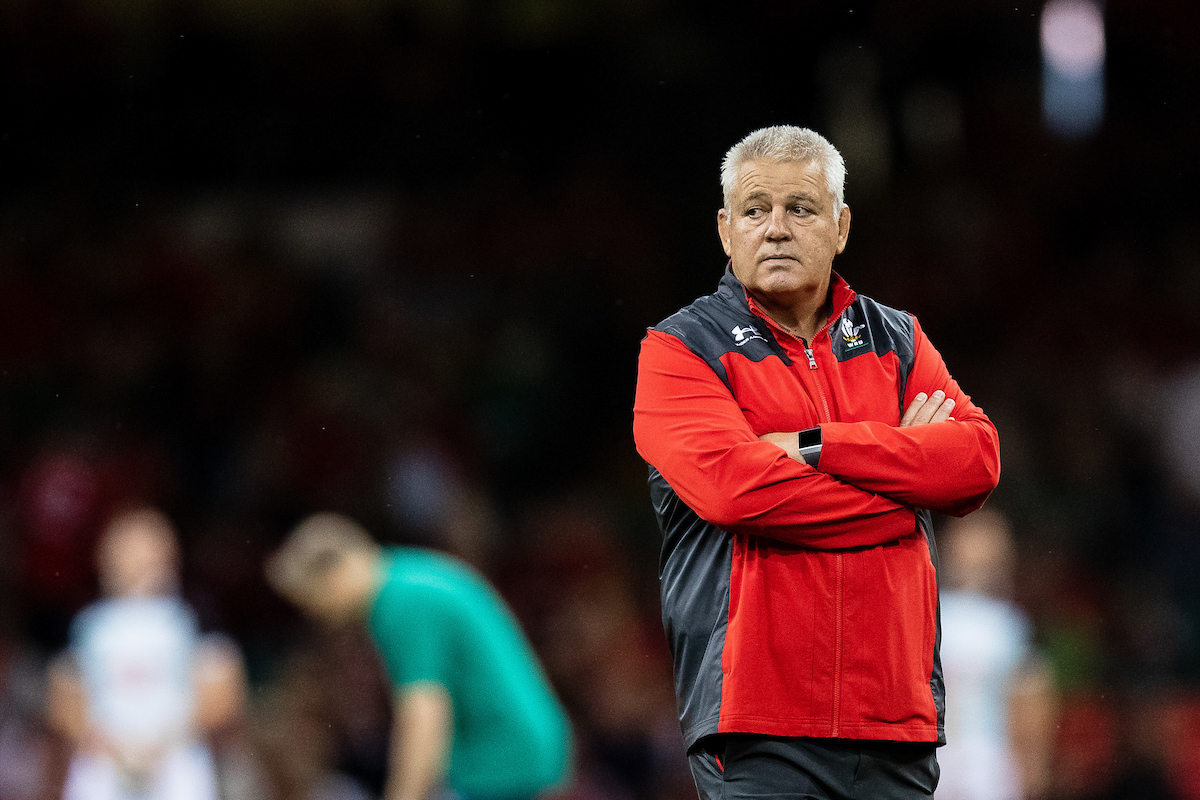 As Warren Gatland tours the TV and radio studios across the UK and Ireland to promote his autobiography – discussing everything from drug suspicions to the 60-cap eligibility rule – Peter Jackson wishes another topic was being addressed: Why did Wales fail to make the World Cup final?

Amid all the sentimental sop sloshing around Warren Gatland’s exit, nobody seemed willing to ask the tough question: Why did Wales fail to reach the final?

Instead the nation gave the distinct impression of being preoccupied with wallowing in another hard-luck story, a national mood of sympathy as reflected on the phone-ins, acclamation for the collective heroics of the squad without anyone daring to rock the boat by asking what went wrong.

It needed someone out of the Roy Keane school of straight-shooting to cut through the baloney and ask, pointedly, what went wrong. Why did the Grand Slam champions of Europe opt to slug it out with the most physical team on the planet?

In the end, having gone 75 minutes toe to toe with opponents who love nothing more than a slug-fest, they duly paid the penalty, literally so. Taken off the leash for the anti-climactic third-place decider, Wales created enough to suggest they missed a trick by not chancing their arm against the Springboks.

Like Ireland, another contender coached by a New Zealander, Wales have been risk-averse for so long that changing the mindset and adjusting the attitude requires more than the flick of a mental switch. The Gatland regime, aided and abetted by Shaun Edwards, has long been founded on the rocks of their defensive system.

Had it not blown a fuse over Damian de Allende’s try then, who knows, Wales might have slugged it out all the way to the final. Keane, often spotted incognito at Thomond Park on Munster’s big European nights, would have used two of his favourite words to sum up why de Allende scored: “Shocking defending.’’

Many Welsh supporters saw a fourth-place finish as due cause for celebration. The more critical members of the Red Dragon Brotherhood will look back on the Japanese adventure with regret.  Given the most favourable of draws, the semi-final was always the minimum target.

Privately within the four walls of their team room, Wales will have aimed higher and set their sights on a first final, with good reason. Under Alun-Wyn Jones’ supreme generalship, they would have gone into the World Cup with a collective conviction missing from previous tournaments.

The team that supposedly had forgotten how to lose proved the point most outrageously in the quarter-final against France, edging out superior opponents and almost failing to seize the lifeline absurdly flung their way by Sebastien Vahaamahina’s stupidity ten minutes into the second half.

They then failed to make the most of their luck, suddenly remembering how to lose at the worst possible time, five minutes before the end of a semi-final. At least one ex-international recognised that, tactically, Wales had got it wrong.

Adrian Hadley, whose late corner try in Rotorua 32 years ago secured Wales their solitary podium finish thanks to Paul Thorburn’s conversion against Australia, felt Wales had got it wrong.

“The only way we were going to beat South Africa was by moving the ball wide,’’ he said in a BBC Wales podcast. “I think we have the players to play a game similar to the one England played against New Zealand.’’

Throughout their seven-match run in Japan, Wales were unable to recreate the authoritative manner of their Grand Slam clincher against Ireland, as orchestrated by Gareth Anscombe.

His pre-tournament loss cannot be put forward as a plausible reason why Wales failed to produce the kind of 80-minute performance with which they outclassed their Grand Slam predecessors.

The last fortnight of the World Cup reinforced the view held by those of us who believe that the real chance of a lifetime wasn’t missed in Yokohama, but in Auckland eight years ago. Wales have never been closer to winning the pot of gold than they were at Eden Park during the fateful semi-final against France.

The challenge for in-coming head coach Wayne Pivac will be to make Wales a touch less predictable without losing any of the heavy-duty armoury which makes them hard to beat.

The return of Taulupe Faletau and Anscombe ought to give them some of the skill and vision required. It is also high time that Wales abandon the political thinking behind the exclusion of their best scrum-half, Rhys Webb.

His exclusion was meant to be a deterrent to other Welsh players transferring to French or English clubs.

Perhaps the WRU will realise now that they cannot afford to continue handicapping themselves on the global stage.

Gatland will be a tough enough act for Pivac to follow without the self-inflicted wound of having a Lions’ Test scrum-half put out to grass across the Channel.

The new coach, at 57 one year older than his predecessor, takes charge with his own team of specialists – two who have followed him from the Scarlets (Stephen Jones and Byron Hayward) and one returning from a lengthy stint in Scotland (Jonathan Humphreys).

They will have three months to prepare for the first assignment, the small matter of defending the Grand Slam title starting at home to Italy on February 1.

Pivac’s ultimate challenge will be to have Wales playing as the Scarlets did during their PRO12 title triumph in May 2017 followed by their run to the semi-finals of the Champions’ Cup.

For most of those two seasons, Pivac’s team delivered a more exhilarating brand of rugby than the national team.

The imminent Welsh qualification of wing/full-back Johnny McNicholl, a leading member of the Scarlets’ cast, ought to make a tricky task ever so slightly less so.

One thought on “The Long Goodbye Of Warren Gatland . . . But One Question Is Missing”