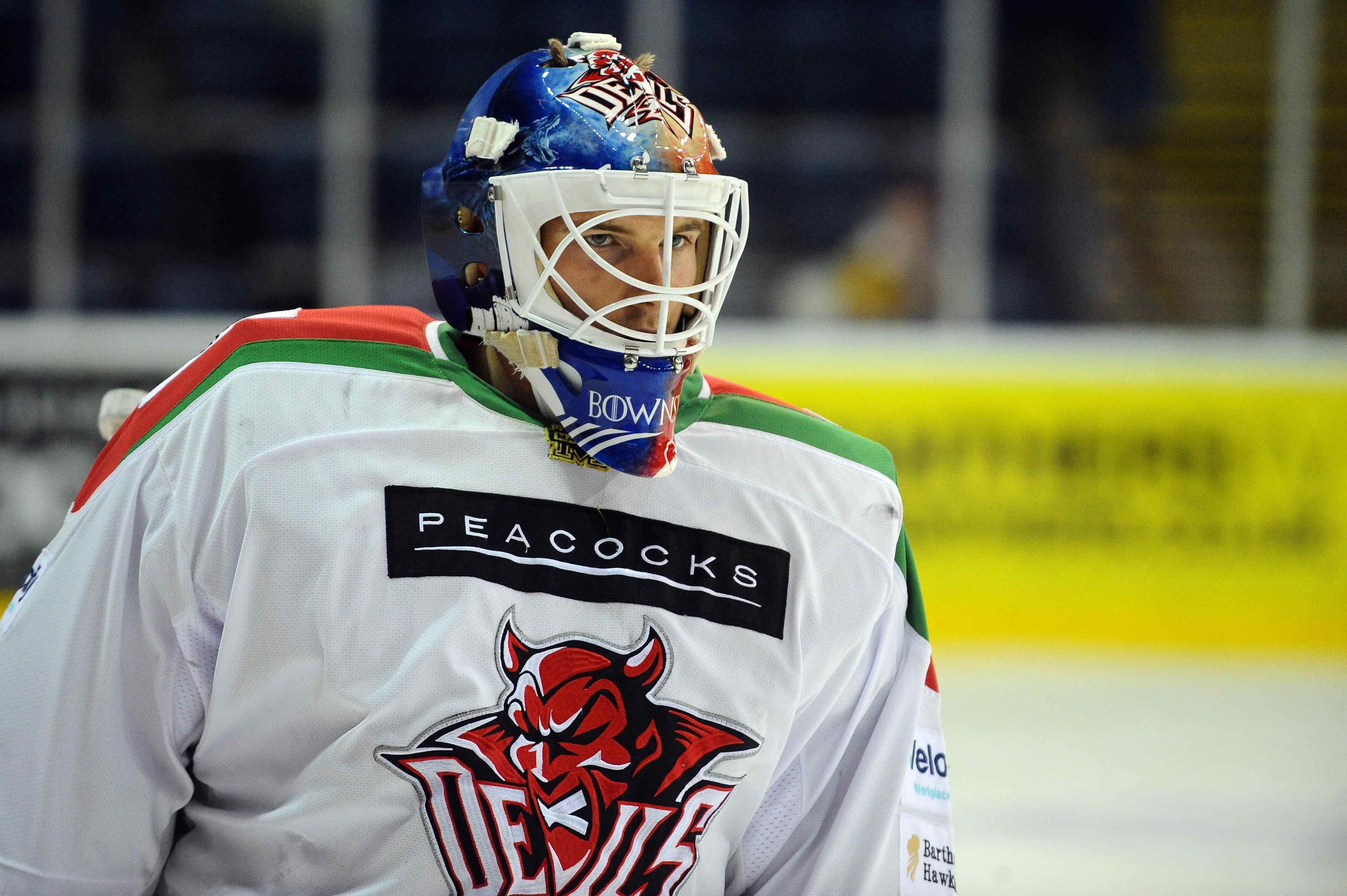 Cardiff Devils netminder Ben Bowns was man of the match/.

Andrew Lord praised the ‘unbelievable character’ of his Cardiff Devils team after their 5-4 win against Nottingham Panthers at the Viola Arena.

Devils stormed back from 4-2 down to win in overtime and said: “It was a great win. Unbelievable character.

“This was extra special. Maybe we weren’t at our best, but there were a lot of good minutes.

“The building was electric and we found a way to win. That’s why we play this game.

“It is good timing to bring in James Livingston. He is a nice fit for our club, a power forward who has the physicality and plays hard, blocking shots.

“He can fill in on any line, any role. A first class guy and team-mate. We tried to sign him a year or so ago and now he is here.”

Devils have won seven successive matches going into next weekend’s crucial clashes with closest rivals Belfast Giants. The team from Northern Ireland are tucked in behind Elite League leaders Devils – and the back-to-back fixtures next weekend are crucial.

“Two great teams with an up tempo game,” said Lord. “Neither team will back down and both have tons of depth. A huge test.”