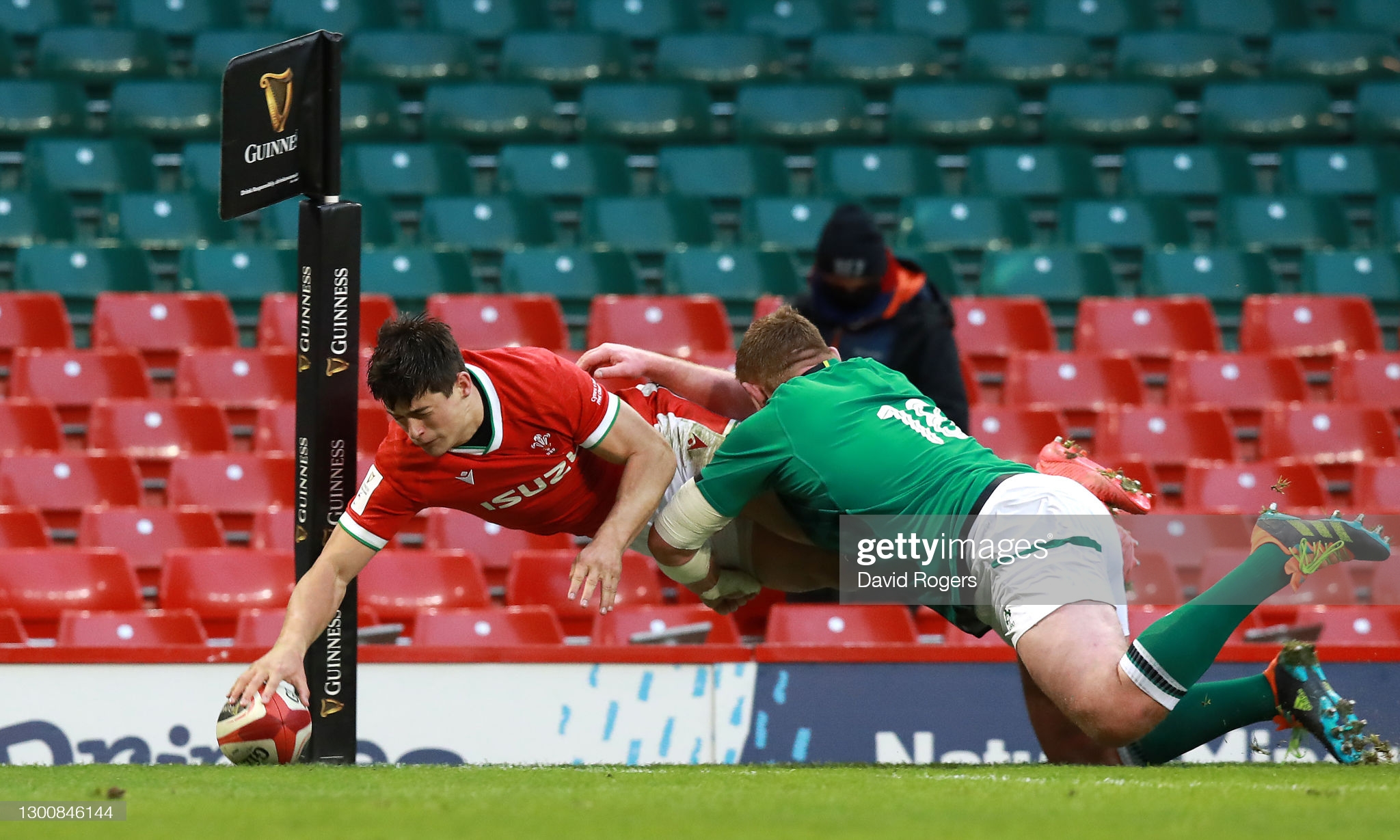 Louis Rees-Zammit’s superb try against Ireland should keep him in the Wales team for 20 more caps, according to TV pundit David Flatman.

The former England prop thinks Wales coach Wayne Pivac should stick with Rees-Zammit, who owed his place in the starting line-up to the banning of Josh Adams.

Rees-Zammit justified his selection with an acrobatic finish for Wales’ crucial second try in their 21-16 victory and gave a very solid all-round display.

Adams – who broke squad Covid regulations in the build-up – is also suspended for Wales’s next game against Scotland this Saturday, but Flatman would stick with his 20-year-old rival for the long-term.

“After that finish, Louis Rees-Zammit needs to be picked for the next 20 games straight. Absolute class,” said Flatman, who also had praise for George North and his role in the centre.

But the former Bath forward was less enthused about Wales in general and said they were out-gunned by 14-man Ireland for much of the game.

“Wales just about managed to hang on against 14 men. If they hadn’t, the call for heads to roll across the Severn Bridge would have been heard from Bath.

“While every win feels good, the elation for this Wales team will have been significantly diluted by the fact that they were outplayed by a depleted team for most of the match and ought to be delivering far more.

“The few positive take-aways are that George North needs to stay at 13. He’s such a weapon that the massively increased number of ball-in-hand involvements at centre makes his physical threat so much more potent.”

The Scots, says Flatman, will be full of confidence when Wales visit Murrayfield following their victory over England, but their failures in the past to build on promising Six Nations starts should give Wales plenty of encouragement.

Have we mentioned this guy is 20?

“Scotland were utterly magnificent. They unleashed hell on England. Name any facet of the game and they dominated it, with a capital D.

“They proved a point that has been true in rugby forever: if you physically rip into your opposition and give them no time to think, battering them into submission, they will find it very hard to create anything meaningful. Just look at the 2019 World Cup Final.

“What matters now is how Scotland play next time out. Will this performance at Twickenham prove a flash in the pan, as we have seen so many times over the years, or the start of something truly special?

“I for one hope that we see this Scotland again. On Saturday’s showing, and assuming the tour goes ahead, there will be a lot of blue representation in the Lions Test team.”