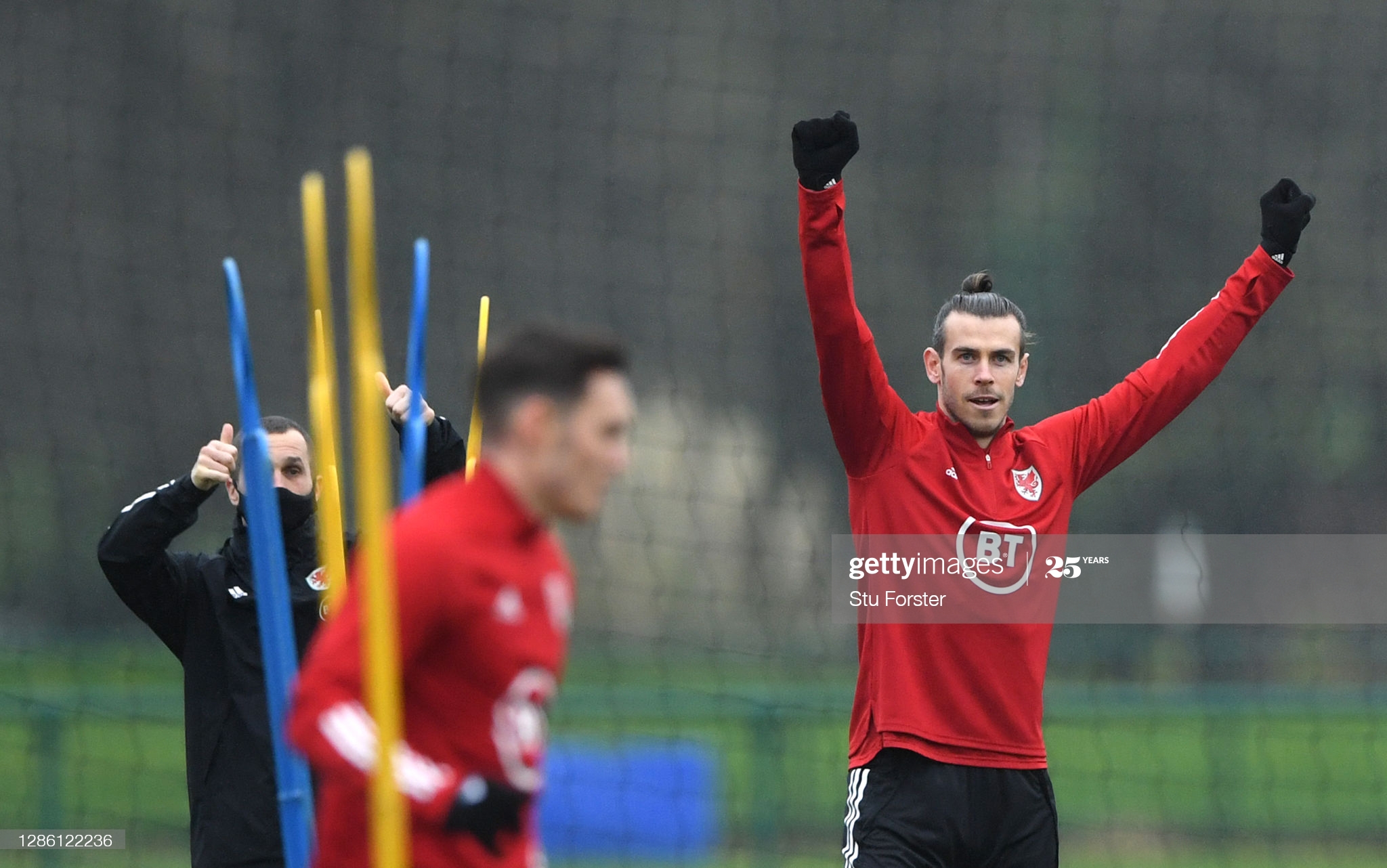 Hands up if you think Wales are going to beat Finland. Pic: Getty Images.

Gareth Bale neither insists Covid fears nor Finland will divert Wales from gaining promotion to the top tier of the Nations League.

Bale will captain Wales for their final group match against the Fins at Cardiff City Stadium tomorrow, knowing only a point is required to finish in top spot.

That would not only promote Wales to the elite level of nations for subsequent campaigns, but it would also give the possibility of a play-off route to the next World Cup finals should qualifying leave them short.

The match, though, comes against a background of worrying outbreaks of Covid-19 within the international game – which is proving harder to contain than within the club environment – including among the Republic of Ireland squad who lost 1-0 to Wales on Sunday.

Matt Doherty and James McClean both tested positive for Covid-19 after playing the full 90 minutes against Wales and Bale admitted: “It’s a slight concern for everyone when you have been playing someone and in close contact on field, but maybe not long enough to catch it.

“You’re a bit wary, but everyone has come back negative and now we can concentrate on game.

“The FAW are doing a fantastic job keeping to protocols and making sure we are doing right things in the hotel and in training. It’s been fantastic and we’re just glad none of us have tested positive and I hope we can keep that up.”

The Wales squad are tested 48 hours before each match and so far no player has returned a positive result.

Defender Doherty is a teammate of Bale’s and also of Ben Davies at Tottenham and it was Doherty who Bale challenged for the header that led to David Brooks’ winning and only goal.

Bale added: “We spoke to him, me and Ben briefly. I think he is doing fine. He’s got mild symptoms, hopefully he recovers fine and does not have any problems and will be back playing as soon as possible.”

Wales will go into the game against the Fins on the back of seven unbeaten games in competitive matches and without conceding a goal in tournament football for over 700 minutes.

It’s that kind of form, plus the invigorating effect of his recent move from Real Madrid to Spurs that has Bale feeling optimistic about the result and his own ability to again be his country’s talisman.

“It’s down to the squad working as whole. We have a very good defensive record as a team, defending from front, defenders and keepers have been great.

“We have been working on it for a long time, now keeping a clean sheet and nicking a goal has been good for us of late. It is something we can build on.

“Obviously we want to score more but the most important thing is you keep a clean sheet and you can always nick a win by getting one goal.

“We are happy with that. 1-0 is good enough. Three points is all we can ask for. The most important thing is we are winning the game, whether it’s by four goals or by one. First thing is we have been hard to beat and we know we have the talent up front to nick.

“It’s a massive game for us, we want to win the group and get promoted. It’s something we set out to do at the start.

“Having one eye on Euros, it gives us things to work on. We feel we’re getting better and better each game and it’s important for us as a country to get that winning mentality and that feeling going into the summer.

Apart from Ben Davies and Danny Ward, all of Gareth Bale’s team mates in this photo were in primary school when he made his international debut. Neco Williams had just turned five when Bale got his first senior cap. https://t.co/6RLDtLvbtd

“If we get promoted we will be testing ourselves against the best countries in the world which is what we want to do as a nation. We want to get better and improve and the only way we’ll do that is by playing better teams.”

As for his own form, Bale is clear that being back at White Hart Lane, where the fans adore him, is brining instant benefits.

“It’s nice to be back playing and nice to be at a place where I’m wanted and feel loved.

“Getting fitness back and being back playing is what makes every footballer happy. I feel like I’m in a good place at the moment. There is still more to come, still more to improve, and I’m looking forward to it.”