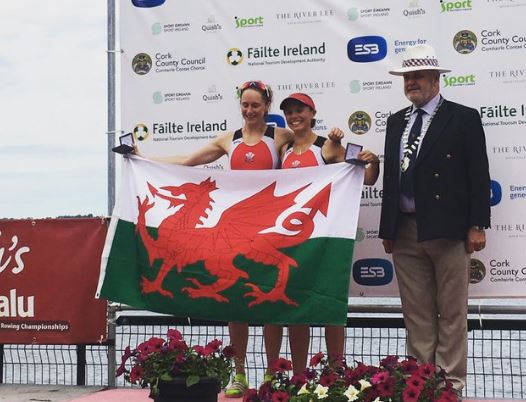 Lucy Iball was the only Welsh winner at the Home International Regatta in Glasgow as she powered to victory in the women’s lightweight single sculls.

Competing for the third year in a row in the international, the Chester Grosvenor Rowing Club athlete provided Wales with their only win against England, Scotland and Ireland.

Iball also joined forces with Rebekah Edgar to finish second in the lightweight doubles behind the Scots and completed a demanding regatta by joining the women’s quad boat, which finished fourth.

British internationals Alice Davies and Issy Powell teamed up to help the coxless fours push Scotland all the way to the line in one of the best races of the day as they took second ahead of England and Ireland.

Davies picked up a gold medal at the Duisberg Regatta in the leading British eight earlier this year, while fellow Welsh oarswoman Powell was a silver medalist at the same event.

Davies was also in the British crew that won the B final in the Eights at the recent World Cup III event in Rotterdam and they helped the Welsh women’s eight to take silver behind Scotland.

LIVE results throughout the day will be published on the @HIR2019 site, including the all-important overall team standings 👀