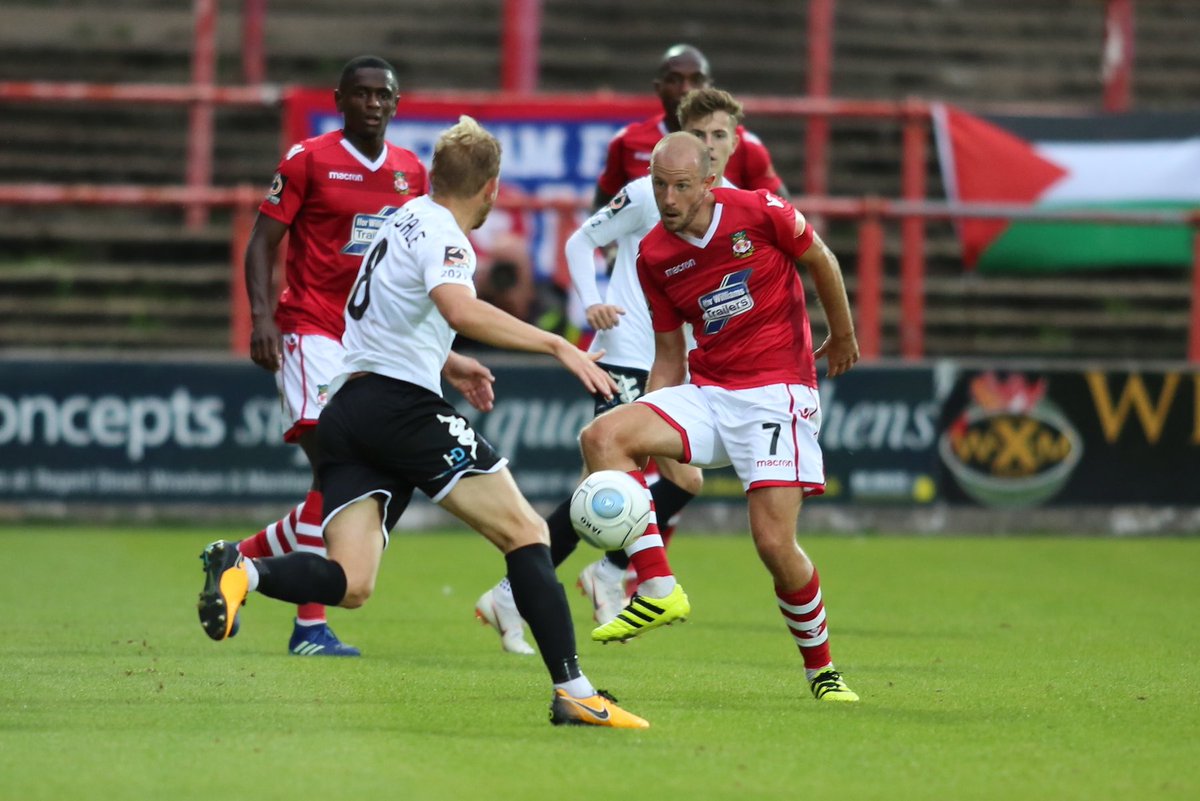 Luke Summerfield, a 31-year-old midfield player from Dartmoor in Devon, has committed to Wrexham for 2019-20.

Ivybridge-born Summerfield, who started his playing career with local club Plymouth Argyle, made 37 appearances for the Dragons last season and scored twice.

“Luke made it clear he wanted to stay at the club and the feeling was always mutual,” said manager Bryan Hughes.

“He has been coming in with the physio for treatment since the Eastleigh match in May and we sent him for scans on the injured knee, too.

“Luckily, it turned out the injury wasn’t that bad and he’s responded really well to the treatment. It’s really good to get the contract talks finished and Luke’s name next to a fresh deal here at the club.”

Summerfield, a former Bournemouth, Shrewsbury and Cheltenham player who joined National League Wrexham last summer after being released by Grimsby Town, has signed a new one-year contract to remain at the Racecourse.

He will be available to check in with the rest of the players when they return for pre-season training later this month.

Player to have rejected new contract

Players who were on loan have returned to parent clubs:

Invited back for pre-season training: