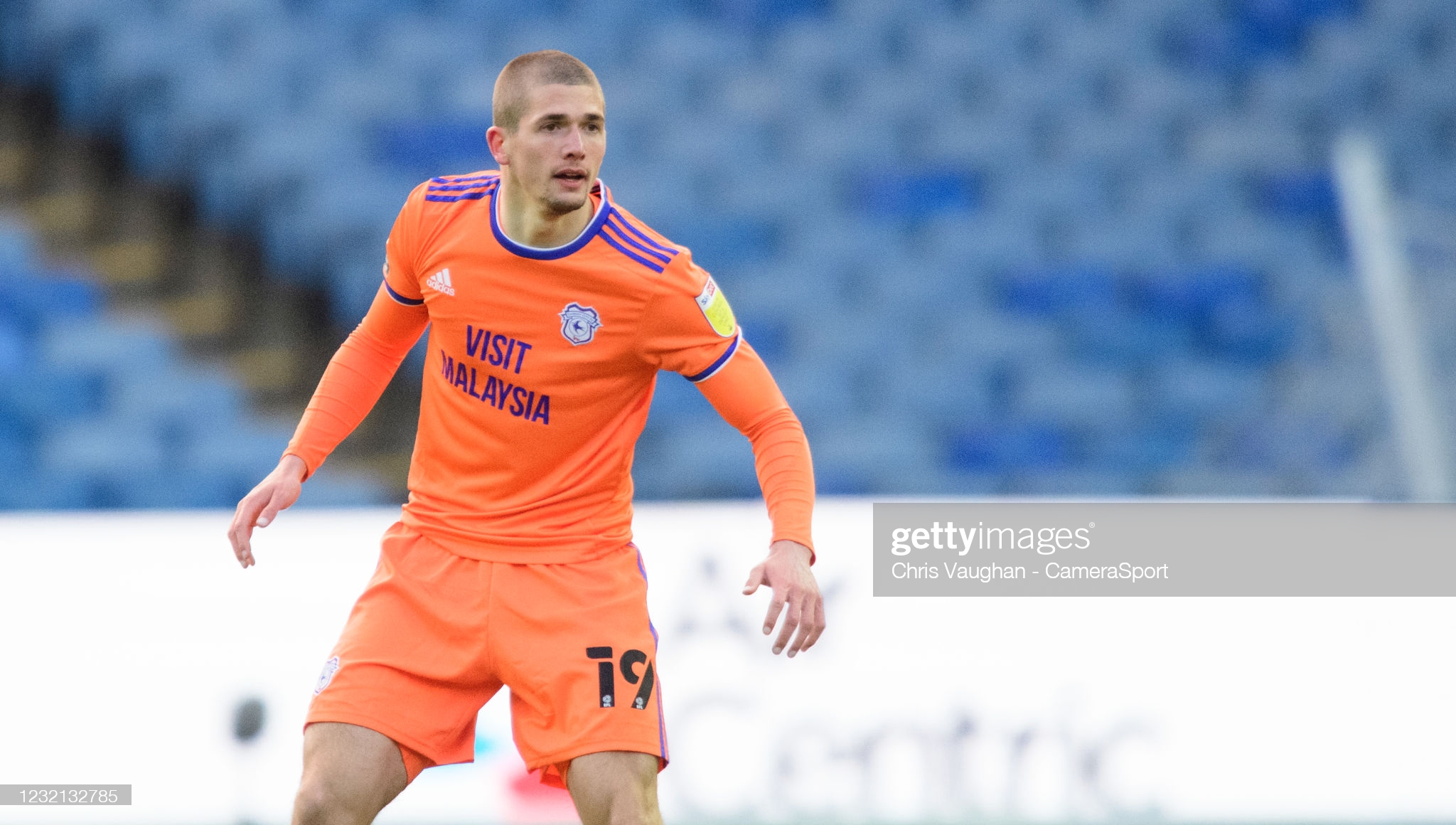 Max Watters was left feeling mad with frustration by his first spell at Cardiff City – but hopes his second will be a smoother ride.

The striker was sent out on loan by former Bluebirds boss Mick McCarthy last summer, even though Watters had only just arrived for £1m from Crawley.

Now, current Cardiff manager Steve Morison is hoping Watters’ recent flood of six goals in six games at MK Dons can help the Welsh strugglers to a vital victory at home to Nottingham Forest on Sunday.

“I felt I didn’t get the chance I deserved, but that was the manager’s choice,” said Watters of his time under McCarthy.

“I don’t think I suited his way of playing. But I sorted my head out and now I’ve got to work hard and prove myself as much as I can.

“I’m definitely more in tune with the current manager. The way we play is exciting, it’s just about getting points on the board.”

Cardiff need Watters to flow as they take on in-form Forest on the back of no wins in their last six matches.

Max Watters Excited To Be Back At Cardiff City Following Talks With Steve Morison https://t.co/jgnQCtnboa

New signing Alfie Doughty is set to make his debut after the midfielder signed on loan from Stoke City until the end of the 2021-22 season.

Doughty, 22, can play on the left side and has played full-back and said: “I can’t wait to get started.

“I haven’t had as many games as I’d have liked this season and this is an opportunity to make a name for myself.

“There’s no better place to get started – on Sky Sports against Forest, at home. That’s how I wanted it to be because I want to show the fans what I’m capable of.”

The Bluebirds are also poised to bring in striker Jordan Hugill, who has been recalled from a loan spell at West Bromwich Albion by parent-club Norwich City.

It may put Cardiff in a stronger position to absorb the loss of top scorer Kieffer Moore, should he be the subject of any late bids before Monday’s transfer deadline but Morison has insisted no offers have been made for the Wales striker.

Moore is still unavailable, says Morison, because of an ankle injury.

🗣 It’s a big game and a big occasion, fans back and live on Sky. We’ll aim to give the fans something to get off their feet and make some noise about.”#CityAsOne

“He came back into training last week,” said Morison. “He had to have an injection over the weekend in his ankle because it’s still not right.

“He has to tick boxes before he can come back into full training and we are not quite there yet. So he won’t be available for the weekend.”

The Forest game will be the first time Cardiff fans have been back in their own stadium since December 4 when they lost 3-2 to Sheffield United.

Since then, the Bluebirds have lost three and drawn three and Morison must hope the return of supporters can inspire his team as they bid to make the most of the fact that both Peterborough and Reading, beneath them in the table, both lost again on Saturday.

While Cardiff have not won in six games, Forest – managed by former Swansea City boss Steve Cooper – have won their last four games and have only lost twice since October.

A win for Forest would take them into the play-offs and Morison said: “They’ve been excellent since Steve Cooper came in.

“But, we’ll put our game plan in place and hopefully we’ll get a result on Sunday.

“We will continue to keep working and pushing hard. We have to keep believing and keep fighting, and we’ve got a group of players that will do that.

“I don’t think we are far away at all, from a statistical point of view. We just need to tighten it all up.

“Having the fans back can make a huge difference. It’s always great to play in front of your supporters.

“We’re really looking forward to the game. It’s a big game and a big occasion, fans back and live on Sky. We’ll aim to give the fans something to get off their feet and make some noise about.”