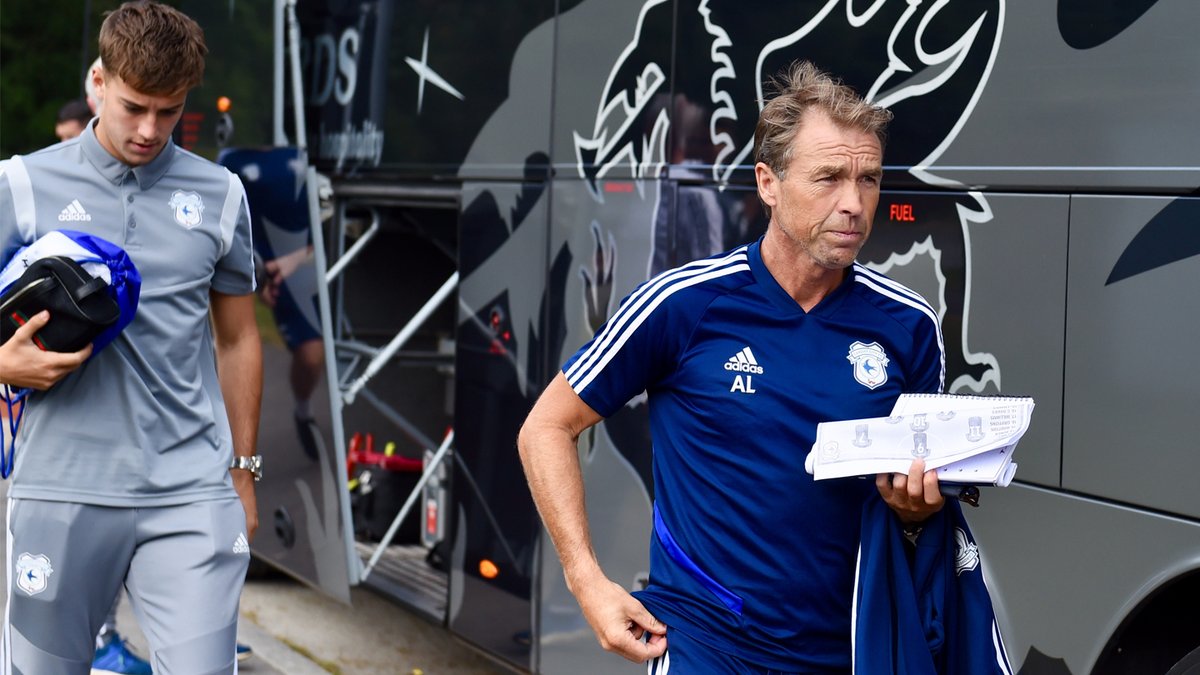 Centre-forward Madine scored three times in the first 30 minutes, two of them created by the ever-dangerous Tomlin, who weighed with in with a goal of his own.

Tomlin, looking sharper, hungrier and leaner than at any time since he signed for Cardiff, has the football brain and ability to be a major hit in the Championship this season and he combined beautifully with the menacing Madine.

Tavistock simply could not cope with the powerful Madine, while Tomlin operated just behind the main striker in a free role.

Both should have been heading to North America with manager Neil Warnock’s first team, but stayed behind because of visa issues and linked with the Bluebirds development squad for their trip to Devon and Cornwall.

They had laid on a warm welcome for Cardiff and even had a Bluebirds flag fluttering proudly in the breeze over the main entrance.

City used 19 players with Joel Bagan and Trystan Jones the only two to stay on for the full match. For the last 20 minutes, Cardiff took off Shamar Moore and played on with a 10-strong team.

Jake Evans fired City in front after two minutes and Madine almost made it two after Tomlin picked him out with an accurate diagonal pass. Madine controlled with his chest, turned and fired in a shot which goalkeeper Josh Oak saved superbly.

Madine scored his first of the evening after good work by Moore on nine minutes, while Tavistock created a rare chance on 15 minutes when Rhys Shapley ran clear. He was denied by an outstanding save by Alex Smithies, throwing himself to push the shot away one-handed.

Tomlin impressed spectators again. After 26 minutes when he produced first class touch to control a wayward cross and put it at his feet. He turned before defenders could react and clipped a delightful cross in for Madine to head in at the far post.

If the big man is given that sort of service at Championship level he will thrive.

Madine completed his hat-trick on the half hour before Tomlin made it 5-0 (36 minutes).

Sang put in a good cross from the right and Madine was close with a sharp header before former Manchester United player Sang smashed home from the edge of the penalty area (6-0, 55 minutes).

City were in seventh heaven when Griffiths completed the scoring after 70 minutes.