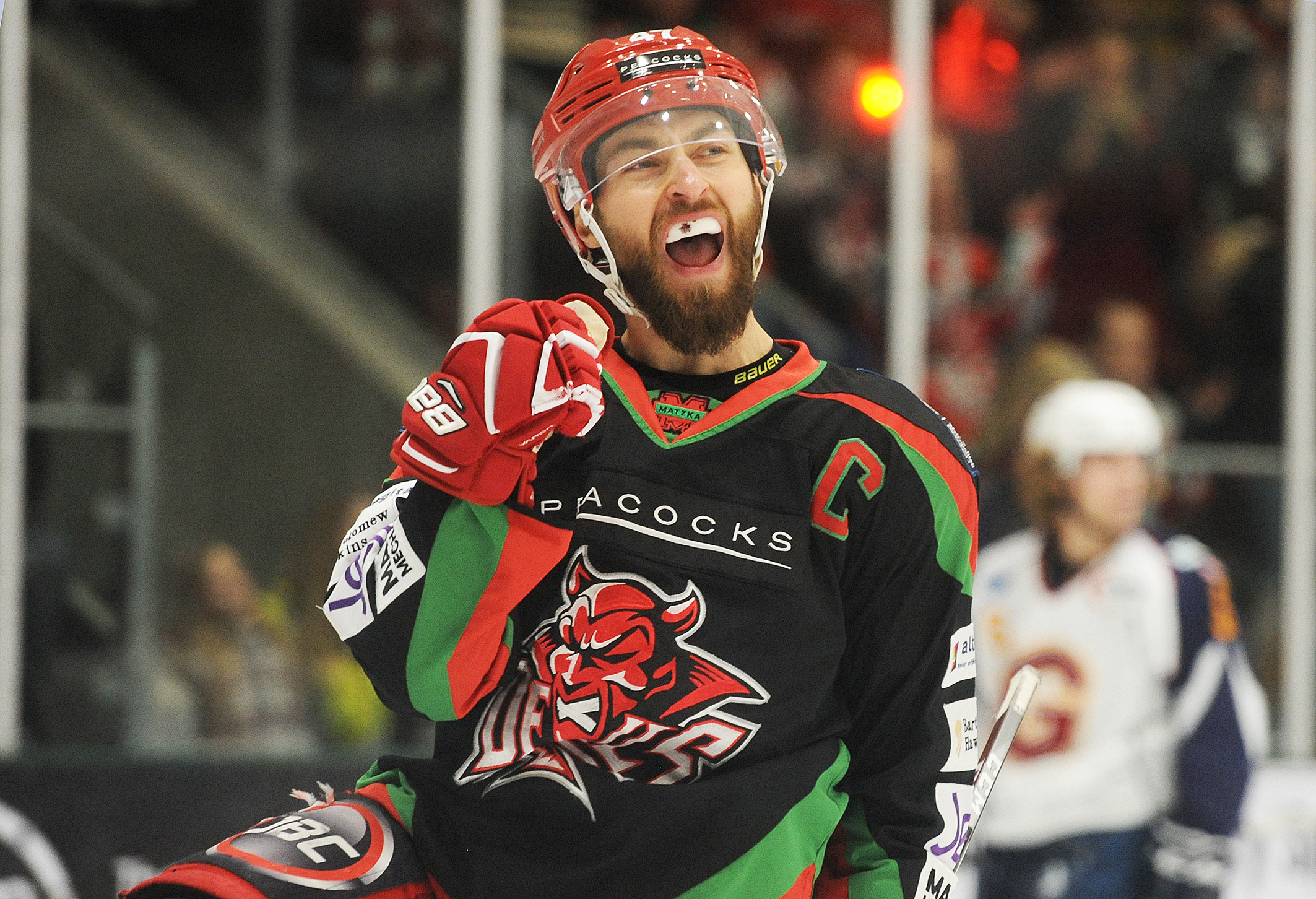 Cardiff Devils clinched their place in the Challenge Cup knockout stage thanks to a 5-4 win at Milton Keynes and now return to European mode.

Head coach Andrew Lord and his team welcome Swedish champions Vaxjo Lakers to Ice Arena Wales on Tuesday and he says: “We’d give just about anything for a win. The guys have laid it on the line for five Champions League games and deserve that.

“Personally, I’d love Red Army fans to turn out in force and get behind their team. Together – players, supporters and staff – we can make an impact.

“We will give it everything we have as a team and if we play the way we can there is no doubt we can be right there with Lakers.”

Devils won both of their domestic matches over this weekend, winning against Dundee Stats at home in Elite League and Lightning in the Cup.

Lord’s men led 4-0 before the halfway mark and then held off a spirited and dangerous Lightning comeback at the Planet Ice Arena, Milton Keynes.

Devils have won all four Cup group matches played so far and have already ensured thy will be in the quarter-finals even though they have two fixtures left.

They are against Guildford Flames at home on Saturday, October 27 and at Coventry Blaze the following evening.

Now, though, Devils are focused completely on their home clash with Vaxjo at Ice Arena Wales on Tuesday.

Only after that match – their third outing in four days – will Lord allow his players to start thinking about next weekend’s home double-header with Sheffield Steelers and Fife Flyers coming to South Wales.

Joey Haddad, Charles Linglet, Sean Bentivoglio, Mike Hadden and man of the match Jake Morissette scored for Devils in a gutsy away win.

Lightning scored their fourth goal with three minutes 20 seconds left, but Devils held on to their one goal advantage and secured their ninth win in 10 domestic matches so far this season.

Cardiff also hit the half century, taking their goals tally in those fixtures to 50.

Thomas Murdy played the full 60 minutes for Devils with Ben Bowns on the bench and that proved an excellent decision by Lord.

Man of the match: Jake Morissette.

Tickets are on sale for Devils’ three successive home fixtures. They play Lakers on Tuesday in the CHL (7.30pm) following by Sheffield on Saturday (7pm) and Fife the next evening (6pm).

Challenge Cup – qualifying rules: bottom teams in groups B and C go out of the competition. Winners of each group qualify for the quarter-finals.

Remaining six ranked 4-9 after those clubs in B and C (groups of four) have had results and all statistics v bottom team taken away.

Whoever finishes ninth in that process will go out.