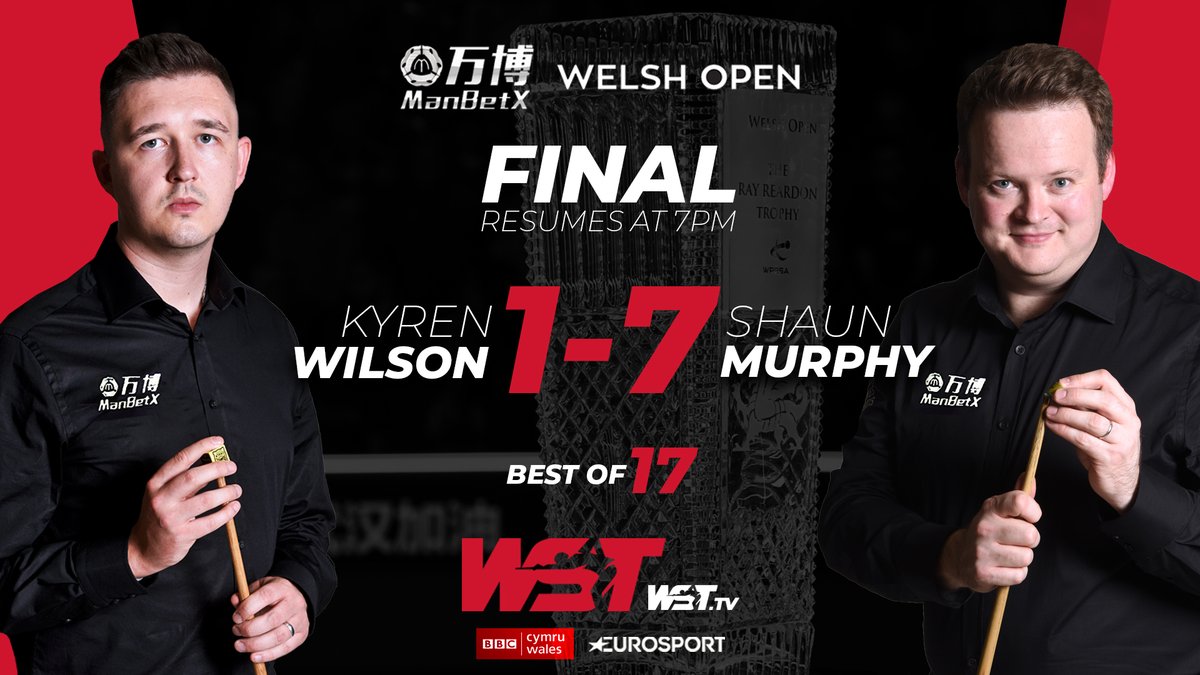 Shaun Murphy, a 37-year-old snooker professional from Essex, looks on the verge of winning the ManBetX Welsh Open for the first time.

Harlow-born Murphy started the final session of the final at Cardiff’s Motorpoint Arena leading 7-1 against Kyren Wilson and he needs two more frames to win the Ray Reardon Trophy.

Former World champion Murphy, nicknamed ‘The Magician’, started the final in sensational style, scoring breaks of 108 and 84 to win the two opening frames. He then took the third on the pink before making it 4-0 going into the mid-session interval.

Wilson’s consolation frame gave him a little relief, winning after a 43 break.

The first player to reach nine frames will win the £70,000 top prize.

Wilson, from Northamptonshire, defeated Ronnie O’Sullivan 6-5 in a thrilling semi-final.

Murphy won 6-5 against China’s Yan Bingtao 6-5 in his semi-final, completing the win just after midnight.

He composed a century break of 109 to clinch the deciding frame.

The clash lasted more than five hours and Yan, who celebrates his 20th birthday today, had taken the first two frames, before four on the bounce from Murphy saw the Englishman lead 4-2.

Riga Masters champion Yan battled back to lead 5-4, but Murphy claimed the last two frames to seal his place in the final.

“The match didn’t go the way either of us wanted,” said Murphy. “You just have to play what is in front of you.

“When we started the game he was 19, not that I would say it was a long game, but he did have a birthday halfway through it! He is a phenomenal player and is going to be around forever.”