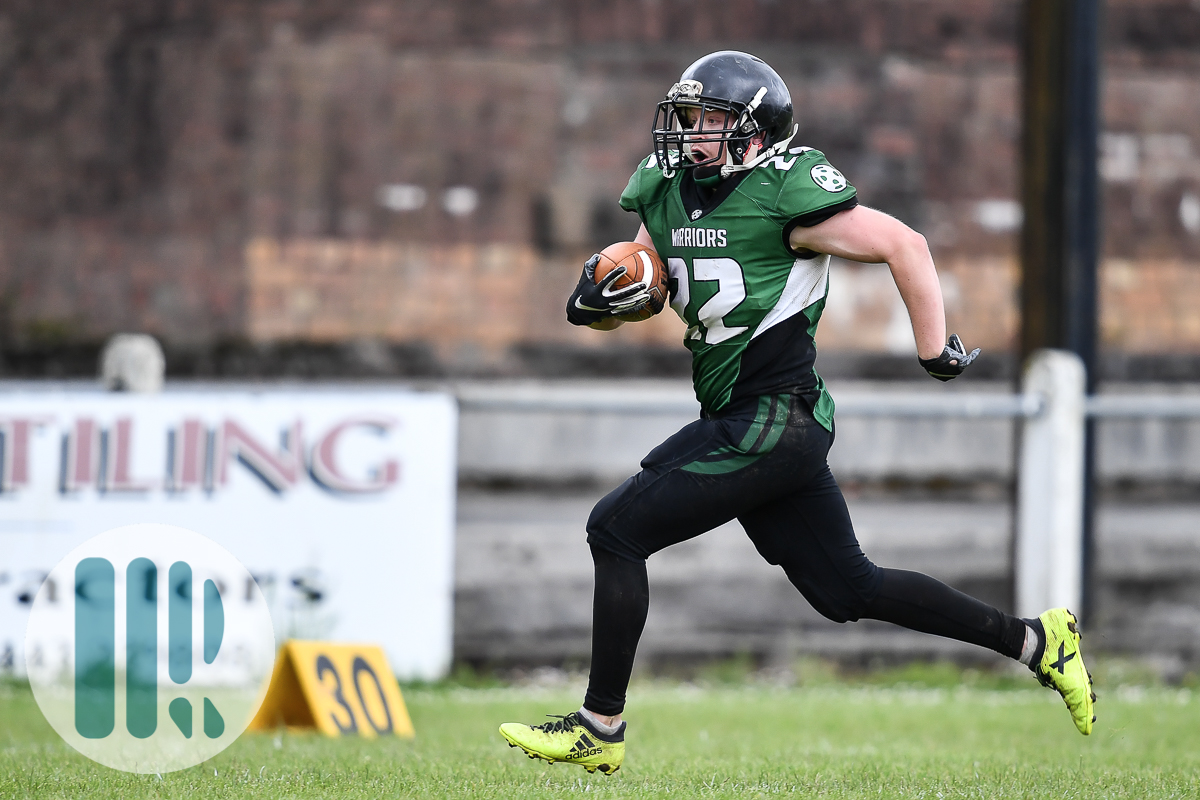 The South Wales Warriors have given themselves a clear advantage in the battle to win the west division after their most impressive victory of the season.

Both the Warriors and the Torbay Trojans had perfect 5-0 records heading into this clash in Paignton but the hosts were unable to live with the Welshmen who scored seven touchdowns.

The Trojans must now re-group ahead of the return fixture on July 7 in which the Warriors can seal a second successive west division title.

Receivers Jamie Gilpin, Michael Hiles and Mick Duncan each grabbed a touchdown with running back Daniel Abbruzzese running in another score.

But the defending west champions weren’t content with four offensive touchdowns and added a further three scores from their defence and punt return units.

Defensive back Daniel Dacey returned an interception for a touchdown and also took a punt return back for six points to add to his ‘pick six’.

Linebacker Nik Yeubrey also recovered a fumble for a touchdown. The Warriors converted six of their seven touchdowns and the home side’s scores amounted to little other than a consolation.

The Warriors return to action on Sunday, July 7 when they host the Trojans at Llanharan Rugby Club’s Dairy Field.