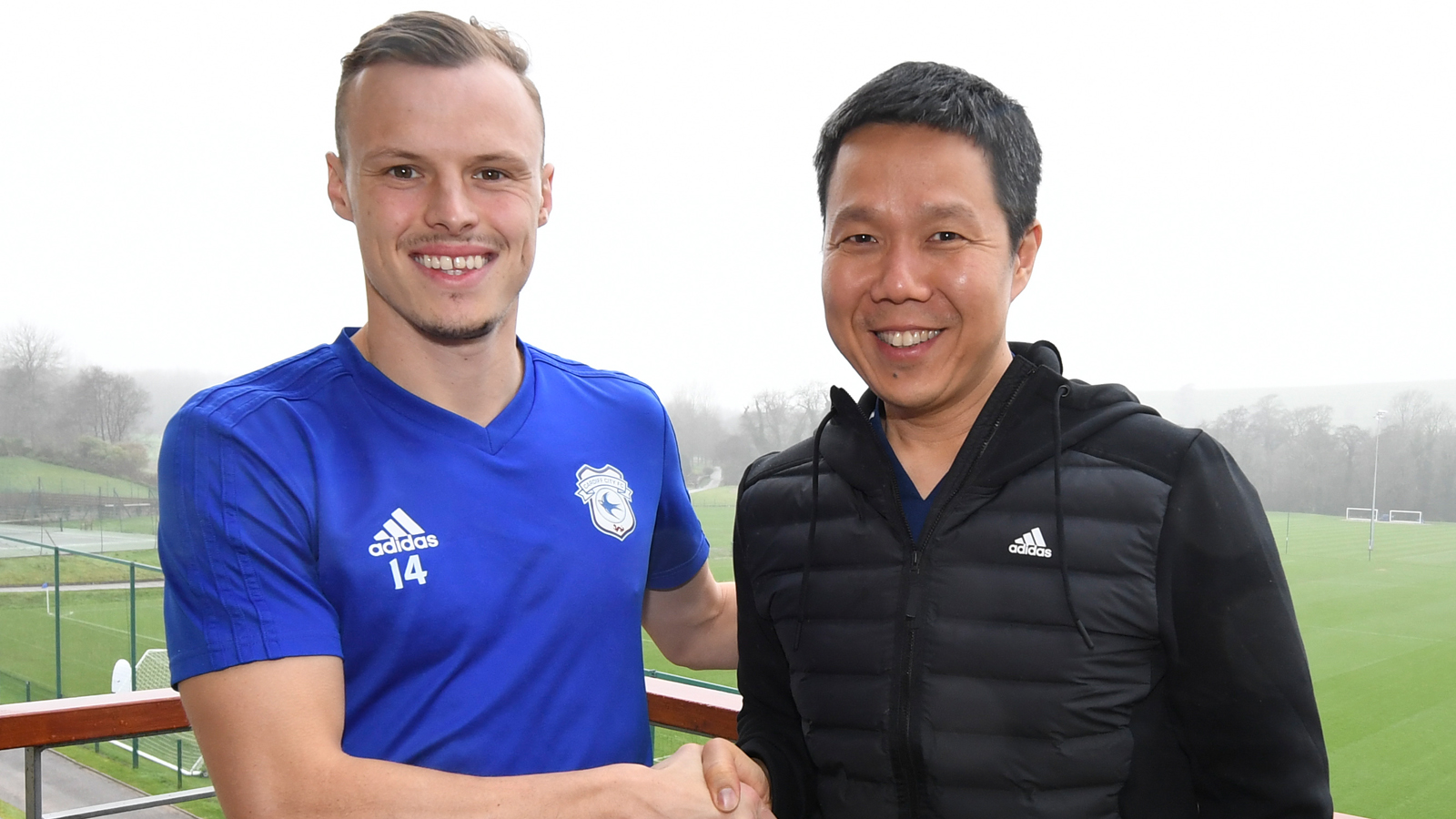 The man from Penrith, New South Wales won the Major League Soccer Cup with Sounders – and now he is on a mission to enjoy new success in South Wales.

Smith played for Sounders when they defeated Toronto 3-1 in the final at CenturyLink Field, Seattle, a match watched by 70,000 spectators.

Fellow Socceroos Tim Cahill, Danny Allsopp, David Carney, Andy Rose and Bernie Ibini have all played in America’s top tier, but Smith was the first Australian to play in the cup final.

“To get to the final was huge for me personally,” said Smith “It was crazy. The stadium sold out in a couple of days.”

Smith, a quick and decisive left-back, moved from Anfield to Bournemouth, had loan spells with Swindon plus Seattle and is now in Cardiff until the end of this season.

He has 22 senior International caps for Australia and could yet make his Bluebirds debut in Friday’s SkyBet Championship home fixture against Reading, although Bennett looks likely to start.

“We’ve been looking for a left back to compete with Joe Bennett, somebody who is attack minded, has real pace and energy and can go up and down the pitch,” says Cardiff manager Neil Harris.

“His character references and people I have spoken to about him have been first class that is a huge thing for me. We have good characters, good trainers, good lads in the building and he was desperate to come to Cardiff.”

Smith, aged 25, was Liverpool Academy player of the season in 2015-16, while he made five first team appearances for the Reds.

Smith later chose to play for Australia and is now committed to the country where he was born.

Manager Harris is still trying to strengthen his squad again and says: “I’ve said all along I wanted to sign a couple of players to add to the group.

“I want to sign a forward and my thoughts haven’t changed. It was not a scramble to get Brad (Smith) in and we are not scrambling to sign a player on Friday.”

Cardiff have been linked with Crystal Palace striker Connor Wickham, but could miss out because he looks set to sign for Sheffield Wednesday on loan.

Harris has a busy day with the transfer window closing tomorrow evening. He has to prepare for Reading’s visit, while maintaining a watch on transfer victory with a striker due to join the Bluebirds and several younger players possibly going out on loan.