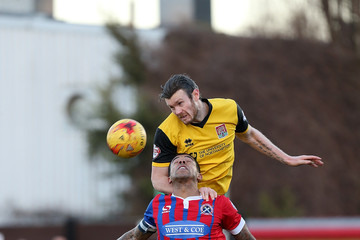 Michael Flynn was delighted with his team for most of Newport County’s home draw against promotion favourites Mansfield Town at Rodney Parade.

“We were brilliant for 90 per cent of the match,” said manager Flynn. “We should have scored more goals.

“We came out after half-time and knew they would start on us, we shot ourselves in the foot and gave away two poor goals.

“It’s really disappointing that we haven’t won the football match. We should have won it comfortably.”

Mansfield Town had a player sent off, but still managed top fight back from two goals down and earn a League Two draw in this opening match of the season.

Joss Labadie put County ahead with Padraig Amond adding a second from a penalty after Jamille Matt was fouled.

Krystian Pearce headed home to pull a goal back a minute after the break before Danny Rose struck to complete the 2-2 scoreline.

Mansfield missed a chance to go ahead when goalkeeper Tom King saved a penalty taken by former Cardiff City striker Nicky Maynard’s penalty, while the visitors then had Jacob Mellis was sent off for a stamp on 68 minutes.

Flynn elected to selected nine of his 11 summer signings in the 18-man matchday squad at Rodney Parade and set his team up in a 4-1-2-1-2 formation.

King, Ryan Haynes, Kyle Howkins and Danny McNamara all made debuts in the starting line-up, while Corey Whitely and Tristan Abrahams also made their first appearances off the bench.

Joss Labadie is the newly-appointed club captain and his team dominated the first half.

But the Exiles could not learn the League Two win almost 4,000 home fans craved and now focus on a trip to play Cambridge United next Saturday.