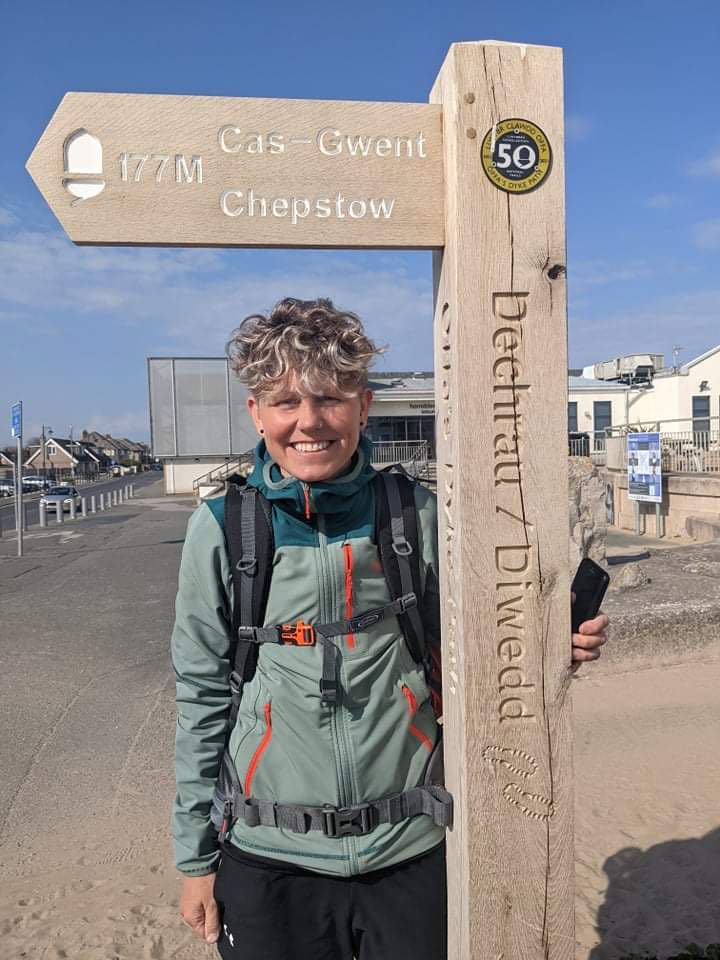 Marie Tilley on her epic walk along Offa's Dyke.

Marie Tilley is no stranger to forging on through adversity in her life, so 193 miles of arduous path and 30,649 feet of elevation was never going to intimidate her.

Sure enough, Marie’s epic fundraising efforts continued this month when she completed the famous Offa’s Dyke route in a 12-day period.

And the cause couldn’t have been more poignant.

The 41-year-old took on the challenge for Breast Cancer UK, and more specifically, to raise awareness and support for women who are being treated for breast cancer, and also helping them cope with the aftermath of treatment.

It’s a condition that Marie is well versed on, having had her world turned upside down in 2018 when she was told she had invasive grade two breast cancer.

What followed was six sessions of chemotherapy, 18 sessions of Herceptin treatment and a double mastectomy, a procedure she openly admits she chose to take on.

It meant an inevitable break from sporting activities, but now she’s back and after her latest challenge, said the difficulties encountered on the trek were worthwhile.

“The walk was tough at times but amazing,” said Marie.

“Someone was definitely watching over me because the weather conditions were just perfect. It would have been a different story if it wasn’t though.

“Each day brought different challenges – amongst them many animals.

“But the toughest section was the switchbacks – the ascents and descents were steep and relentless.”

The challenge formed the latest instalment of her ongoing ‘Marie’s Mission’, which the 41-year-old started back in 2015 with the initial goal of helping the Juvenile Diabetes Research Foundation (JDRF). This followed her youngest son, Marley, being diagnosed as type 1 diabetic.

In 2017, she trained up a group of friends, many of whom had never participated in a running event before, to take part in the Cardiff Half Marathon, again raising funds for her mission.

But after finishing her chemotherapy treatment, focus then turned to helping people who had been through similar.

She duly raised £10,000 for the chemotherapy ward at Withybush Hospital, and there’s more to come.

“I feel very fortunate to be back doing what I love doing and raising money on Marie’s Mission,” she added.

“The group is soon to become a charity which will help raise awareness of breast cancer, and support those who are battling it or have come out the other side.”

Marie, who also played international football for Wales at age-grade level, is now in the process of setting up a meeting group to help those being treated, or who are recovering, from the disease.

For more information on the group, or how to donate to the cause, can be found on the Marie’s Mission Facebook page.