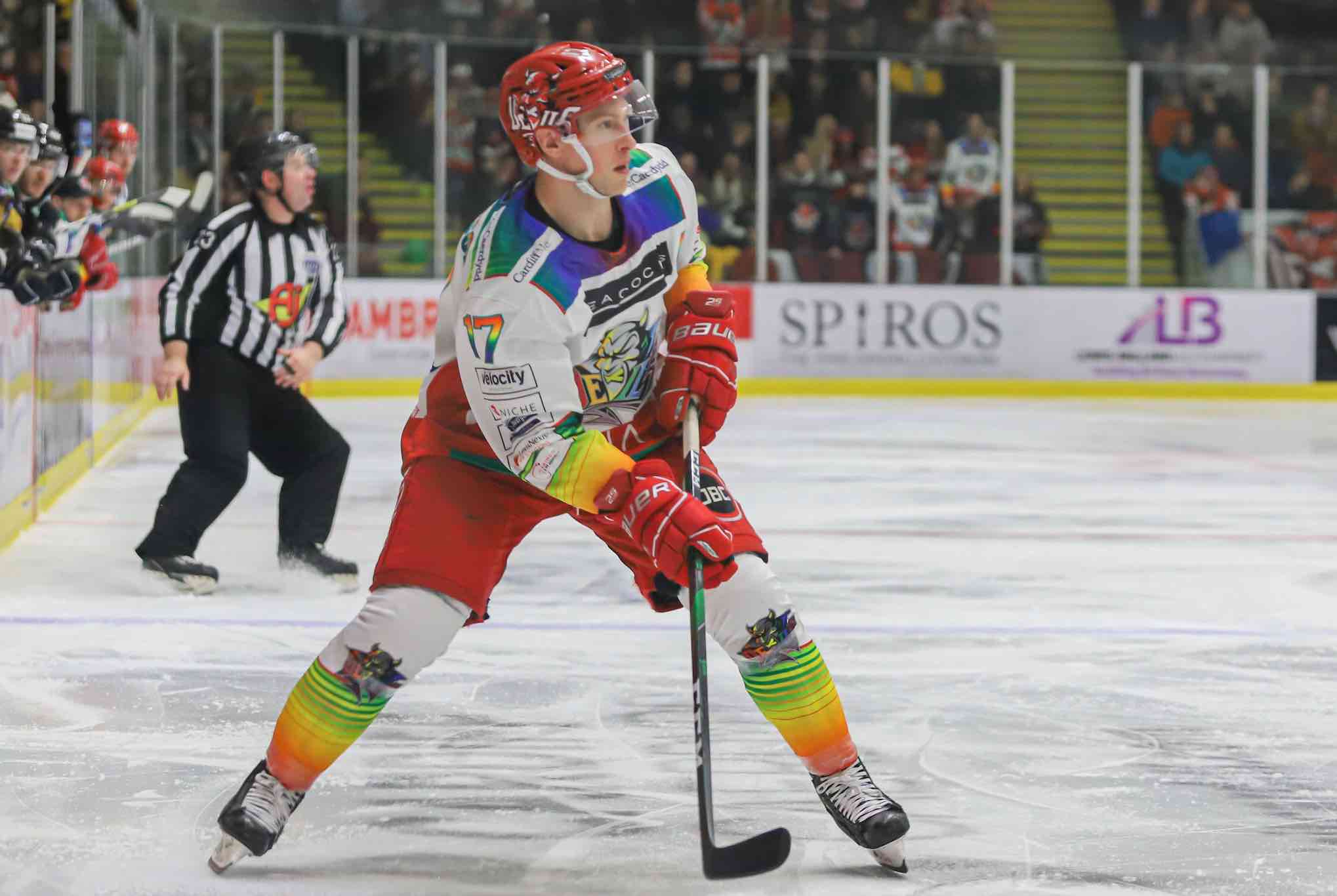 Mark Richardson has signed on again for the Devils. Pic: Rebecca Brain.

Mark Richardson has committed to Cardiff Devils for next season – joining captain Joey Martin, Joey Haddad and Stephen Dixon in reconfirming their commitment to the club.

Richardson has agreed terms for the 2020-21 campaign, meaning the Devils will retain one of the most consistent, reliable and effective British defenceman over the last two decades.

‘Richy’ is the longest serving Devil on their roster and the 33-year-old is heading into his 18th year of pro hockey after making his professional debut at the age of 16 for Bracknell Bees in 2003.

He is the only Devil to have played in all three of their rinks – the Wales National in Cardiff City centre, Big Blue Tent and Viola Arena.

The quietly-spoken, ultra-professional defenceman says: “Yes, there have been tough times, but there was never a year I didn’t enjoy. It’s always been amazing.

“I love playing hockey and it’s a lot more enjoyable if you are in best shape you can be in.”

Richardson was on the ice when GB scored the winner which condemned France to relegation with two Cardiff-born players conjuring up the crucial goal.

Jonathan Phillips slipped and fell, but still managed to slide his body round on the ice and slip a pass for the onrushing Ben Davies, who left the goalie helpless with a deceptive backhand shot.

They have also qualified to play in Champions League hockey for a fourth successive year.

Richardson played alongside Andrew Hotham, who retired at the end of 2017-18, for four years and now partners Gleason Fournier.

It is no coincidence that Hotham was voted League D-man of the year in all four seasons with Richardson – and Fournier lifted the trophy last time out.

“I had four excellent seasons with Andrew and it’s great fun to play with Gleason,” says Richardson.

Welcome back to a @cardiffdevils legend. Quietly goes about his business every single night…and his business is nothing other than sustained excellence. https://t.co/5PojIbYEC6

“I sometimes found myself watching what they could do. The skating ability of Fourns was remarkable, but I like to think I helped him a little bit.”

Richardson is now 33-years-old, but his levels of fitness and the way he prepares for every stage of a season means he is still in his prime as a hockey player.

“I still look to improve on everything to do with my game,” he says. “I work to be better in every area. Just because a player is older doesn’t mean he can’t improve.

“I need to be as good as I possibly can.”