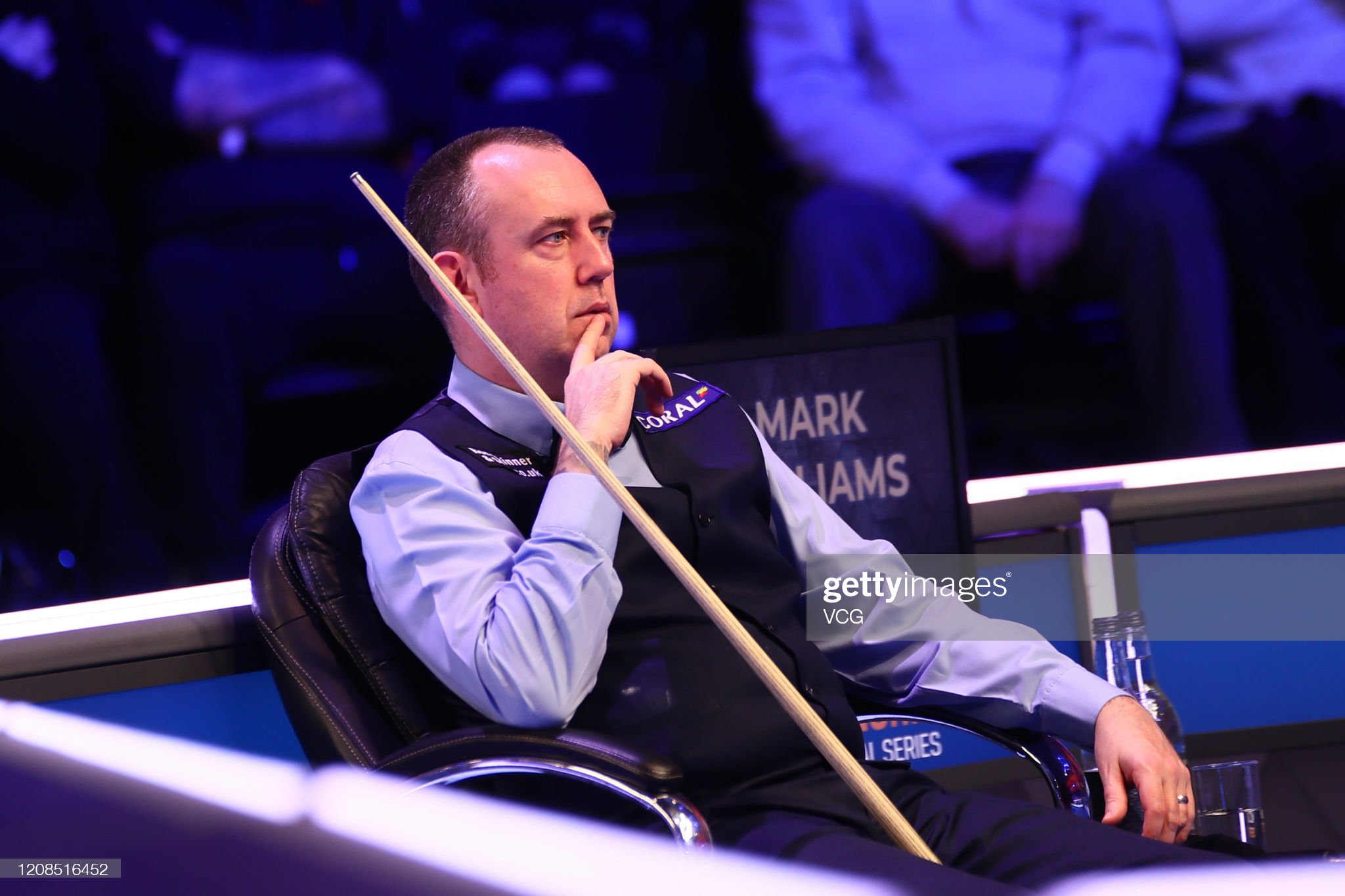 Mark Williams has jumped to the defence of snooker’s young brigade and called Ronnie O’Sullivan “disrespectful” for his criticisms of their standards.

Wales’ former world champion saw his pursuit of a third title ended by O’Sullivan on Tuesday when the five-time champion won their quarter-final 13-10 at the Crucible.

It was a clash between two of the game’s ageing legends with Williams now 45 and O’Sullivan 44. But it was a contest given more spice by O’Sullivan’s comments that levels of performance among the younger generation was so low that he would, “have to lose an arm and a leg to fall out of the top 50.”

Williams – who let slip a 7-2 lead – acknowledged that O’Sullivan is the most talented player the sport has ever seen, but said: “I have the most up respect for Ronnie. I’ve grown up with him since the age of 12, but I don’t agree with some of the comments he’s made in this tournament

“Most of the stuff he says is total nonsense. The stuff about other players at the tournament. We can’t all be as good as him, but we are all trying our best.

“Ronnie is the main headline of the sport. He’s our pinnacle, so people listen to him. But you’d never get Roger Federer or Tiger Woods speaking about fellow pros like that. It is disrespectful.

“We can’t all be as good as Ronnie. We aren’t as good as him, but we are trying our best.

“There are talents coming through. There’s a 16-year-old (Jamie Wilson) coming through Q school, and a few others, you have to give them time to develop, learn and get better.”

Between them the pair have won the world crown eight times – O’Sullivan five, Williams three – and the snooker lived up to the billing. They traded frames to reach 10-10 but from there O’Sullivan pulled away to win three frames in a row for a 13-10 victory.

O’Sullivan now plays Mark Selby in the semi-finals, starting on Friday, with Kyren Wilson vs Anthony McGill in the other semi.

“I enjoyed it all the way through, I thought there was some good stuff,” Williams told the BBC.

“Obviously a few misses as well, but what do yo expect over 25 frames. ‘There’s a reason I haven’t beat him here, because he’s the best player ever to play.

“He’s probably cost me at least one, maybe two world titles over my career. I’ve just come up a little bit short again. Even though I lost, I enjoyed it. I thought it was a good game.

“No doubt he’ll say he played s**t, like he normally does, but I thought it was a good game.”

Mark Williams is the actual king of giving zero fucks. Man just played a shot one handed to get out of a snooker and then one handed a rest shot. Man’s an icon. If I ever go to Wales I want to see Mark Williams big head plastered at the side of every building.

O’Sullivan then compared himself to a “fat Maradona”. He was once again far from satisfied with his performance and claimed only natural talent – like that possessed by former Argentina superstar – was sustaining his quest for a sixth career world title.

“I’m not hard on myself, I’m a realist,” he said. “I’m not doubting that I’ve got ability. What I’m good at I’m unbelievably good at: my scoring, my break building, my positional play. There will always be a little bit like … Maradona.

“You look at him now, he’s big and fat but you put a ball at his feet and the geezer’s unbelievable – but he’s not fit enough to play against guys who haven’t got as much talent as him.

“I don’t believe you can win it being good or rubbish, and I’ve been good or rubbish. I just need to be steady. Otherwise it’s like trying to win the US Open with a five-iron in my bag.”

The Rocket will now face the Jester in the semi-finals after Selby completed a comfortable 13-7 victory over Neil Robertson, the No 2 seed.

The highly anticipated match-up is a repeat of the 2014 final, which Selby won 18-14 to claim his first world title.