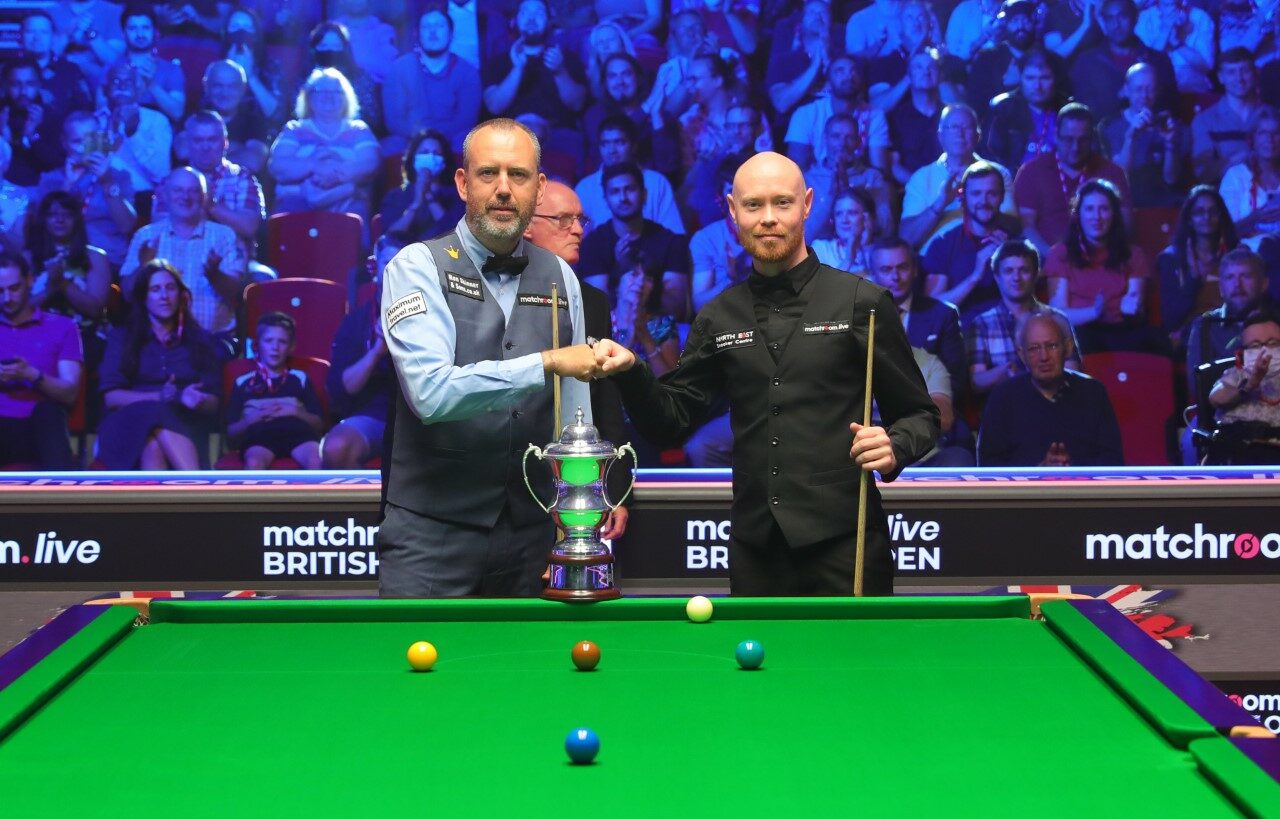 Welsh snooker legend Mark Williams says he was ‘destined to win’ the British Open on Sunday evening as he beat Gary Wilson 6-4 to claim yet another ranking title.

“I’m a little bit fortunate to win it,” said Williams who first won the British Open title in 1997.

“There were two or probably three matches that I definitely should have lost but somehow I managed to win them.

“Every time it looked like I was going to get beat, they’d miss something or I’d do some good clearances at the right time.

“I thought I played really solid in the final.

“I missed a few balls, that’s the way it is, but overall I thought I played really good. I felt good out there, I made a few good breaks today.”

At 46 years and 154 days, the victory made Williams the third-oldest ranking event winner in the sport’s history.

Only fellow Welshmen, Ray Reardon (46 years and 221 days) and Doug Mountjoy (46 years and 172 days) were older at the time of their last wins.

‘The Welsh Potting Machine’ has become known for the manner in which he celebrates his victories.

Famously, he partied through the night after winning a third world title in 2018, before fulfilling an earlier promise to do his post-match press conference naked.

But last night he kept things simple, opting for a late night McDonald’s, as he told a fan on twitter.

The next ranking event for Williams is the Northern Ireland Open, which begins in Belfast on the 9th October.