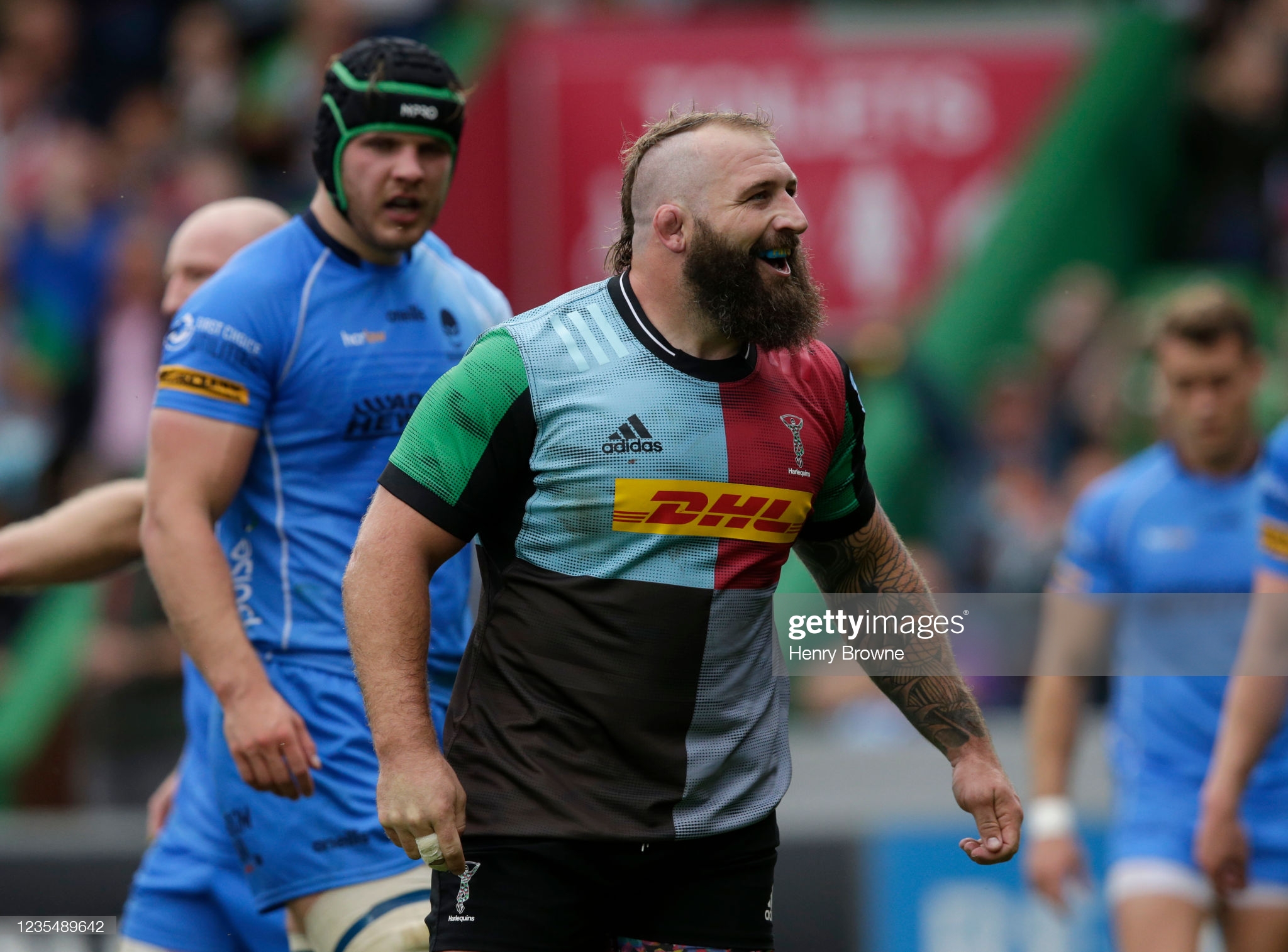 Rhys Carre admits he is cut from different cloth to Joe Marler – but aims to make sure it is simple Cardiff blue and black that catches the eye on Friday night.

England prop Marler is one of rugby’s most colourful and ubiquitous characters. Even when he is not wearing the multi-coloured strip of Harlequins, the bearded, one-time Mohican-haired No.1 tends to attract plenty of attention.

Carre, on the other hand, confesses he is a bit more low key. But the Wales international will settle for a a successful job done quietly when Cardiff host Quins at the Arms Park in a match that is live on S4C.

“I think I have only played against Joe maybe once before,” says Carre about his fellow loose-head.

“It was the Six Nations, two years ago at Twickenham.

“He’s probably a bit more of an outspoken character than I am. I just get on with it and do what I need to do to perform on a weekend.

“I wouldn’t say I know him as a person but what he’s doing online, what he does in his spare time and how he wants to spend it, how he wants to put himself across to the public – it’s different to me.

“But anyone who has put in the amount of games, and represented his club and country as much as he has done over the years, you have to admire.

“You have to have respect for that. Everyone knows he’s a good player so I’m looking forward to Friday night.

I don’t think it’s an exaggeration to say the last two weeks have been two of Rhys Carre’s best performances for Cardiff.

Getting through a serious amount of work in the loose and backing it up at scrum time, causing Springbok Thomas du Toit all sorts of problems here. pic.twitter.com/dH3ygINYri

“He’s a veteran now, everyone knows him. He’s been solid for his whole career, really, and I’ve got the greatest respect for him and what he’s done, so it’ll be good to get on the pitch with him.”

That one and only meeting between the props two years ago ended with an England victory, 33-30, when Carre came off the bench to replace Rob Evans.

Cardiff’s former Saracens forward was not part of the patched-up and pulled together side that lost 43-17 at Quins just before Christmas, as he was still isolating following the club’s troubled trip to South Africa.

He also never appeared for Sarries against Quins in his time in London, meaning this game will be his first against the current English champions.

“Everyone knows what the Quins do and they won’t change. They play a good counter-attacking game and an attacking style of rugby and we look forward to playing against that and matching it.”

This is an Anglo-Welsh clash that might well have attracted a full house, had supporters been allowed in, but Carre says the strength of opposition and need for a home victory after losing the away tie, means motivation will not be difficult to summon.

“You’ve got to think, it’s a Friday night game at the Arms Park and you’re up against the English champions, nothing else should be needed to get you ready for the game than that.

“The crowd would be an added bonus but at the end of the day, the English champs in the biggest competition in Europe, at home on a Friday night, is huge. And we have that big main priority, which is getting that win.

“We need to build on what the boys have done previously against Quins and Toulouse. The boys who stepped up from the academy and from some of the Prem teams, the boys already here leading it, have done a massive job for us and made everyone proud.

“Every youngster in Wales who grows up playing rugby dreams of this day. Dreams come true.”

“So, I think our main priority going into this game is to carry on what they started.”

There will be another Englishman in the Quins ranks who will be familiar to Carre.

The visitors’ captain and England No.8 Alex Dombrandt played for Wales U20s alongside Carre in 2017, before the Red Rose laid claim to the Quins star whose Welsh qualification only came through his stint as a student at Cardiff Met.

Carre insists the rise of Dombrandt is no real surprise since the physical and mental attributes of his former teammate were there at a young age.

“He’s always been a massively skillful person, you could tell he had something else about him in training,” says Carre.

“He’s a top bloke and he’s a top player so I’m really happy with the way he’s going. He’s got one of those mindsets where he wants to be the best and he puts that into work every second that he’s on the pitch so you can see that. He’s done well for himself and I’m happy for him.”

Cardiff and Carre will be looking to shake off any lasting effects from last week’s heavy 34-10 defeat at Edinburgh in the URC and hope a fresh tournament means a very different outcome.

From playing for @cardiffmetrfc to taking on @Cardiff_Rugby on the biggest stage 👊@Alex_dombrandt is heading back to the Welsh capital as leading try scorer and @Harlequins captain tomorrow 🔥#HeinekenChampionsCup pic.twitter.com/zuvnYvLOYo

“There’s a lot of factors that obviously go into it, but we’re not saying we’ve got any excuses.

“We start every game with high hopes of putting in a good performance and it didn’t go that way in the end, but that’s rugby, you can’t always play well.

“We’re going to try and build on that this week, put it behind us, and put our best performance on Friday night and see what we can do.”

Live coverage of the Heineken European Champions Cup match between Cardiff and Harlequins at the Arms Park.