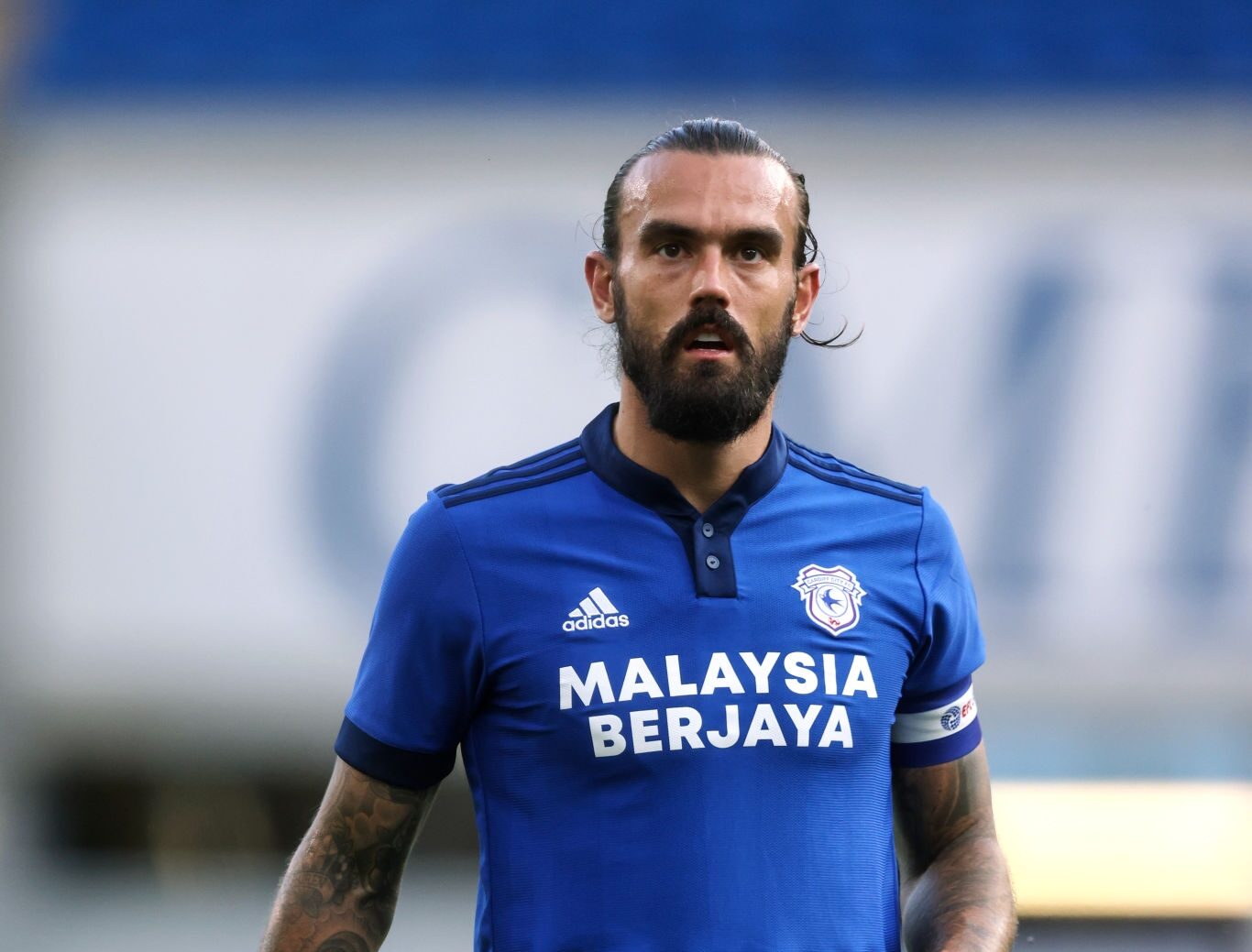 Marlon Pack admitted Cardiff City’s tribute to Peter Whittingham left him with a lump in his throat – and a protective arm around teammate Joe Ralls.

For the first time since Whittingham died last year at the age of just 35, the return of supporters for the opening day 1-1 draw with Barnsley meant Cardiff fans were able to join an emotional big screen tribute to arguably their greatest player.

Images of Whittingham, and his goals, triggered a heartfelt response among the Bluebirds players and midfielder Pack – who opened the scoring – revealed: “I found myself choking up and getting a lump in my throat.

“And I had to put my arm around Rallsy because he played with him.

“I didn’t play with Whitts but I played against him. He was an absolutely fantastic player – one of the best the Championship has ever seen and Cardiff have ever seen.

“He was brilliant and it was a brilliant tribute to him and to all the Cardiff fans who lost their lives during the pandemic.

“It gave me the sense that this was a game for them. I’d like to dedicate my goal to all those Cardiff City fans who have lost loved ones.”

Pack’s second half header looked as if it might make it a perfect day of celebration for Cardiff fans, but a deserved equaliser from Barnsley’s Toby Sibbick was a reminder that denial as well as joy is part of the richness of the match day experience.

There were elements to excite home fans such as the impressive debut of winger Ryan Giles, a 21-year-old loan signing from Wolves.

His crosses should have yielded more goals for Cardiff and it was his corner that found Pack’s head.

But Barnsley showed they have lost none of their grit and determination, even though former manager Valerien Ismael has moved to West Brom and they have lost significant players from last season.

Pack added: “We would have expected to see that win out, but overall, in terms of the magnitude of the game, without being negative it was about not getting beat and getting the first point on the board.

“It was a big game because of the fans again.

Banner unveiled at the Cardiff City Stadium in tribute to the great Peter Whittingham. pic.twitter.com/RoTBAm0c0k

“Football without fans is not the same. You are trying to whip up an atmosphere in the changing rooms but it’s just not the same.”

Pack is among those already impressed by 21-year-old Giles and agrees with manager Mick Mccarthy that the youngster’s crossing ability should be a huge asset for the team as a supply line for both Kieffer Moore and James Collins.

“He has got a fantastic delivery,” added Pack.

“He is someone who offers something that little bit different in the team that we were maybe lacking before.

“I think we will complement him, too. The way he gets the ball out of his feet and puts it in [the box] with so much venom and pace.

“In fairness, he was lucky today to get only the one assist, because he has put in some great balls and we were unlucky not to score a few more from his deliveries.

Highest attendances in the EFL this weekend:

“He will be a fantastic asset to us. He’s a young lad who’s learning but he’s got undoubted ability and it’s down to us, our senior players, to make sure he delivers and to back him up during the games.”

Sibbick, who latched onto a brilliant through ball from Josh Benson to equalise, insists the Tykes will be a force again this season under new Austrian manager Markus Schopp.

“We would probably have taken a point before the game but we’ve just been talking in the dressing room and we’re disappointed not to take all three based on our performance and our chances,” said Sibbick.

“It wasn’t quite our day in front of goal but it’s a good start and we can build on it.”