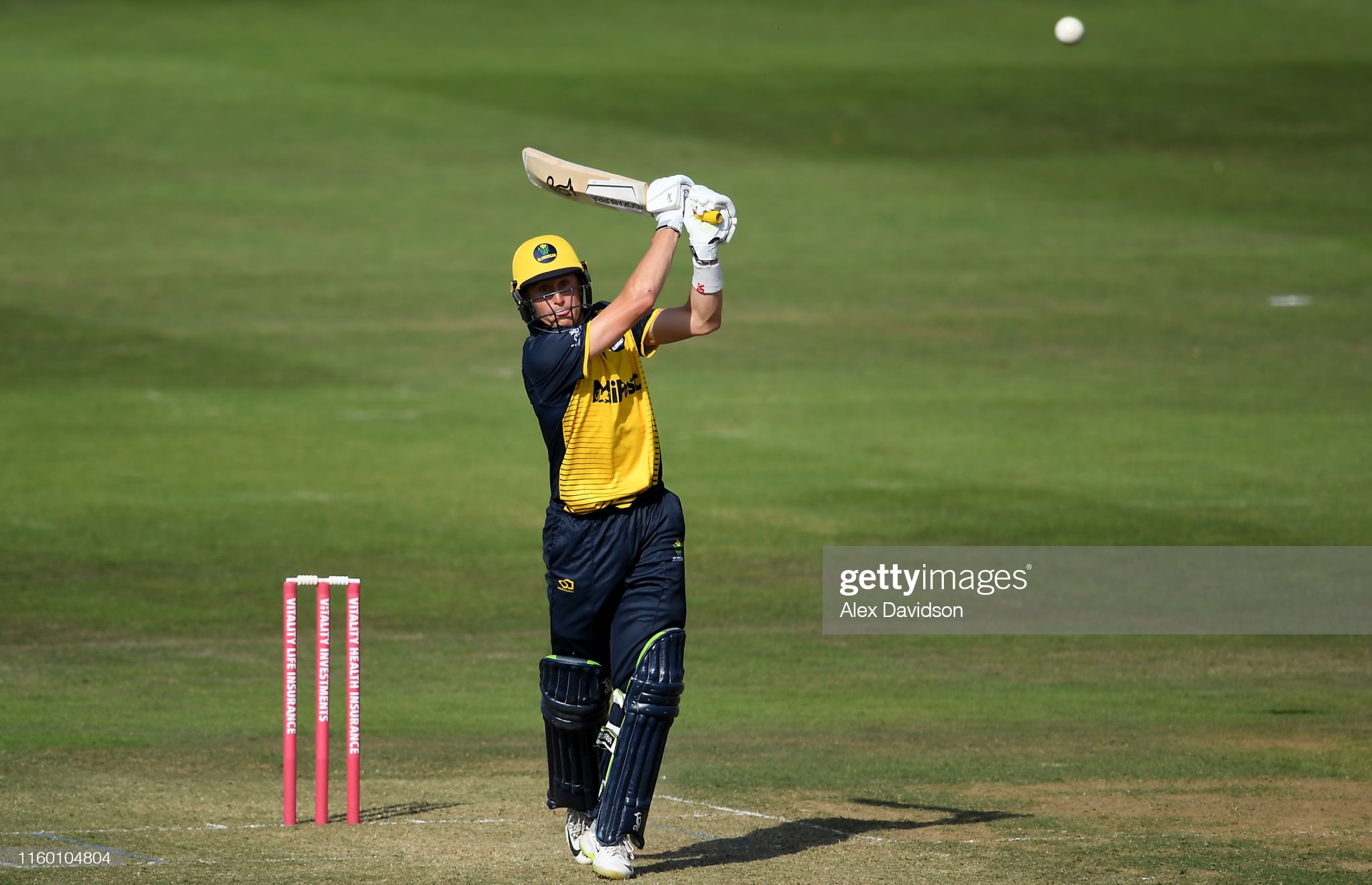 Glenn Phillips’ 44 and 30 from Benny Howell off 15 balls saw Gloucestershire post 179 for 6 in Cardiff which always looked like being a challenging total.

And despite Labuschagne’s fine innings on his Blast debut, Glamorgan fell just short against some tidy Gloucestershire bowling.

Glamorgan weren’t helped by batting second and the fact there were no floodlights available at Sophia Gardens as the skies darkened.

Labuschagne admitted: “I’m still thinking about where I could have found those extra five runs and taken the game on a little bit more.

“I’m evaluating that so I know when I’m in that situation again I can get us over the line.

“Pleasing to get some runs but disappointing not to get us over the line. I never doubted I could get a fifty in T20 cricket but for me it’s about winning games with Glamorgan, Australia or Queensland.

“Early on my strokes weren’t too different (to longer formats) but through the middle of the innings it looks a lot different in terms of targeting the right areas, it’s a new and exciting challenge.

“It’s nice to have the crowd back so it would have been a pity if we’d had to go off (because of bad light as the floodlights were not functioning).”

Gloucestershire won the toss and chose to bat.

The Welsh side opened with spin at both ends and Andrew Salter cleaned up Miles Hammond in his first over. Ian Cockbain then skied to Timm van der Gugten at mid-on off the bowling of Ruaidhri Smith for 16 as Gloucestershire reached 34 for two from their first six overs.

Gloucestershire struggled in the first powerplay, but Phillips got the scoreboard moving with consecutive sixes and then a four off Salter.

Just when Gloucestershire looked like they were getting going, Chris Dent was caught superbly by Kiran Carlson for 20 from the bowling of Dan Douthwaite.

Carlson did brilliantly to get down low on the cover boundary. Phillips was the mainstay of the Gloucestershire innings as they went past 100 in the 13th over.

But he fell short of 50 to the part-time spin of Labuschagne when Nick Selman took a fine catch on the mid-wicket boundary.

Labuschagne followed in Selman’s path with another boundary catch to dismiss Jack Taylor, but Gloucestershire finished with a flourish as Smith’s 18th over went for 16.

David Lloyd’s fine form continued as he started Glamorgan’s reply with a quickfire 28 which included two sixes before he was clean bowled by Josh Shaw. Labuschagne edged his first ball for four.

Selman soon followed Lloyd back to the pavilion and when Colin Ingram was clean bowled by Shaw for just a single Glamorgan were 46 for three from the first powerplay.

Labuschagne and Chris Cooke rebuilt the innings to take Glamorgan to 80 for three at the halfway stage and Cooke was dropped on the midwicket boundary in the 11th over.

Cooke wasn’t so lucky when he was caught by Hammond from the bowling off Tom Smith for 26 leaving Glamorgan’s chase in the hands of Labuschagne.

He did go to the game’s first half century from 36 balls, but Carlson went for 14, Douthwaite was lbw first ball and Salter was run out for a duck trying to keep Labuschagne on strike.

Labuschagne gave it everything, but he needed 19 from the last over and couldn’t find the boundary enough despite a six from the last ball as Ryan Higgins held his nerve.

Labuschagne’s innings was a career best in Twenty20.

One thought on “Marnus Labuschagne Gives It Full Blast On T20 Debut For Glamorgan But Insists: I Came Up Short”