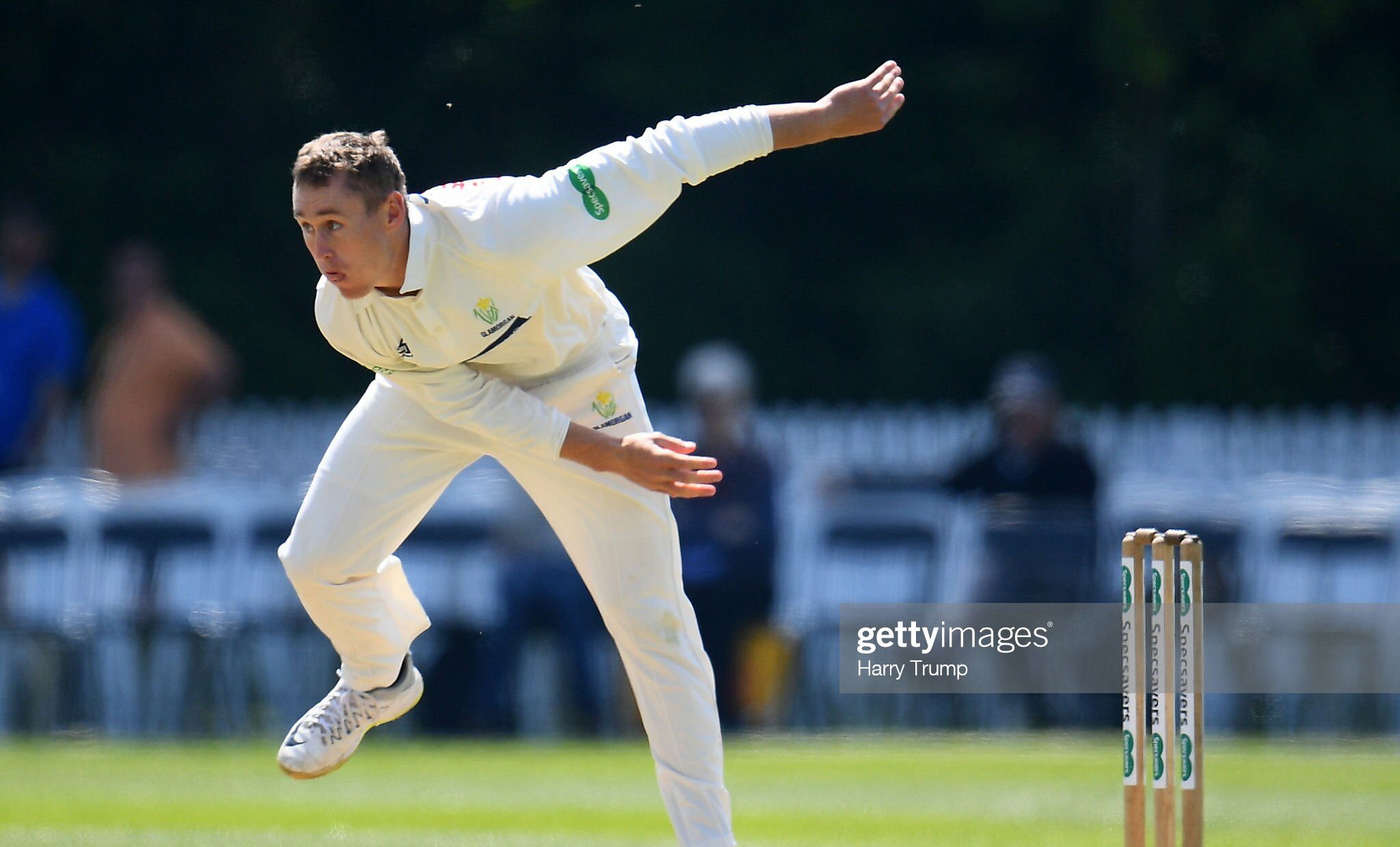 Most Glamorgan members would have arrived at Sophia Gardens yesterday hoping to see Marnus Labuschagne bag another century in their County Championship match against Leicestershire but instead they were treated to watching him star with the ball and field with energy, passion and humour.

The Australia international took 3-65 with the ball and very nearly had a hat-trick after taking two wickets in two balls.

“It was a really good finish for us today, from the position we were in,” said Labuschagne.

“It was a pretty good wicket to bat on, not much pace but a little bit of nip with the second new ball so really happy with where we finished up.

The visitors finished the first day on 285 for eight and lost six wickets for 117 runs in the final session after tea.

A career best 82 from Rishi Patel and a well-made 64 from Hassan Azad had given the Leicestershire hope of setting a competitive first innings score for the first time this season but a frantic evening session so those hopes fade.

“I’ve worked on a few things in the winter and the confidence was always there,” added Patel.

“I’ve been a bit unlucky with injury missing the start of the season, but it’s been nice to get a few runs and hopefully it continues.

“Not losing a wicket in the first session was vital, a perfect start and it made my life easier coming in at three, it was a nice pitch to bat on once you got yourself going.

“There were a couple of unfortunate dismissals which ruined that last session so we’ve got a lot of hard work in the morning.”

Paul Nixon’s men were well placed at tea on 168 for two, before two Marnus Labuschagne wickets and two preventable run-outs meant that their middle order made limited impact

Having won the toss and put Leicestershire into bat, Glamorgan would have been hoping for some early wickets to justify that decision but their six seam-bowling options were unable to make a breakthrough before Labuschagne’s spin proved to be the key.

Barring some lower order brilliance, Leicestershire will be looking to fight their way back into the match.

Given how well things had gone for Leicestershire in the first half of the day Glamorgan will be delighted with their efforts after the tea break.