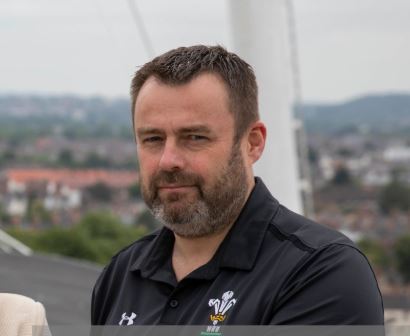 Martyn Phillips insists he will continue to negotiate with players over wage cuts even though he believes consultation leads to unrealistic expectations.

The Welsh Rugby Union chief executive has admitted the current 25 per cent temporary reductions are likely to be only the start of a process of more financial pain for players employed by the Welsh regions.

But he also seemed to suggest he thinks listening to others simply creates a false hope they might get what they want.

In the context of current talks on re-shaping the global season – negotiations he is involved in – Phillips said in an update to clubs, “The global season will also require compromise.

“I have been involved on the small working group tasked with consulting with players, other unions and tournaments to help find a long-term solution.

“Nobody will get everything that they want, but the opportunity is there for everyone to have a season structure which is better going forwards.

“In my experience, when you consult as widely as we have, the challenge can be that you create a situation where people interpret consultation as an indication that they will get exactly what they want.

“Clearly, that is rarely the case but I very much hope that, whilst at individual level there will be compromises required, the end result – based on continuing consultation – will be infinitely better for rugby as a sport and in particular for players, supporters and commercial partners.”

After confirming that the WRU will require a fresh round of borrowing to help it survive the “extreme” aftershock of the coronavirus crisis, Phillips has stated there is the potential for longer term player wage cuts to follow.

An extended pay reduction for top players could be the next step, with Phillips admitting the temporary 25 per cent cut agreed early in lockdown was now being re-evaluated.

“Back in April the players agreed to temporary wage cuts to help us through the crisis, again for which we are grateful,” he said.

“We are now in further discussion, the first step of which is a responsibility of the PRB (Professional Rugby Board) to, as transparently as possible, set out the financial situation and then work together with the players to find options that both safeguard the game and also deliver to the players’ personal situations.

“There is a requirement for continued dialogue over the next few weeks to explore options and land on a way forward that works for all parties. I’m sure we can achieve this together.”

The governing body has pledged to use the new loan funds in three ways – to protect its planned investment into the recreational game, to push ahead with developing women’s rugby and to act as a lender to the four professional regions.

“Given the financial shock of this pandemic the only solution is to increase our borrowing,” said Phillips.

“We are working hard to secure a loan and, importantly, on terms that allows for repayment over a number of years.

“So, whilst the current financial hit is extreme and focused, we will look to smooth and dampen its ongoing impact through a manageable repayment profile and interest rate.

“The professional game will bear the responsibility for servicing the loan, but will also benefit from any bounce back of any financial revenue over performance in future years. Meaning, in that regard, the professional game bears both the risk and the reward. Our goal, like with our semi-professional and community clubs, is to ensure all four regions survive this crisis.”