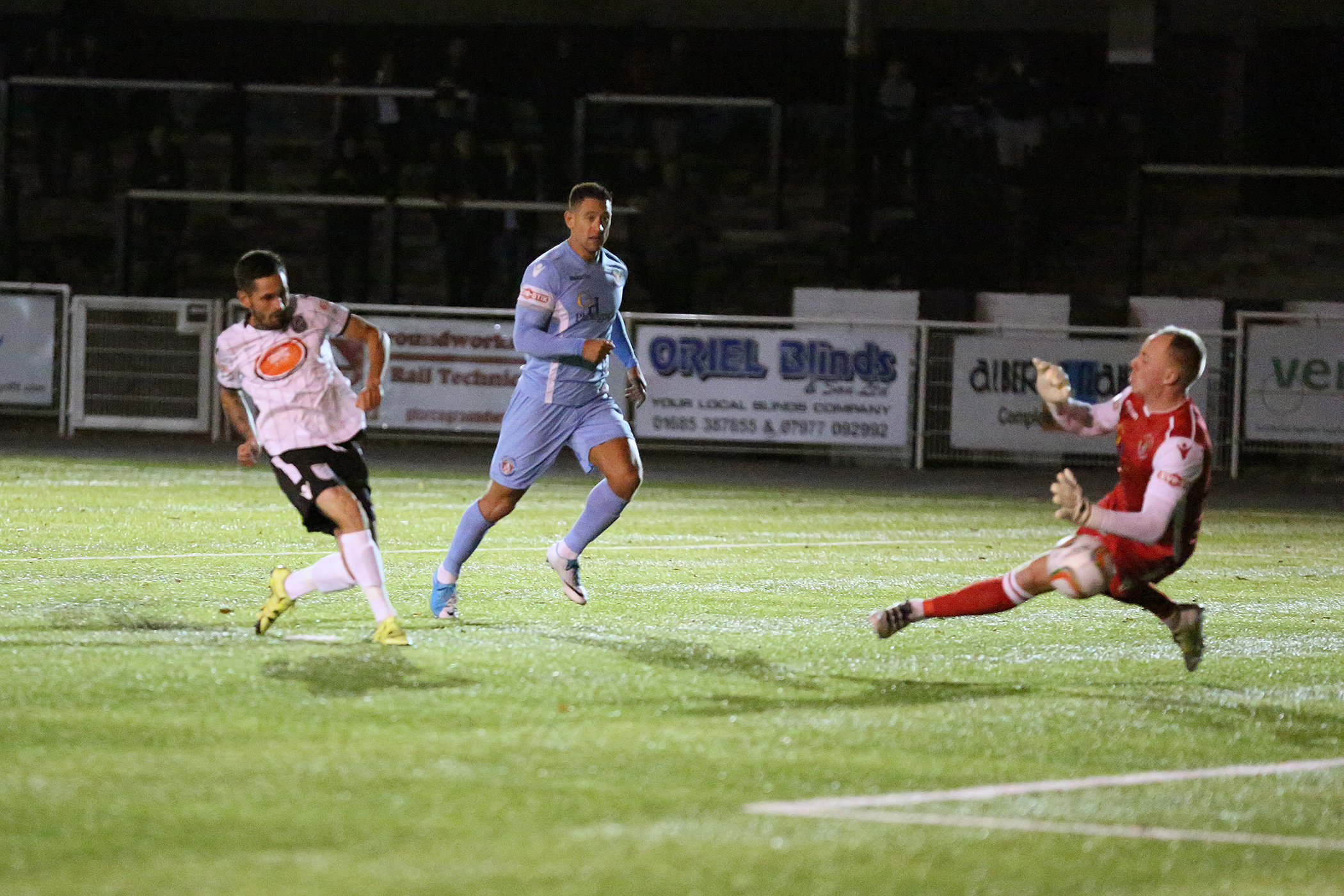 Merthyr Town are intent on firing up their EvoStik Southern League play-off hopes when they travel to South Bucks on Saturday (3pm).

The Martyrs take on Beaconsfield Town, who are two points behind the Welsh club, at Holloway Park, and then entertain title-chasing Weymouth at the MetCoaches Community Stadium in Merthyr next Tuesday.

Merthyr then have another home date, against Hendon on Saturday, February 16.

Manager Gavin Williams was able to strengthen his squad in January, adding Jamie Veale, Ben Swallow plus Jay Foulston, and Merthyr have earned four points from their last two fixtures.

Tenacious midfield player Veale, aged 21 and from Merthyr Tydfil, made the move from Cardiff City’s under-23 development team, while Barry-born Swallow switched to the Martyrs on loan from Weston-super-Mare.

He helped Newport earn promotion to the Football League in 2013, scoring two goals in 23 appearances.

Swansea-born defender Foulston, a 19-year-old centre-back, is on loan from Newport until the end of this season.

The arrival of the three new boys eased the pressure on a squad hit by injuries to Craig McDonnell, Kyle Patten, Joe Hunt and Corey Jenkins. McDonnell looks likely to be out for the rest of this season, while Merthyr are assessing the progress of the other three.

Merthyr were left without a fixture last weekend because of the bad weather. Their scheduled home fixture against Dorchester Town was due to be played at the MetCoaches Stadium, but heavy snow meant it had to be called off.