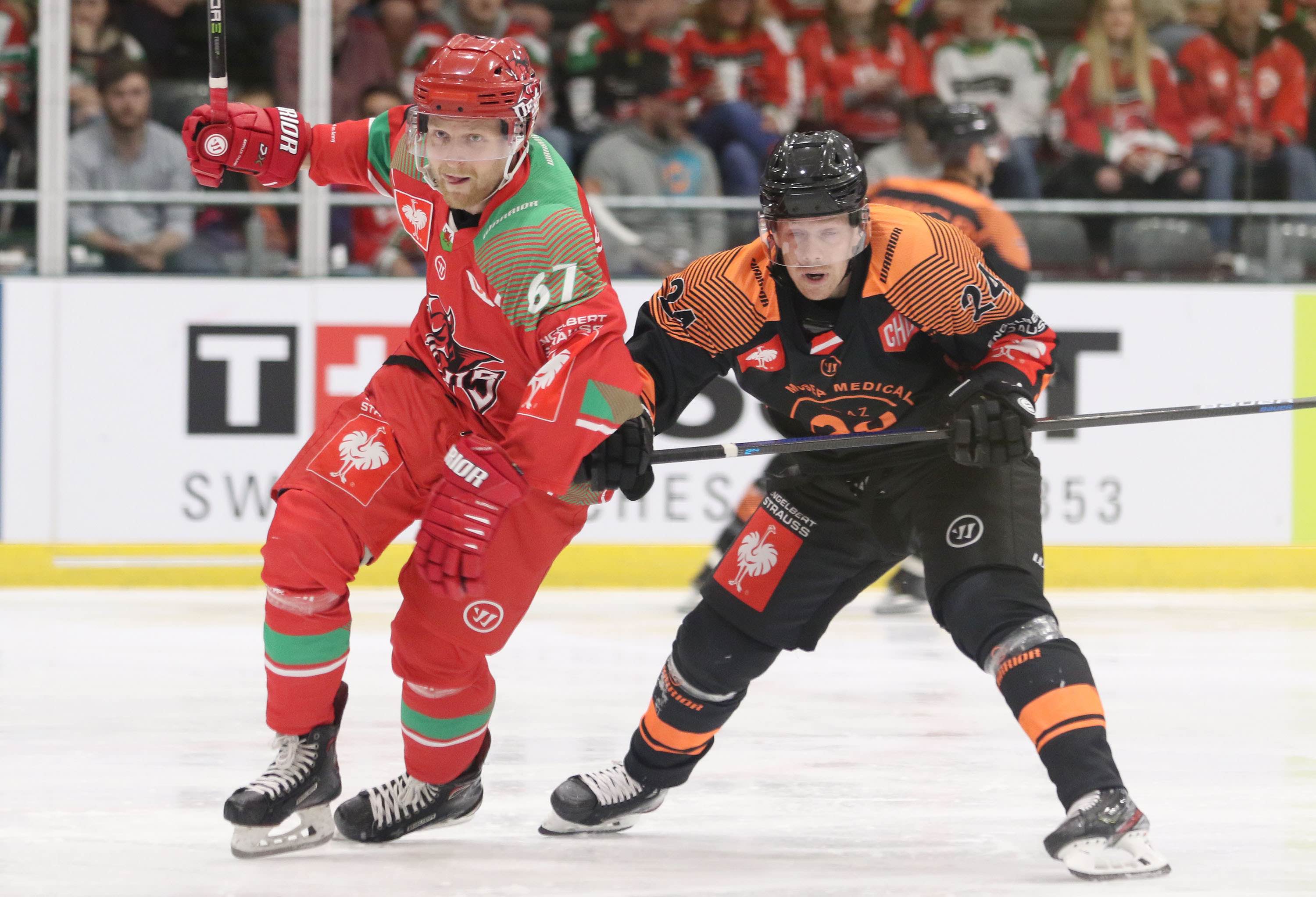 Dai Sport’s Terry Phillips sat down for a one-to-one chat with Cardiff Devils winger Matias Sointu after a training session at the Viola Arena.

Sointu and his Devils team-mates are intrigued to experience the effect of a new standing area at the Viola Arena, being trialled during Saturday’s Challenge Cup home clash with Coventry Blaze.

Cardiff have changed block 13 at the Viola Arena into a standing section and managing director Todd Kelman says: “We are hoping this will inspire the same kind of atmosphere, we had for CHL games.

“Even if you’re not standing, join in with the chants and let’s make it a night to remember at the Viola Arena.”

Sointu has slotted in alongside Sean Bentivoglio and Stephen Dixon on a line that is causing problems for opposing teams in Elite League ice hockey and says: “There is a good atmosphere in our rink and it’s great to play there.

“The Champions League experience was excellent and Devils fans were fantastic. It felt like a home game in Graz because so many fans had travelled to Austria.”

Sointu, a former team-mate of fellow Cardiff forward Masi Marjamaki in the Finnish Elite League from 2010 to 2013, signed for Devils after Martin suffered a niggling injury.

“I did not have a contract and was looking for the right chance,” says Sointu, who played for IK Oskarshamn of the Swedish Allsvenskan League last season.

“I worked out through the summer and was skating regularly – I was ready to go as soon as the right offer came in.

“It was a quick decision. Everything was agreed in 24 hours and I was a Devils player. This is a good organisation and there are really good players in our team. Loads of skill.

“We agreed a one month contract and we’ll see how it works out. It feels good to be top of our CHL group with two fixtures left, while we need some positive results this weekend.

“I asked the guys about Elite League ice hockey and the Challenge Cup when I arrived and they simply said ‘Don’t worry – we just do everything possible to win every game’.

“There is no question I am enjoying my time in Cardiff.”

Devils are at home to Coventry at the Viola Arena tonight (Saturday) before travelling to Sheffield Steelers for an EIHL fixture on Sunday.

Sointu has played the majority of his professional hockey in the top league in Finland with Ilves and TPS. In 2018, he played a major part in the surprising run to the Austrian title for Bolzano, who beat Red Bull Salzburg in the play-offs finals that season.

He adds a lot of speed to the Devils line-up and highly effective offence, scoring five points (1+4) in three CHL appearances.

The Tampere-born forward, aged 29, is happy to be playing for Cardiff Devils and, personally, I wouldn’t be at all surprised if he stayed for the rest of this season.

Big-hitting forward Saku, now aged 41, is from Hattula in Southern Finland. He played 82 matches for Devils between 1998 and 2000.

Playmaking centre who, like Marjamaki, is from Pori in Western Finland. Tahtinen its now aged 41 and retired from playing two years ago.

Tahtinen arrived in Cardiff after a 3,000-plus miles journey from Kazakhstan where he had been playing for Arystan Temirtau.

Joined the under-18 set-up at Tampere-based Tappara in 2007 aged 16. Played  36 times in Finland’s top professional league.

American D-man who played 12 matches for Devils last season before leaving to sign for Finnish club Tappara. Made 37 appearances for his new club and will play for them again next season.

Cardiff Devils results plus fixtures over the next month: