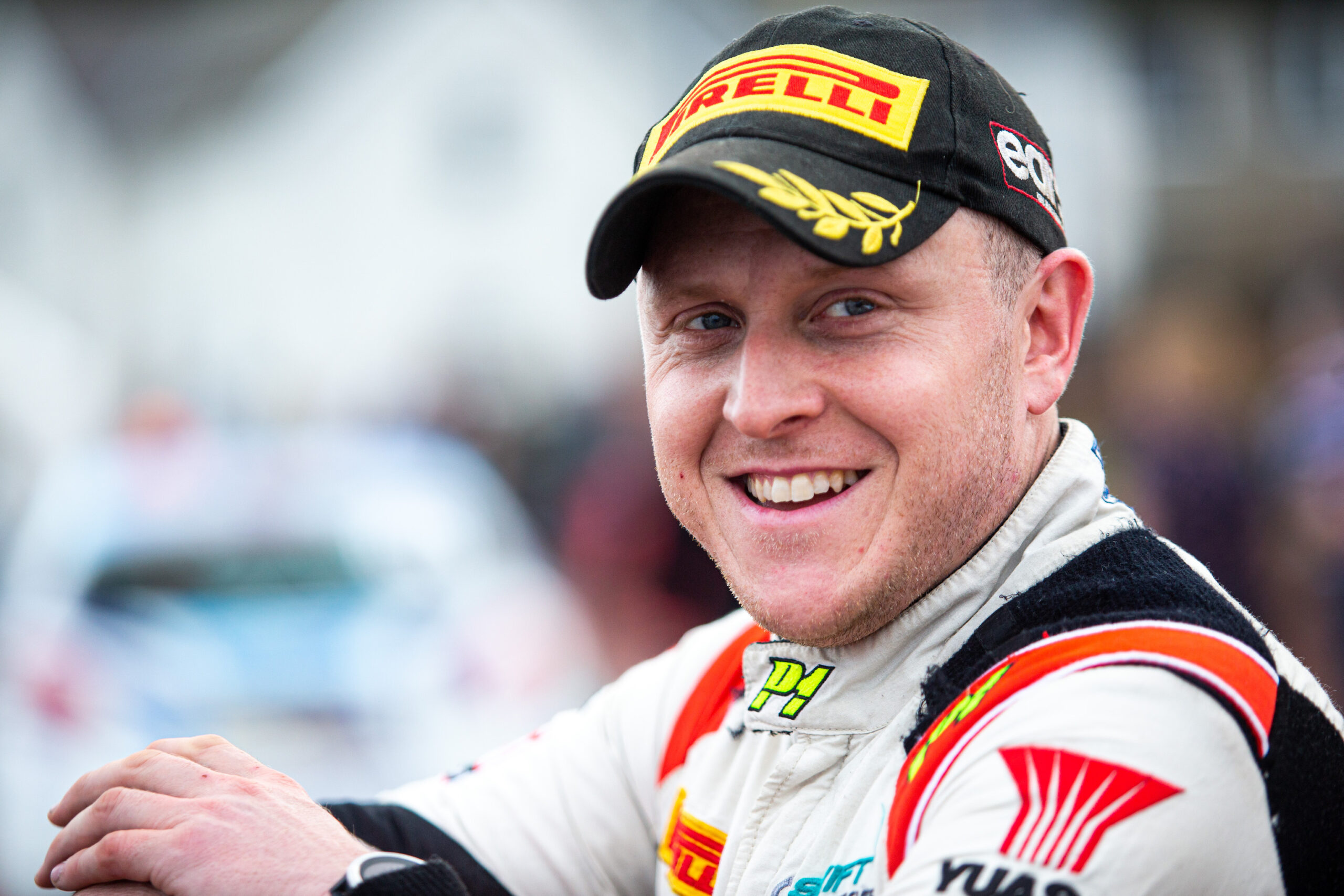 Matthew Edwards' wait to compete in a modern R5 car is finally over.

Having won a third British rally title last November, Matt Edwards’ wait to compete in a modern R5 car is finally over.

After a frustrating seven months, Edwards will contest this weekend’s Donegal International Rally (17-19 June) in a Pirelli-shod Citroën C3 R5.

The Colwyn Bay-based driver hasn’t been sitting around twigging his thumbs all this time. Far from it.

Whilst top drives are few and far between, Edwards has been dominating the Pirelli Ravenol Welsh Rally Championship historic scene with three wins out of three in a forty-year-old Fiat Abarth 131.

He’s also one of the world’s most in-demand driver coaches and is constantly on the road.

But don’t feel sorry for him, as several trips to Barbados to coach this year has its perks!

But that is little reward after becoming the first driver to win the British rally championship three times in a row.

A move up to European or World championship didn’t materialise, the chance to contest the Irish Tarmac championship fell apart at the eleventh hour and Edwards didn’t even have the opportunity to stay in the BRC.

So, when the chance to compete in Donegal, over some of the world’s best asphalt stages, came along in a R5 car, Edwards didn’t need any persuading.

Unfortunately, he did need to go out and find sponsorship – something that he’s all too familiar with doing, but which is becoming a much harder, drawn out and demoralising process.

Finally, the deal was done for Edwards to contest Donegal in a car he’s never driven before, a Citroën C3 R5, and with a new co-driver, David Moynihan.

“I’ve never been to the Donegal Rally before, not even to watch, but having worked with Pirelli in this year’s Irish Tarmac Rally Championship I know what an important event it is and how highly regarded it is held in Irish motorsport,” says Edwards.

“It’s one of the all-time classic Irish rallies and there are some legendary stages like Atlantic Drive, Knockalla and Fanad Head which I am really looking forward to.

“I’ve not done a rally of that length since Wales Rally GB in 2019, so it will be a good test of speed and endurance and I’m keen to see how I’ll get on.

“It’s also my first event in an R5 car since last year’s Ulster Rally, so after such a long layoff it will be interesting to see how quickly I can get up to speed in a modern car.

“It will certainly be a lot different to the gravel rallies that I’ve been doing this year in a historic-spec Fiat 131 Abarth!

“I’ve never driven, nor done any driver coaching in, a Citroën C3 R5, so that will be a completely new car for me. It’s always good to gain experience with something new and it will be interesting to compare the C3 to the Ford Fiesta, Hyundai i20 and Volkswagen Polo R5 cars that I’ve competed in.

EDWARDS: 3-time British rally champion, Matt Edwards in his Fiat 131 Abarth waiting for the start of Rally North Wales 2022 in Dolgellau this morning.

“It will be the first time that David [Moynihan] has co-driven for me, although we have talked about it many times.

“We have been working together this year with Pirelli in the Irish Tarmac Rally Championship and it’s because of David’s contacts in Irish motorsport that the idea to do Donegal together has developed into reality.

“I’m very grateful to him as it wouldn’t be happening without all his hard work.

“I’d like to take this opportunity to thank my sponsors, namely Pirelli, Waste Water Solutions, ND Civils, Disten Property Maintenance, C&M Motorsport Sales, Sligo Pallets, Carbon Positive Motorsport and a couple of silent backers who are helping behind the scenes.

“The aim for Donegal is to enjoy three days of great rallying, gain experience in a new car and do the very best we can. It’s a fantastic entry, the competition will be fierce and I’m looking forward to competing on some of the world’s best asphalt stages in an R5 car.”

Edwards has been seeded at number five, while Meirion Evans/Jonathan Jackson will start at number seven in their Scan Station-backed Volkswagen Polo GTI R5.