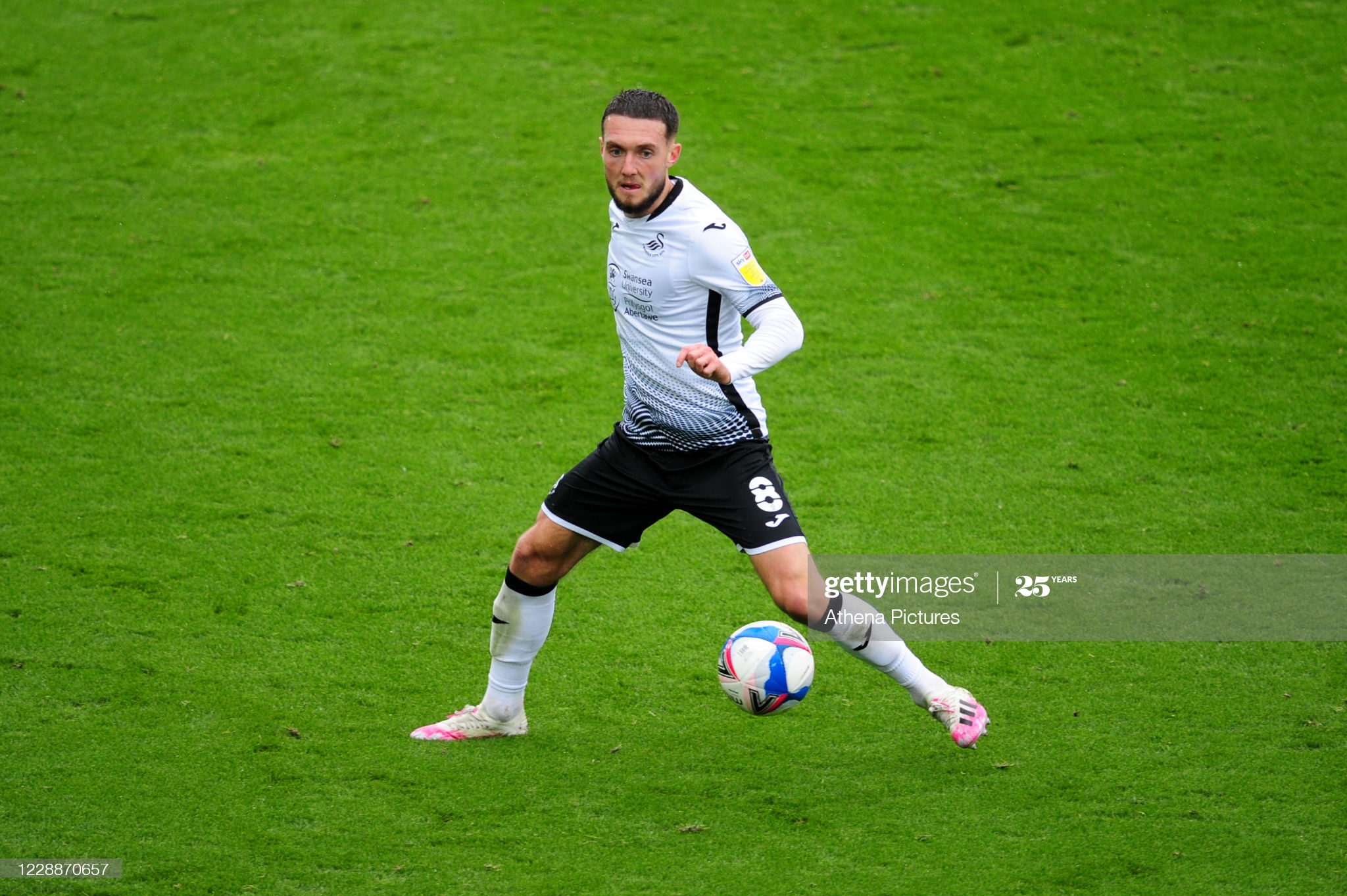 Swansea City skipper Matt Grimes believes the squad is maturing all the time as they look to maintain their impressive start to the Championship season.

The Swans have picked up 10 points from the first four games with the only points dropped the home draw with Birmingham.

But when you include the tail-end of last season when they charged into the play-offs, then Steve Cooper’s side have won nine of their last 15 league games, losing just two.

“I think we’ve made big strides in that over the past year or so,” said the midfielder who has played every minute of the Swans last 85 league and play-off games.

“Obviously, it was a frustrating draw against Birmingham, but you look at us facing Preston away, Wycombe away and then a tough home game against Millwall.

“To win three out of four with three clean sheets is a really good start.”

Grimes, speaking to swanseacity.com, added: “We have kept ourselves unbeaten, we have had to battle in games. It shows the maturity of the group.

“We look in a good place, we played some good stuff against Millwall and won the game. I don’t think you can complain with the start we’ve had.”

And Grimes is confident Swedish striker Gyokeres – signed on loan from Brighton – will add the forward power to make the cub even more of a threat after the international break.

“The new boys have settled in really well,” added the 25-year-old who joined the club from Exeter City.

“Viktor has recently come in and you could see what he’s about already coming on and being a handful for the back four.

“Korey (Smith), Morgan (Gibbs-White) and Jamal (Lowe) have all fitted in perfectly. It’s coming together nicely.”