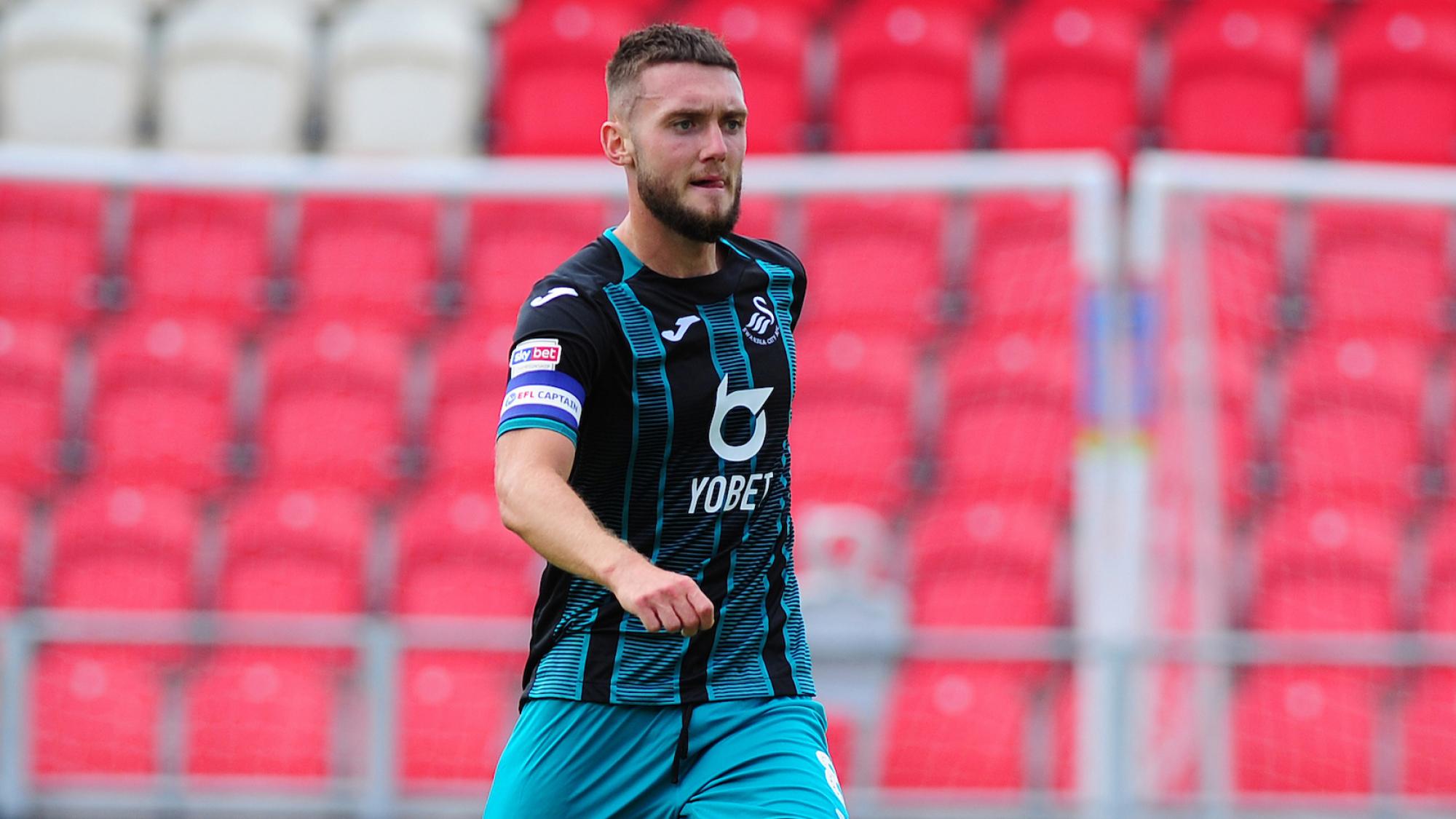 Swansea City has played every minute of the Swans last 85 league and play-off games.

Matt Grimes says he was honoured to be made Swansea City captain in their pre-season fixture against home town club Exeter City.

Grimes, 24, faced his former club for the first time since sealing his move from St James Park to the Liberty Stadium in January 2015.

“It was a real honour for me, and I was a little bit speechless when the gaffer told me,” he said.

“I was really happy to do it for the team and hopefully I can be a leader.

“I like to think I lead by example. I’m not the biggest talker and I tend to leave that to a few of the other lads, but I am more than happy to take on any responsibility and lead the team.

“Exeter is a special place for me.

“It is my home town club so I don’t think I will ever get to a point where I don’t know everyone here. So it was nice to come back, and even better that we gave a good account of ourselves.”

Bersant Celina scored twice for Swansea in their fourth successive pre-season win. Nathan Dyer added a third early in the second half and, although the hosts pulled one back through a Nicky Law penalty, the Swans ran out comfortable winners.

Kosovo international Celina fired Steve Cooper’s side ahead with a stunning free-kick and followed that by rounding off a lovely team move.

“It was another step forward in terms of getting to where we want to be by the start of the season,” said Cooper.

“In the first half particularly we played some excellent stuff. It’s the way we want to go this year, dominating possession and playing attractive football that hurts the opposition.

“I felt we did that, we scored the two goals and I felt we were capable of scoring more than that.

“I liked us with the ball in the first half, but I liked us without the ball too, which is going to be a really important aspect to how we do this year.

“We are now showing we have a real intent to get the ball back when we haven’t got it, starting with the players high up the pitch.

“We are into a nice week now. We play Bristol Rovers on Tuesday and then head back to the Liberty Stadium, which will be nice for everybody against a top opposition.and allow us to be ready for the start of the season against Hull.”

Swansea now have friendlies against Bristol Rovers away and Italian club Atalanta at home before they kick off the Championship season against Hull next month.

The Swans made four changes from the starting line-up against Yeovil, when the Swans won 6-1. Erwin Mulder, Kyle Naughton, George Byers and Barrie McKay stepped in with Kristoffer Nordfeldt, Connor Roberts, Jay Fulton and Wayne Routledge dropping to the bench.