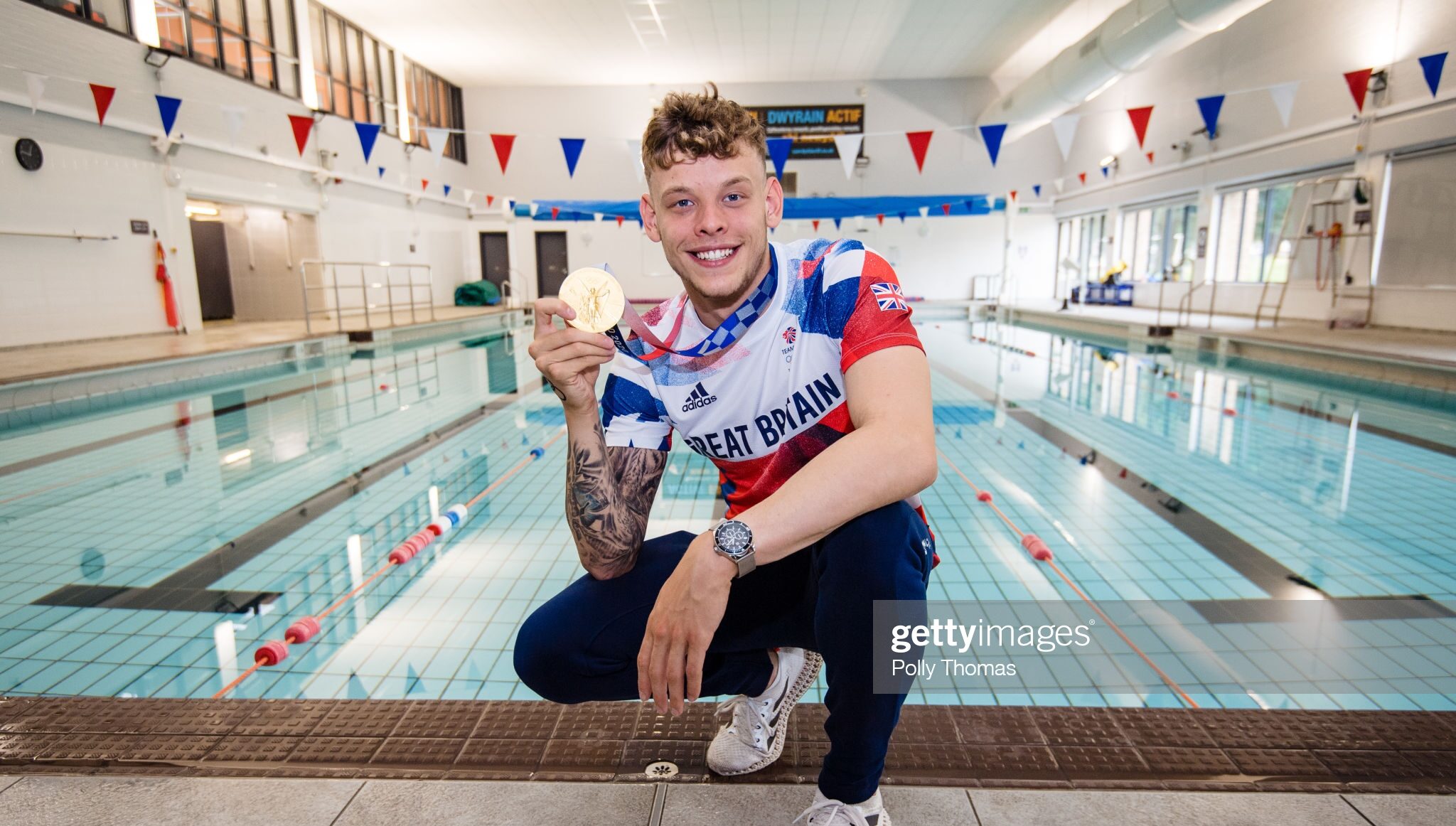 Olympic champion Matt Richards has been backed to start fine-tuning his season for next year’s Commonwealth Games after being named in the Great Britain swimming squad for the World Short Course Championships.

Richards will be joined by another Welsh Olympic finalist, Dan Jervis, for the championships in Abu Dhabi in December.

It will be the first outing for the Welsh pair under the GB banner since Richards struck gold in the 4x200m freestyle relay in Tokyo and Jervis finished fifth in his 1500m freestyle final.

But the significance of the event is that it ushers in a huge year of competition for both men in 2022 with the World Championships, European Championships and Commonwealth Games to come.

Both Swim Wales stars are expected to be key medal prospects for Team Wales in Birmingham next July.

British Swimming’s national performance director Chris Spice said: “There have been so many incredible performances from our swimmers in 2021, and this World Short Course Championships will be a final opportunity in the year for them to test themselves against the world’s best.

“The short-course nature of the meet provides unique chances for the athletes to fine-tune certain race techniques and skills as we gear up for what will be a non-stop year in 2022, with World Championships, European Championships and Commonwealth Games.

“It will also be good for this tight-knit team to come together again.

“One highlight of our Tokyo experience was how close the entire team were, helping each other throughout the Games – and meets like this one in Abu Dhabi play their part in building those vital bonds.”

Besides Richards, three other Olympic champions have been included in Great Britain’s team.

Tom Dean, Duncan Scott and Freya Anderson have all been included in the 13-strong team heading to the United Arab Emirates for the meeting between 16-21 December.

Anderson was part of the mixed 4x100m medley relay triumph.