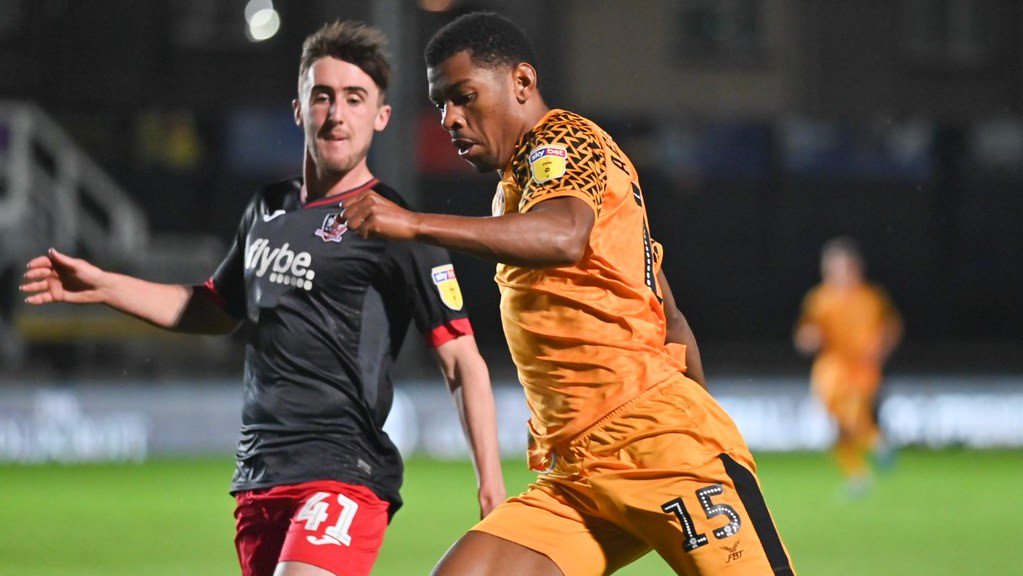 Newport County look on their way out of the Leasing.Com Trophy, but manager Michael Flynn won’t worry about that one bit.

They lost 2-0 against Exeter City at Rodney Parade and lie bottom of the group table after suffering two defeats.

Flynn made 10 changes to his starting line-up from the win against Carlisle United with Matty Dolan the only player to keep his place.

Dominic Poleon make his first start for the club, while academy prospects Elis Watts and Dominic Jefferies were called in.

Exeter matched the Exiles with Tom Parkes the only survivor from their 1-1 draw at Crewe.

Now manager Matt Taylor and his Exeter team, who are second in League Two, are focused on their fixture against leaders Forest Green at St James Park in Devon on Saturday.

Flynn, whose County team are third and don’t have a fixture this weekend, will take a great interest in how that game goes.

“We missed opportunities during the first half,” he said. “We should have gone in three up, but didn’t take our chances. After half-time we just didn’t do as well as we could.

“I was impressed in the second half with how much Dom [Poleon] kept working. He hasn’t played much lately and didn’t have a pre-season, but he kept going and looked quite strong towards the end.

“George Nurse and Ryan Inniss were extremely good and Dom Jefferies did well during the first half.

“The players might have an extended weekend off, but they’ll be in Wednesday and we’ll go from there. It’s not often you a chance to recharge the batteries and it could be a good thing.

“The boys have put a massive effort in so far this season so let’s recharge them ready to go again for the next 12 games.”

Newport’s next League Two fixture is against Scunthorpe United at home on Saturday, October 19.

Flynn’s team could yet progress in the Leasing.Com Trophy if they beat Cheltenham Town away on Tuesday, November 12, but it looks a long shot now.

Stand-in captain Matt Jay scored Exeter’s goals after 40 minutes and 71 minutes, while Newport created chances and were unable to take them. Goalkeeper Jonny Maxted made some good saves, while County’s finishing was woeful.