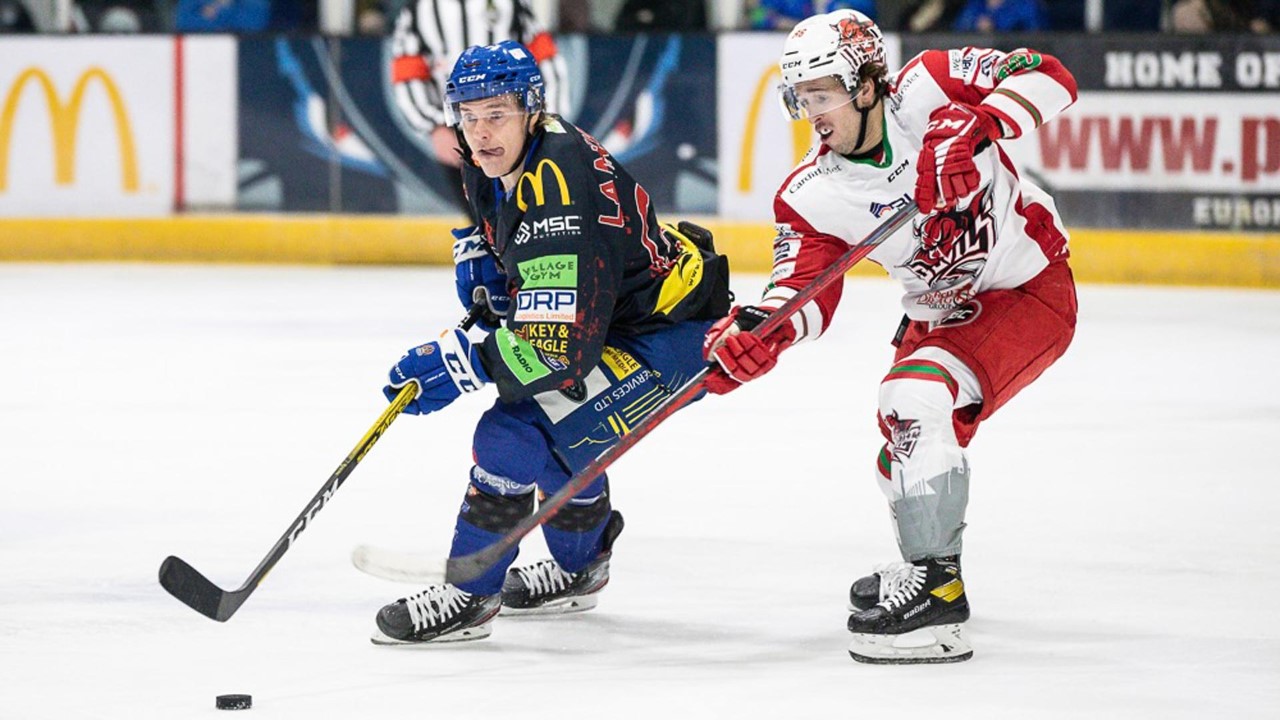 Consistency might well be the buzz word around the Cardiff Devils locker room heading into this weekend’s games against the Coventry Blaze and the Fife Flyers.

The Devils are finally edging towards a clean-bill of health and the aim must be to come away with back-to-back wins, that would see the inconsistent Devils string together three successive victories for the first time this season.

Jarrod Skalde’s team blew hot and cold last weekend capitulating in a sorely disappointing 3-0 loss to the Nottingham Panthers, before managing to restore some pride with a 5-2 win away in Coventry the next day.

They face Coventry again in the Challenge Cup on Saturday night at Ice Arena Wales where fan-favourite Brandon McNally is expected back.

Remember, remember the 6️⃣th of November 😈💥

The 29-year-old has not played for six weeks after sustaining an injury against the Guildford Flames on 25th September. He becomes the latest forward to become available following Cole Sanford’s recent return but Brodie Dupont will not return this weekend.

Having already secured qualification from the Challenge Cup group stage, Skalde has the ideal opportunity to carefully reintegrate McNally back into action before travelling to Fife, where the Devils will be targeting league points.

“Sometimes you get a little bit disconnected – you don’t get to hang out with the guys all the time and it’s tough and just frustrating most of the time, but the guys have been playing well and I’m excited to come back,” said McNally on his time off the ice.

The Devils will need to contend with a defensive shortage against Coventry after Mark Louis was retrospectively awarded a one-game suspension by the EIHL this week. The league’s Department of Player Safety (DOPS) sanctioned the defenceman for his hit on Blaze forward Matthew Thompson last weekend.

Louis will return fresh for Sunday’s game against the struggling Flyers in which McNally should make his first Elite League appearance.

“Every time I play, I just try to play the hardest that I can to try and help the team. Even just watching the games when I was out, the fans were crazy and it’s mostly what made me miss playing the most so I’m definitely excited to come back,” added McNally.

Some tickets are still available ahead of Saturday’s game, check the team’s official site and socials for full details.