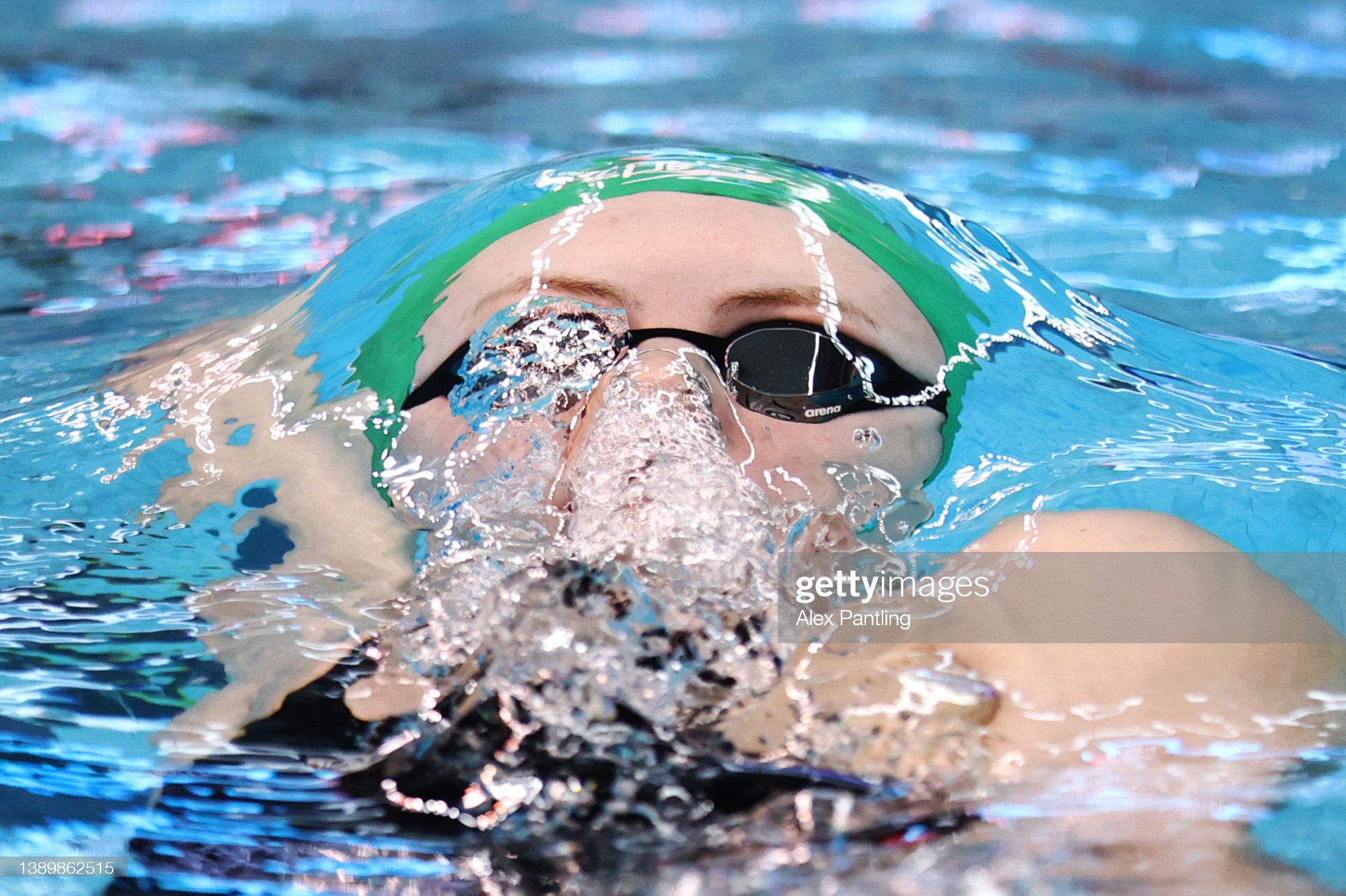 Medi Harris and Harriet Jones made it a Welsh win double at the British Swimming Championships in Sheffield on Wednesday night.

The pair claimed domestic titles to back up the first Welsh winner, Dan Jervis, who won the men’s 400m freestyle final the day before.

For Harris, this was the 19-year-old’s first British title as she cruised to victory in the women’s 100m backstroke final.

Medi Harris will be in the centre lanes alongside Kathleen Dawson after posting the fastest time of 1:00.16 in the Women's 100 back heats!

Harris, from Porthmadog, but who swims for Swansea University, justified her centre-lane berth with a brilliant swim to claim her maiden senior British title.

Fastest in the morning heats, she got to the turn first and built from there, pushing to the wall to go inside a minute – narrowly outside the World Championship consideration mark – and secure top spot.

Loughborough University’s Lauren Cox claimed silver, with Kathleen Dawson (University of Stirling) taking bronze as she continues to build back after a stunning 2021 that brought her an Olympic gold medal and a new European record.

There is plenty more in store today, we'll be rounding up last night's action and previewing what's to come shortly.

In the meantime, catch the action live 👇 https://t.co/d0ylrxNZQj

Harris said: “It’s my first senior British title. I was looking for a better time, but considering how good the girls are in that event, I’m really pleased with that.

“Competing in that field, it’s amazing. Knowing what they’ve done, they’ve set an example for all girls in the world over 100m and 200m Back, it’s so good. I couldn’t ask for kinder women to race against either, they’re so nice.

“Our coaches have worked us really hard and we’ve been putting in the hard work.

“We work well as a team as well, we pick each other up when we’re down or motivate each other when we need it. We are a really good team.”

A powerful length of the pool from @harrietjoness_ 💪

Cardiff’s Jones – who will contest the 100m Butterfly later in the meet – backed up a promising heats display with another punchy 50m of butterfly sprinting, holding off Derventio duo Sophie Yendell and Georgina Pryor in second and third respectively.

“The 50m is always a bit of fun, and then technically I want to go out a similar time, maybe just a tiny bit slower than what I’ve done there (in the 100m),” said Jones.

“The work there is about the front-end speed, so the 50m just builds into the 100m. We’ve had a good training block, everything seems to be going well, so we’ll see what the 100m brings on Sunday!”