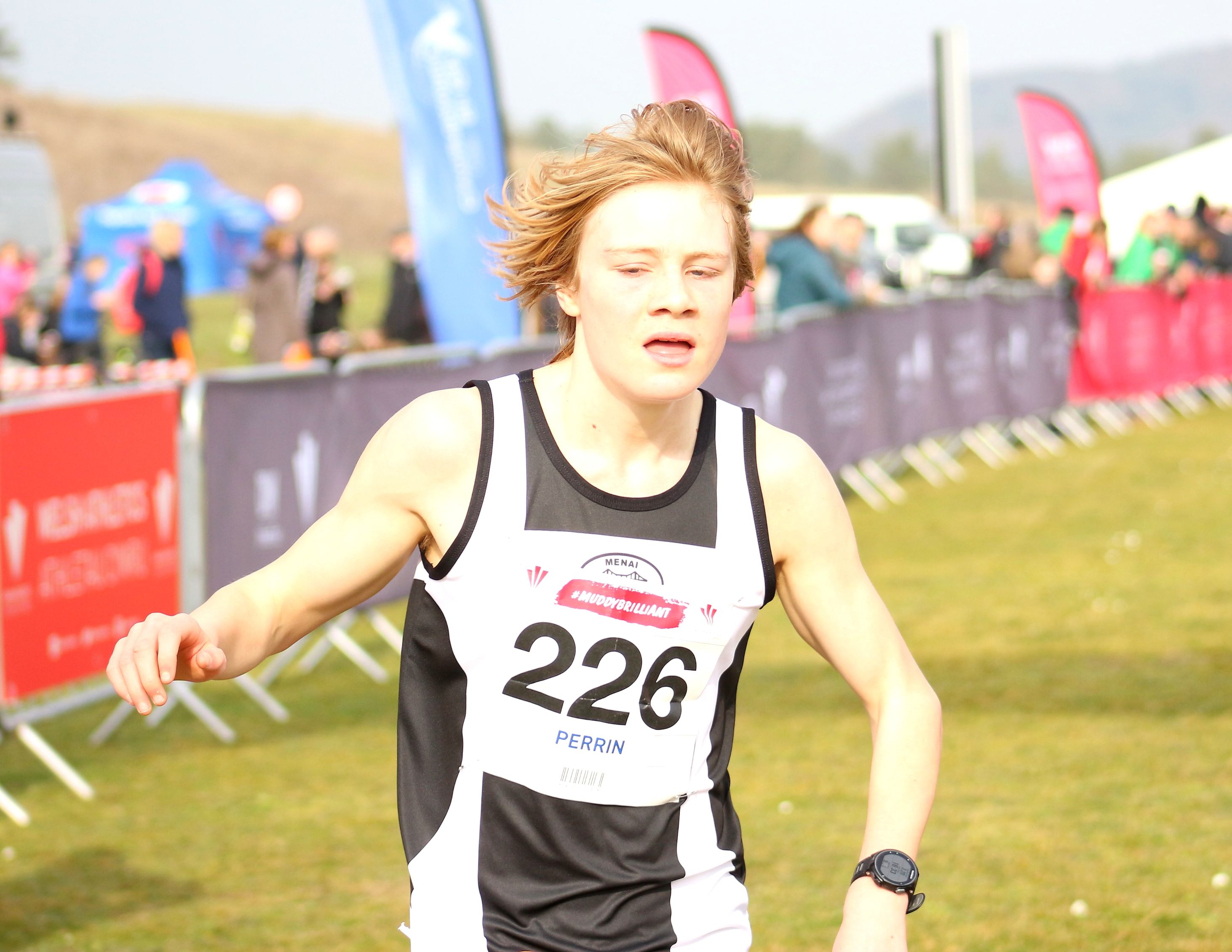 Osian Perrin broke the 42-year-old Welsh Under-17 3,000m record at the Schools International Athletics Board (SIAB) meeting at Swansea.

The Menai Bridge youngster clocked a time of 8:23.64 as he finished just over half a second behind England’s Will Barnicoat in the international match between Wales, Scotland, Ireland and England.

Perrin’s time breaks Swansea Harrier Colin Clarkson’s long-standing Welsh record of 8:25.20 set in Gateshead back in 1977 and betters his own personal best of 8:25.52 clocked at the Trafford AC Grand Prix Open last month.

And it was only just outside the meeting record of 8:20.40 which was set by Ireland’s Olympic marathon silver medallist John Treacy back in 1974.

Perrin goes ahead of the likes of Swansea Harriers’ World Athletics Championships marathon qualifier Dewi Griffiths in the all time Welsh 3,000m list and is ranked seventh in Europe this season.

Welsh schools champion Perrin said after breaking Clarkson’s record: “It was a really, really hard race, I wasn’t expecting him to take it on right from the beginning.

“Within two laps I was starting to feel it and just kept going and going. I think the first lap was something like 65 (seconds) so it was really fast.

“It was an amazing experience and to get the Welsh record which has stood for 40 years is just unbelievable so I’m really, really happy  with that race.”

Perrin’s performance was the Welsh highlight on an excellent day’s athletics at the Swansea University track.

Full results are available on the Welsh Athletics website.