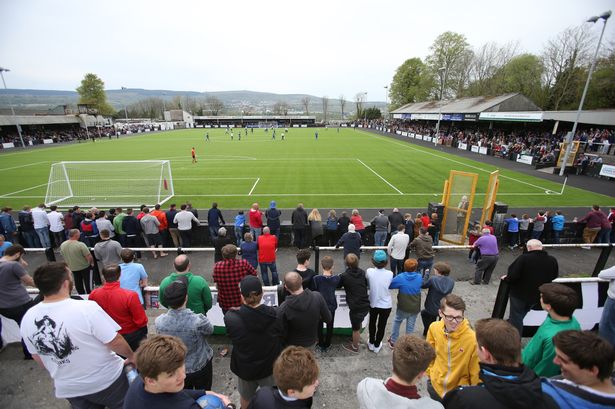 Chairman Howard King has revealed that Merthyr Town would have gone bust in November had they started the season playing behind closed doors.

The Southern League outfit have taken the decision to suspend playing in the 2021-21 season due to the problems caused by COVID-19.

The decision means the club have had to forfeit tomorrow’s FA Cup home tie with Poole Town.

“If we had tried to start the season we could have been bankrupt by mid-November,” former FIFA referee King told Dai Sport.

“With new Coronavirus restrictions in place we would have had to start playing matches behind closed doors.

“We would have run out of money by mid-November and the club would have gone bust.

“Leaving Southern League football at that stage would have mean we would probably never get back. Then we would have been at the mercy of the Football Association of Wales and possibly facing life in Welsh League Division Two.

“Southern League officials have offered us re-admission to Premier South for 2021-22. They have guaranteed that and we believe this decision is the right way to go.

“We have [directors] taken stick because we did not call a meeting of members, but we had to make the decision to pull out of Southern League football – and I expect other clubs will follow.”

The management team of Dean Clarke and Gavin Williams then had individual chats with every squad member and King says: “Fair play, they were shocked, but reacted in the way we had hoped.

“The transfer deadline is mid-October so there is time for our players top find new clubs for this season. We have taken this decision for the benefit of the club.”

Merthyr Town were due to play their first League fixture of the season at Salisbury this Saturday and have already sold tickets for that match to Martyrs fans.

The decision to call a halt will not affect Merthyr’s off-field business activities at their Penydarren Park stadium.

An official statement by Merthyr Town said: “We were in a unique position out of the 88 Clubs at Step 3, as the only one that is prevented from playing home games in front of our own fans.

“The board considered three options:

“Option One – To take games across the border and play in England. Costs increase due to ground sharing and we lose significant match-day revenue including bar, catering, hospitality boxes, match and ball sponsor, sale of club merchandise and car parking income.

Option Two – start the season playing behind closed doors. There is no match-day income generated that our business model needs, our anticipated and current financial reserves that we have already ‘ring-fenced’ to pay the playing budget would run out in late November with no fans in the ground.

“This would put the club in a position where we would inevitably be eventually trading insolvently and we could not allow that to happen.

Option Three – Request that our season is ‘suspended’ subject to an agreement that we retain our place in the Southern League Premier Division.

“There is already precedent for this course of action with Guernsey and the Isle of Man being allowed to ‘hibernate’ for a season. In order to achieve any chance of obtaining approval the request had to be made on the Friday morning, to ensure that all of the necessary steps could be taken.

“We have been advised that the National Game Board will not penalise any clubs due to the pandemic and we would also be able to retain our place in next seasons FA Cup, due to the unprecedented circumstances that we currently face.

“The board reiterate just how difficult it was making the decision in these unprecedented times. The intention was to only act with best interests in terms of the preservation and long-term viability of the club.”

The club are fan-owned, having regained their Suthern League status after liquidation.

As Merthyr Tydfil FC they were Welsh Cup winners three times and pulled off a sensational 2-1victory over Italian side Atalanta in a European Cup Winners Cup first leg at Penydarren Park in 1987.